For two decades, the craziest sequence in college football history has been called, simply, The Play.

But that’s the last thing it was.

Cal’s five-lateral kickoff return for a touchdown that shocked Stanford on Nov. 20, 1982, was not conceived. It was not designed or taught and it certainly was not practiced. The Play went:

Moen runs through the Stanford band. He crosses the goal line and rams into trombonist Gary Tyrrell.

“There was no strategy involved, or it wouldn’t have worked,” Moen said recently. “It was just a bunch of guys who wouldn’t give up. It was just a go-with-the-flow thing, keep the ball alive, don’t give up.

“That’s the unique thing about The Play. It wasn’t a play.”

By any name, it elicits almost as much amazement, debate and passion today as it did on that unforgettable Saturday in Berkeley. In commemoration of the 20th anniversary, the San Jose Mercury News presents six things you might not know about The Play:

No penalty was called, but two days after the game, Wiles Hallock, the Pacific-10 Conference executive director, issued a statement:

“The videotape replay shows without question in my mind that Cal had only four players within 5 yards of the receiving restraining line . . . . A fifth player, on the far side of the field from the official responsible for the counting, was close, but not there in my judgment.”

The Play should have been blown dead, with a 5-yard illegal-procedure penalty assessed against the Bears.

2. Garner’s knee was down

The controversy has raged for 20 years: Was Garner’s knee down before he lateraled to Rodgers? The Cardinal is adamant: absolutely. The Bears are indignant: “The official didn’t call him down,” Moen said, “so he must not have been down.”

Garner, the third player to handle the ball, gained possession at the 43-yard line and cut to his left, toward Cal’s sideline. At midfield, he was smothered by four Stanford players who approached from two directions: straight on, and from Garner’s left.

Upon contact, Garner turned to his right, away from the defenders and away from the nearest officials before tossing the ball to Rodgers.

A frame-by-frame videotape review shows that Garner’s right knee hit the turf before he released the ball.

Official Jack Langley was positioned near Cal’s sideline, a few feet from Garner, but did not blow his whistle.

“My view of him is completely blocked by the Stanford players,” Langley, who lives in Belmont, Calif., said last week.

Rodgers grabbed Garner’s lateral and headed toward open field on the right side. At the 45, he lateraled to Ford, setting up the second controversial moment: Was Ford’s lateral to Moen backward (legal) or forward (illegal)?

A frame-by-frame review shows Ford leaping at the 28-yard line and crashing into three Stanford players. He appears to toss the ball behind him, but it’s an optical illusion. Ford actually releases the ball as he crosses the 27, and Moen grabs it at the 25.

So, yes, the ball went forward.

Why wasn’t Cal penalized for a forward lateral? Because the official responsible for that call, line judge Gordon Riese, was not in position.

“I turn and run into the Stanford band. I was encased in red jackets. I got clobbered. I couldn’t get to the spot where Kevin Moen takes the lateral.”

4. The Stanford Daily strikes back

The next day, Stanford Daily sportswriter Mark Zeigler and sports editor Adam Berns plotted a counter strike. They blew off studying for midterms and spent two days and nights producing a fake version of the Daily Californian.

“I remember saying, `I’m going to fail my midterm,'” said Zeigler, now a sportswriter with the San Diego Union-Tribune. “Adam said, `In 30 years, when we’re sitting on my yacht in the Greek islands, we won’t remember the midterms we failed, but we’ll remember this prank.’ ”

The main story explained how “a special NCAA panel, invoking a rarely used amendment to its bylaws,” ruled that Garner’s knee was down and awarded the game to Stanford.

A photograph showed Moen’s touchdown with a background official blowing the play dead. On first glance, it looks real, but the official was superimposed.

On Wednesday morning, Berns, Zeigler and their cohorts took thousands of fake papers across the bay. They arrived in Berkeley about 8 a.m. and discovered the real Daily Californian was three hours late off the presses.

They had the campus to themselves.

“We put stacks of papers in different places, then fanned out and watched the reaction,” Zeigler said. “One of our guys saw a football player get the paper, sit down and start crying.”

Berns does not own a yacht, nor has he been to the Greek islands.

5. The changing of the score

For 69 years, the Big Game winner has taken possession of the Axe, a trophy as legendary as it is prized. The Axe resided in Berkeley in 1982-84, but the hallowed display case at Stanford was not empty during that time. It contained a single, eight-inch, silver screw and the words “The Screw of 82.”

When the Axe returned to Stanford after the ’84 Big Game, the school’s Axe committee rewrote history. It changed the score plate under the Axe to read: “1982: Stanford 20, Cal 19.”

“We all said that score was an abomination, that it was sacrilege on the trophy,” said Jon Erickson, adviser to the Axe committee. “It wasn’t the truth, so we changed it.”

And so it has been for 20 years. When the Cardinal has possession of the Axe (in the lobby of the athletic department building), it claims victory in 1982.

When Cal has possession, the score plate reads: “Cal 25, Stanford 20.”

6. A friendship is born

Their first meeting was violent: a celebratory Moen ramming into the unsuspecting Tyrrell and his soon-to-be-famous trombone.

Their friendship began a few weeks later, on the set of a game show, when Moen reached into a trombone, pulled out $2,000 and handed it to Tyrrell so he could buy a new one.

“Through the years, we’ve had numerous opportunities to get together at functions, and he’s become a buddy of mine,” Moen said. “At first, we had discussions about The Play. But now when we see each other, it’s like, `What’s going on in your life?’ Or, `How’s work?'”

In the years immediately after The Play, Tyrrell was treated better by Moen than by Stanford. He told Stanford magazine, “I was treated like a black sheep, a black mark. The band and I were blamed for losing the game. That was a big burden.” But he added, “Recently, I’ve been welcomed back into the circle.”

Asked about the comment, and the treatment he received, Tyrrell said, “That stuff has been a little overblown.”

Perhaps. But Tyrrell told the Mercury News last week that he received a death threat on the day of the 1983 Big Game. It was not placed to him directly, and he does not know its origin.

“I don’t think it was very credible, but it freaks you out,” he said. 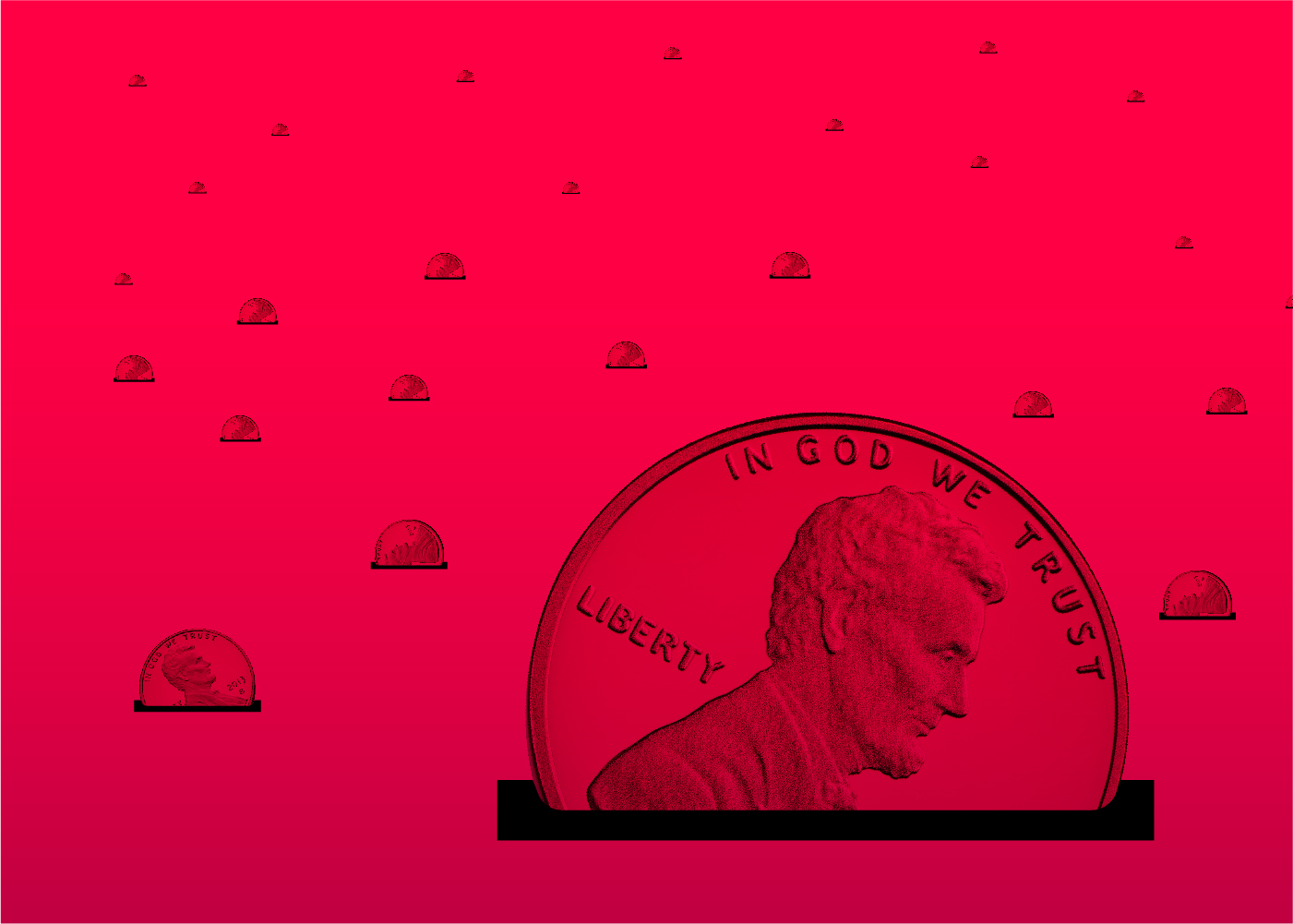 The cost of tuition in the time of coronavirus 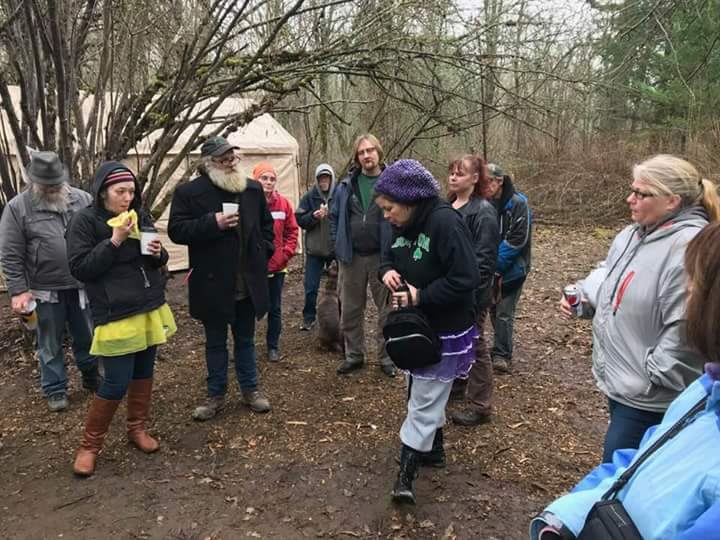