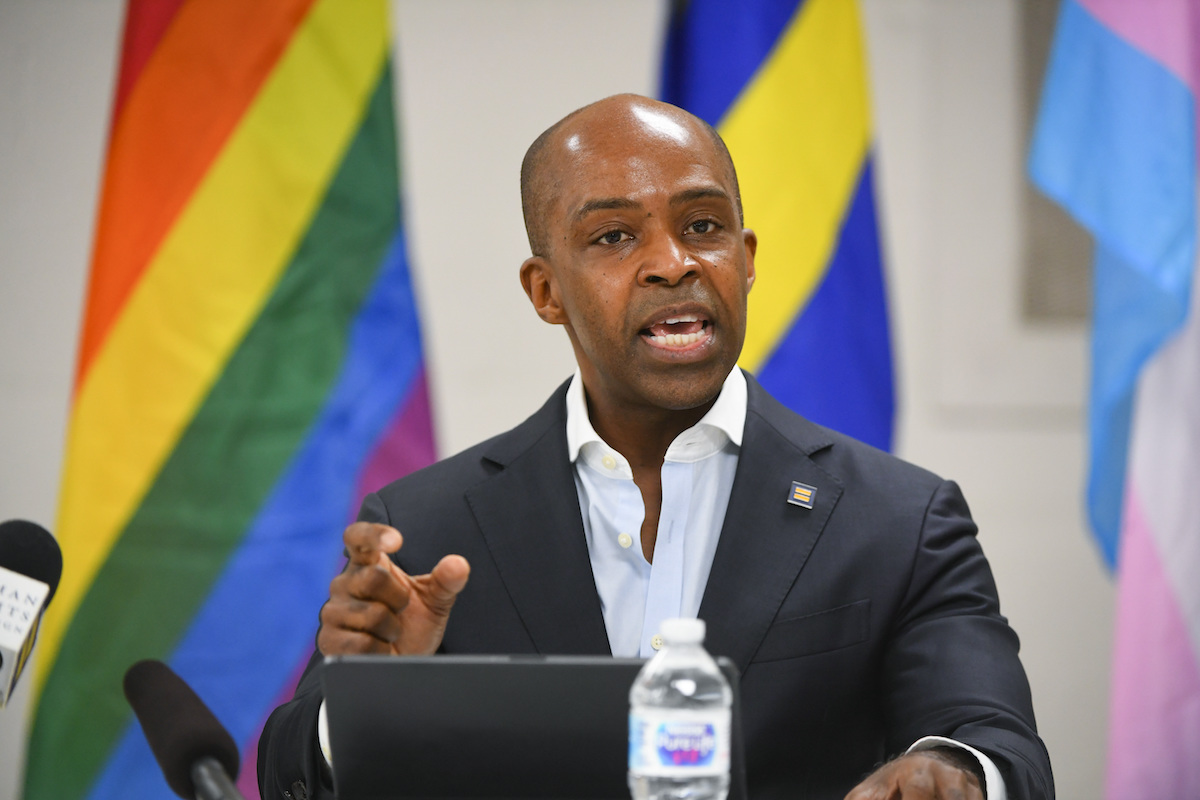 An estimated 250 anti-LGBTQ+ state legislative bills have been proposed nationwide since January 2021, and at least 17 bills have been signed into state law. This easily breaks the 2015 yearly total of 15 such laws, with 11 or more currently awaiting a governor’s signature, according to a Human Rights Campaign (HRC) report.

“The rights of LGBTQ people—and especially transgender people—across the country are being systematically threatened and undermined by national anti-LGBTQ groups coordinating with anti-equality lawmakers to wage an unprecedented war on the LGBTQ community,” Alphonso David, the HRC President, stated.

The transgender community has seen the most targeted political attacks, with at least 33 states introducing more than 100 bills aiming to restrain the rights of transgender people across the United States, according to a CNN report.

Anti-trans legislation typically is classified as either a bathroom/locker room ban, youth sports ban, a ban/restriction on transgender medical care or “other,” according to an HRC analysis.

While the bills restricting trans rights would affect the trans community as a whole, there could be a greater effect on trans youth. According to a study by The Trevor Project of LGBTQ youth mental health in 2020, “40% of LGBTQ respondents seriously considered attempting suicide” and “86% of LGBTQ youth said that recent politics have negatively impacted their well-being.”

The bans on trans participation in same-gender youth sports are also prominent in 2021. 31 states have presented measures which ban trans athletes from partaking in sports in relation to their gender affiliations.

Some states, such as Arkansas, have already signed bills of this nature, including an April bill making Arkansas the first to outlaw gender-affirming treatment for trans youth.

In April, Florida’s House of Representatives passed a bill that prevents trans athletes from competing in girls’ and women’s sports in college and school writ large. It also requires students to participate in a “physical examination” of their genitals should their gender be disputed.

The NCAA has issued a warning to states that have enacted or are planning to enact measures restricting or banning trans youth from participating in sports events that they will remove events from said states should those bills become law.

Many states have also begun criminalizing or banning medical treatment for the trans community. According to the HRC, 20 states have introduced legislation which makes it illegal or very difficult to obtain gender-affirming therapy for minors, such as the one which overwhelmingly passed the Alabama State Senate in March. Alabama lawmakers argue minors are unable to make gender-affirming decisions on their own.

“Genital surgery is never performed on children, and puberty blockers and hormonal therapy are used only after lengthy informed consent, mental health oversight and subspecialized medical care,” said Dr. Morissa Ladinsky in testimony regarding the bill.

Medical best practice ideology from organizations such as the American Psychological Association, Child Mind Institute, and the American Medical Association all recommend that gender-affirmation care for trans youth is safe and effective, despite legislation passed in states such as Alabama.

“There is a growing body of research that supports access to gender-affirming care in adolescence,” a recent CNN report said. “A 2020 study by the American Academy of Pediatrics found that access to pubertal suppression treatment was associated with lower odds of long-term and consistent suicidal thoughts among transgender adults.”

Some states have not had as much or any such legislation introduced but have still been in an advocacy position, as have organizations within them. The Oregon-based LGBTQ+ organization Basic Rights Oregon is one of such organizations.

Mikki Gillette, the “Major Gifts Officer” or press affiliate for the group, assisted with recent Oregon state legislation which will provide further protections for the LGBTQ+ community and discussed the recent rash of anti-LGBTQ+ legislation around the country.

“We held a queer rights town hall [at PSU] in 2018,” Gillette said. “We invited all the out-gay legislators and legislators of color and our constituents to an auditorium there. It was successful and informative, and really allowed people to speak their minds and learn at the same time.”

Despite a lack of direct anti-trans legislative action, Oregon legislators and advocacy groups have been concerned regarding the national trend towards legislating against the trans community.

“I thought public opinion was moving towards broader acceptance of trans people. I really didn’t expect this direct assault from politicians,” Gillette said. “In 2016, North Carolina paid a serious political price for trying to enact such legislation. Polls are broadly showing that [anti-trans] legislation is really unpopular across the political spectrum.”

In a recent PBS/NPR/Marist poll, 67% of Americans and over 65% of Republicans oppose the aforementioned anti-trans sports ban measures spreading around the country.

“Most parents are scrambling to educate themselves about their children and their struggles, ” Gillette said. “A lot of times kids display psychological distress from just hearing about this legislation. I would think this is a no-brainer.”

Gillette, as a trans woman, said that she “[tries] not to think about it too much, because I think it would be too painful. I don’t know what it’s [the legislation] in response to, except people that don’t want transgenders to exist.”

“It just seems cruel,” she said.

“When I heard people talk about the political calculations, a lot of these representatives are in districts that went Trump plus-40, so they’re not worried about losing to a democrat, but they are about being primaried by a Republican further to the right than they are,” Gillette said.

The legislative branch is not the only government institution which may be involved further in such ideations—the highest court in the U.S., the Supreme Court, could be presented with a case regarding trans rights.

“My thinking is so shaped by the Bostock ruling that I do honestly have hope that trans rights will be protected [by the Supreme Court],” Gillette said. “This was a 6-3 ruling, and before it had shifted so far to the right, so I think the conservatives on the court will keep to that.”

“I just don’t see how you could tell parents what kind of health care their kids could receive.”

In regard to the bills inhibiting trans youth from playing sports, Gillette drew upon her own experience transitioning.

“These bills seem like an extension of the ‘bathroom myth’ bills we saw so many of,” she said.
“It’s this patriarchal idea that these poor, fragile girls will be invaded by trans girls.”

“Especially as someone who has transitioned, the nosedive in status you endure, when you don’t look anything like you want to…The idea that a high school boy would pretend to be trans and endure that, just to compete in girls’ sports, it makes no sense.”

Advocates for LGBTQ+ rights believe that federal action will be required to protect against such legislation now and in the future.

The Equality Act introduced in Congress this February would add to the Civil Rights Act of 1964 and explicitly protect sexual orientation and gender orientation, making the demographics protected classes of citizenry.

While the bill passed in the House of Representatives, its fate in the Senate remains uncertain, considering the filibuster’s potential to halt such a resolution in its tracks. 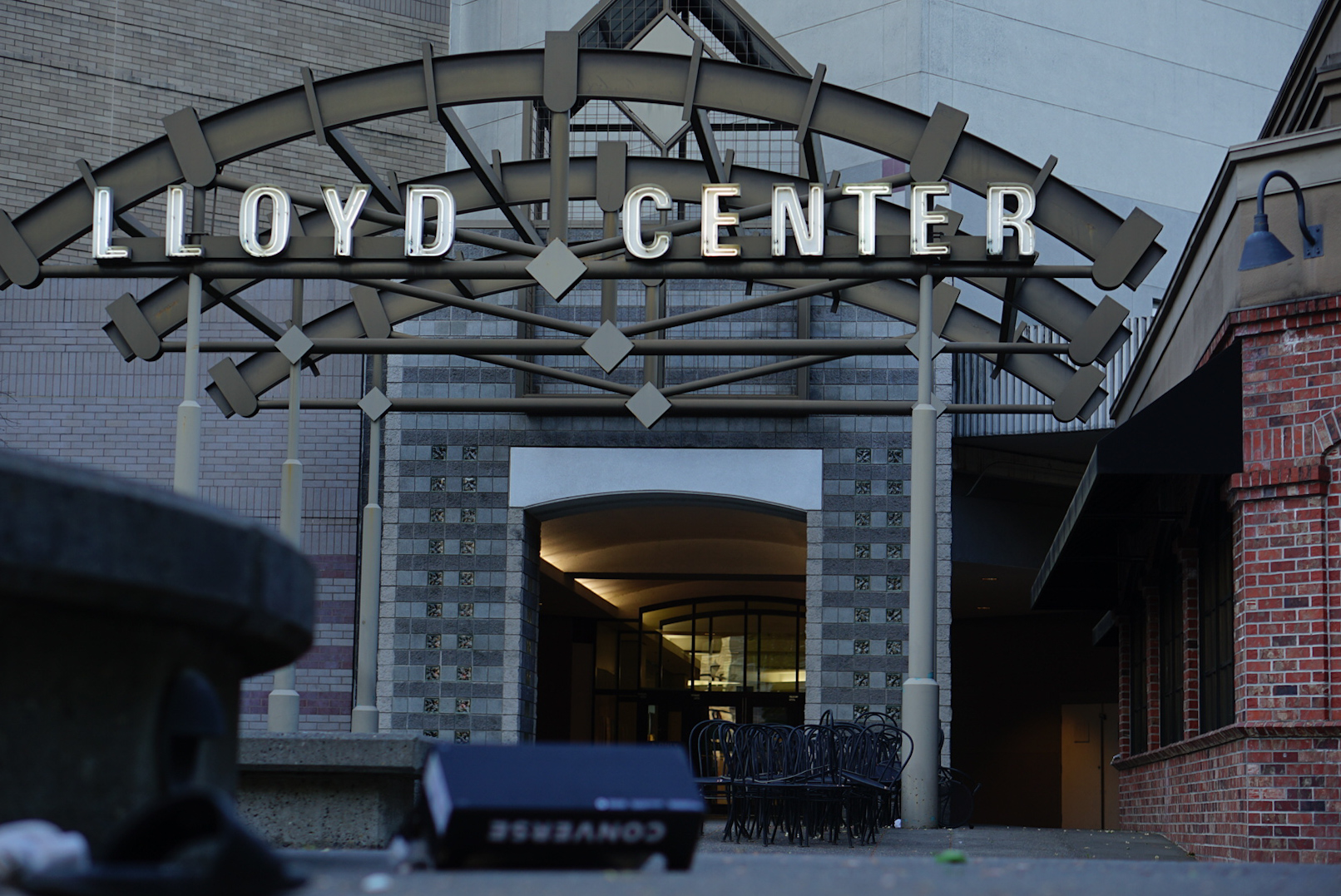 Texas is betraying its youth