With student election results in, Portland State decided it’s in the mood for change.

Election results came in Friday, May 1 with students electing Motu Sipelii and Victor Chavez of the “In the Mood for Change?” slate as the student body president and vice president for the 2020–2021 academic year. The new government will take office on June 1.

Candace Avalos, advisor for the Associated Students of PSU (ASPSU), hosted the election announcement and celebration via Zoom, streaming the meeting live on Facebook for the public to view.

“Thank you to everyone who participated, thank you to all who voted,” Childs said. “I think it’s a pretty difficult time for us all. It’s nice to see so much participation.” He added while ASPSU can seem obscure, it has a real impact on students.

“I’m really excited to see how much engagement we had in the elections,” said Sam Swan, the current vice chair of the Student Fee Committee (SFC).

Students not only elected the president, vice president, senators and members of the SFC, but also voted overwhelmingly in favor of changing the constitution. ASPSU proposed numerous changes in order to make the constitution clearer, facilitate greater transparency and provide a stronger system of checks and balances, according to the voters’ pamphlet.

Two of the 16 Senate seats had a three-way tie and remain undecided. Avalos emailed the candidates for the tied seats, all of whom did write-in campaigns, in order to verify they want the position, because voters will sometimes write their friends’ names without their consent. Avalos is waiting to receive the candidates’ acceptances before she announces the last two senators.

Sipelii is a pre-med health science and biology major. According to him, the president usually studies political science or leadership. “It’s never been a public health major,” he said.

However, Sipelii has previous leadership experience. He transferred to PSU from a community college in American Samoa, where he was class president. Sipelii also participates in numerous student organizations; he is a member of the Tau Sigma honors society and Build Exito, a McNair scholar, resident academic mentor for University Housing and Residence Life, lu’au coordinator for the Pacific Islanders club and a member of the Louis Stokes Alliance for Minority Participation (LSAMP).

“That was a really great group that I got to know,” Sipelii said about LSAMP. “Not only were they minority students, but they were also going through the same things I was struggling with.” He said that after transferring from American Samoa, “with all these different leadership positions, I was able to find my community here. I feel that community was the reason I won.”

“I’d like to say thank you to everyone who supported me,” Sipelii said. I’ll try my best to make sure that when I leave this position, change will happen for the better.”

Considering the financial crisis brought on by COVID-19, “the president’s main role right now is to make sure that students get the help they need,” Sipelii said. “I see the president’s position as a resource manager.”

Sipelii is especially concerned with connecting international and Deferred Action for Childhood Arrivals students to financial support, as they are excluded from receiving aid from the federal Coronavirus Aid, Relief, and Economic Security act. “I would like to see if there are other funds these students are eligible for,” he said.

Increasing transparency between administration and student groups is “one of the hardest puzzles” Sipelii plans to work on as president. He wants students to have a say in how the administration spends their tuition.

Sipelii is already creating change within ASPSU. Traditionally, the president chooses committee directors who are then appointed by the Senate. Sipelii plans to be more collaborative and include his slate mates in the decision-making process.

“Hopefully before the end of spring term I’ll announce my full slate, what ASPSU will look like next year—I’m pretty excited,” he said, then paused. “It will be different.” 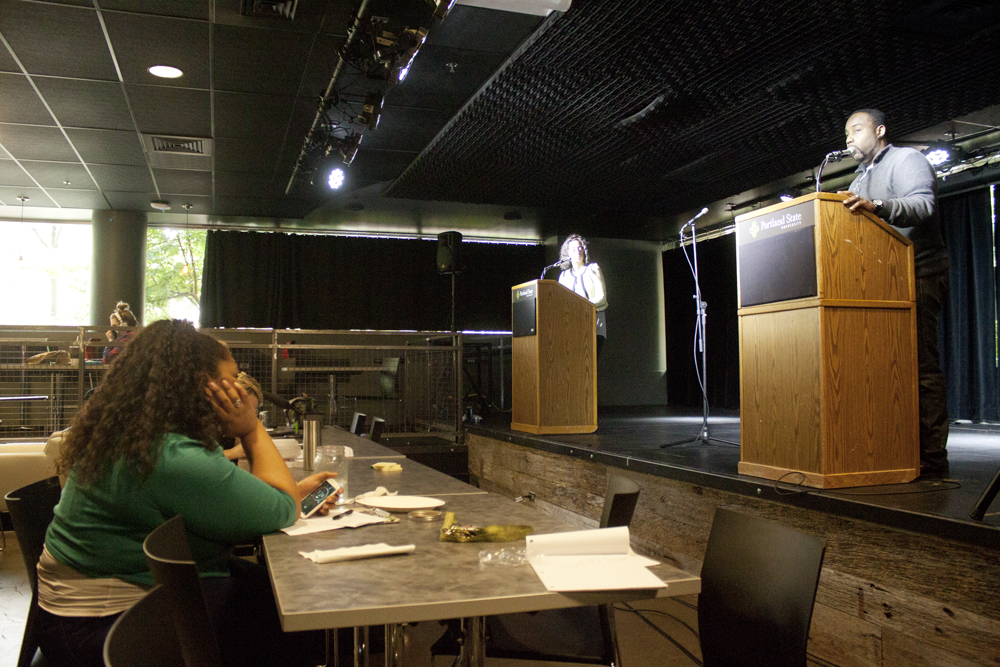