Disorderly Guest
Multicultural Center
Officer Chris Fischer took a report of an unwanted person at the Multicultural Center in Smith Memorial Student Union. The unidentified person attended an event open to the public. Staff members said the unknown female was verbally disruptive and completed an event survey with responses that made staff concerned the person may be violent. Information received from a social worker confirmed she has a history of violence.

Disorderly Conduct
SW 5th & SW Lincoln
Officer Shawn McKenzie responded to a report of a group of 6-7 skateboarders at the intersection of SW 5th & Lincoln. The group, reported to consist of young men under the age of 20, had surrounded the vehicle of a student whose vehicle ran over one of the boy’s boards and caused damage. They reportedly blocked her from leaving and made verbal threats. Neither the student nor her vehicle was harmed or damaged in the incident.

Student Conduct
Report by Phone
Officer Matthew Masunari took a 12:25 p.m. report over the phone of an altercation between two students, both military veterans. The reporting faculty member said one student instigated an argument and threatened another. The report includes a note that both parties involved have physical and mental issues associated with their time in service, though they do not appear to present an immediate physical danger to themselves or each other. Masunari referred the incident to the Veterans Resource Center and the Office of the Dean of Student Life.

Missing Person
CPS Office
Officer Shawn McKenzie responded to a report of a student who had not contacted parents for nearly 24 hours. Student’s father said this was abnormal behavior. CPSO forwarded the report to Portland Police Bureau for further investigation. PPB filed a missing person report. Policy restricted pinging the student’s cell phone at the time.

Missing person located
CPS Office
Officer Peter Ward reported that several members of CPSO assisted in investigating a Missing Person case regarding a student. The student reported missing was confirmed to be attending a weekend retreat. Officers closed the missing person report upon contact with the individual in question.

Student Conduct
Ondine
Officer Fischer responded to a report that a student in Ondine was selling marijuana and using meth and cocaine. The student allowed Fischer to search the room, where he found several “cylinders of marijuana” and a straw with suspected cocaine residue. Fischer reported the incident to the office of the DSOL.

Toga Party, Intoxicated Students
Broadway Housing
Officer Fischer responded to intoxicated students in the Broadway Housing building. The students reported drinking at a “frat house” and said they were concerned for their own welfare. Medical respondents examined the students, who declined to go to the hospital.

Disorderly Conduct
Cramer Hall
Officer Brian Rominger responded to a student report of an unknown male who approached the student, forced her back into a wall and asked her inappropriate questions outside of a classroom on the first floor of Cramer Hall. A representative from the Women’s Resource Center met with the student, and a check of the area did not result in officers finding anyone matching the unidentified male’s description.

Disorderly Conduct
Multicultural Center
Officer Fischer responded to a report of a verbal disturbance in the Multicultural Center. According to the report, “an unknown male with a Captain Hook mustache” yelled at a student worker who was unable to provide a printed list of events. “An area search yielded no bad guy,” read the report.

Phishing Scam
Shattuck Hall
Officer James Dewey took a report from a student who received a threatening phone call the night before. Dewey listened to the voicemail and described it as “very clearly the opening of a phishing scam”. The report continued by describing a call-back to the number that resulted in a bizarre conversation with a series of people working in “different ‘departments’ of a ‘law firm’, all of whom sounded like the same person on a cell phone.” A Google search resulted in several complaints of phishing scams from the number in question. Officer Dewey told the student to ignore the voicemail and contact CPSO if any further contact occurs.

PPB Assist—Assault II
SW 6th & College
A report from Officer Nichola Higbee described an incident at the intersection of SW College & 6th where she observed a group of people in the midst of a commotion. She found a male lying on the ground being cared for by a number of females. According to the report, the victim was “sucker punched and knocked unconscious by an unknown Hispanic male who ran away after the punch.” The report said the victim’s head hit the concrete and he bled profusely from the back. Medical personnel responded and transported the victim for care and PPB took over the incident. CPS Officers recorded witness statements for PPB.

Fire at Houseless Camp
SW 13th & Montgomery
Officer Gary Smelzter and Officer David Troppe encountered a small fire at a camp of houseless persons near SW 13th & Montgomery at approximately 12:55 p.m. A person at the camp said the fire started when attempting to burn a rope the held a radio to a fence. The officers extinguished the fire using a CPS vehicle’s fire extinguisher.

Car Prowl
Parking Structure I
Officer Smeltzer took a report from a non-student whose car was broken into on the seventh floor of Parking Structure I. According to the report, loose change and marijuana were stolen from the car. 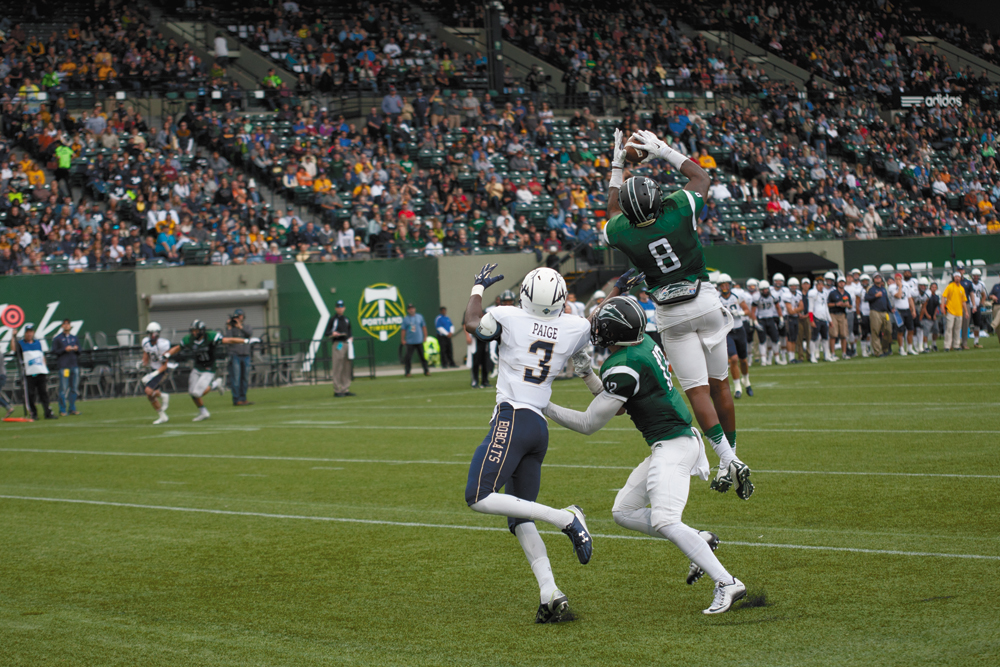 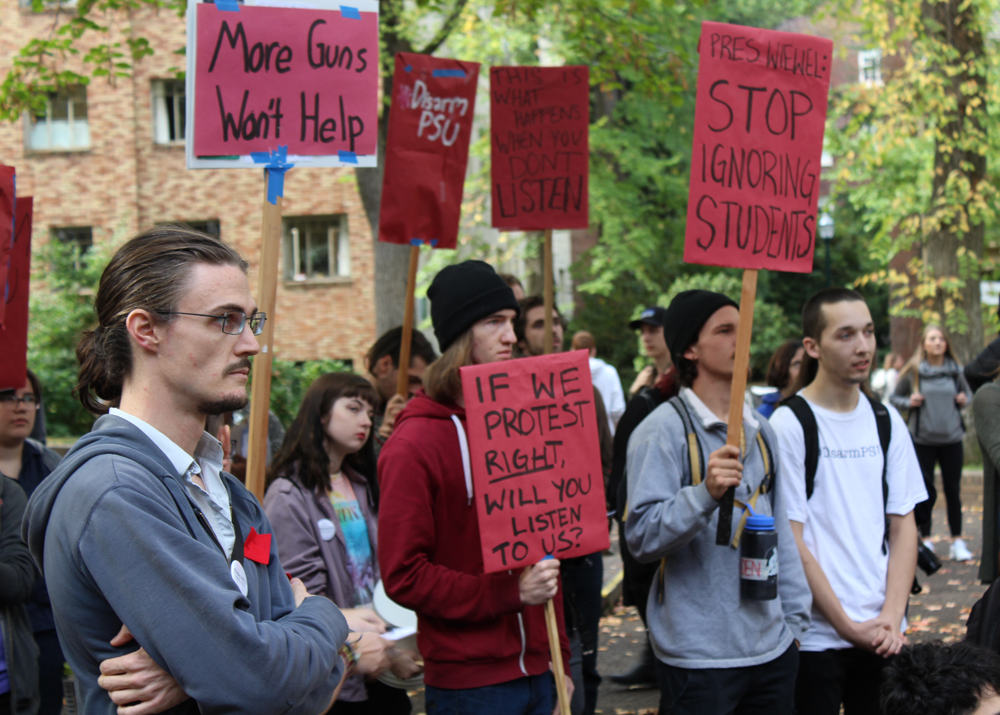