Mae West made a career out of being an unapologetic bad girl. She was the kind of woman who always said the wrong thing, the brassy thing. “Dirty Blonde” embraces the legacy of Miss West with affection and admiration. The new Portland Center Stage Production tells the story of two overanxious New Yorkers, people who share a love of the actress and develop a relationship based on that commonality. Their eventual quirky romance contains a large dose of her influence. The pair are a frustrated actress and a man with an interesting obsession. They both draw inspiration from the diva.

The production consists of three actors with varying roles. Jennifer Taub plays West with a fantastic energy and a great attention to detail. Her interpretation of the legend is right on without leaving the audience with a feeling of overdone exaggeration. The actress does a wonderful job of doubling the characters of the star and a fan with the fluidity necessary to conquer the role.

The production, while not as elaborate as the original Broadway version starring Kathy Najimy, is solidly presented. The dialogue has a steady pace with the songs creating a beautiful addition to it. The music is simple and non-intrusive to the flow of the story. The infusion of flashbacks of West’s career creates a humorous ground for the presentation of the comparatively banal love story. Miss West’s life and personality are far too big in contrast to a story about two regular people falling in love.

Her legacy of outshining all who surrounded her translates to the production of “Dirty Blonde.” While the destiny of her two fans may lie with each other, they don’t have the power to take the spotlight away from a personality like West’s.

Overall the play is beautifully done and takes an incredible amount of care with the memory of a woman who aspired to be the biggest, brashest, blondest star on screen, and did all she could and more to achieve it.

Production shots, from the March 24 dress rehearsal, will be available 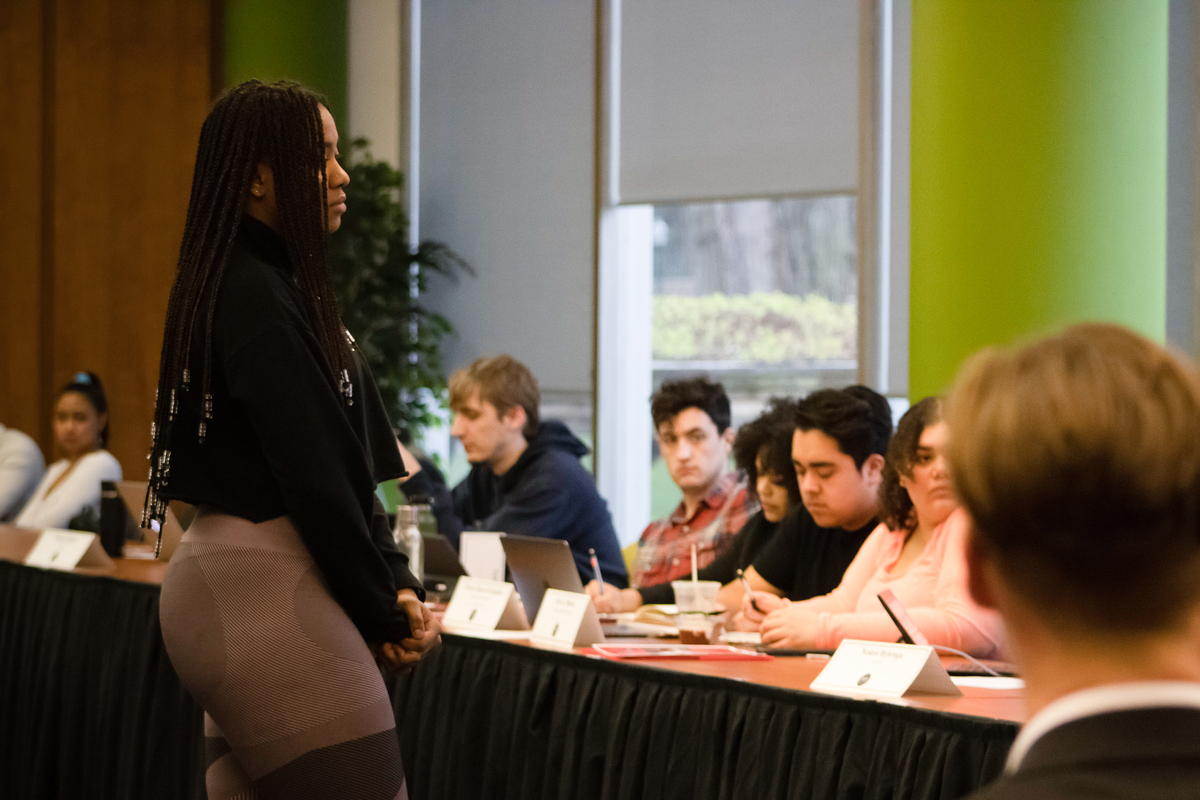 Gibson steps down, Leslie-Christy steps up

Finally, an alternative to fast food on campus!