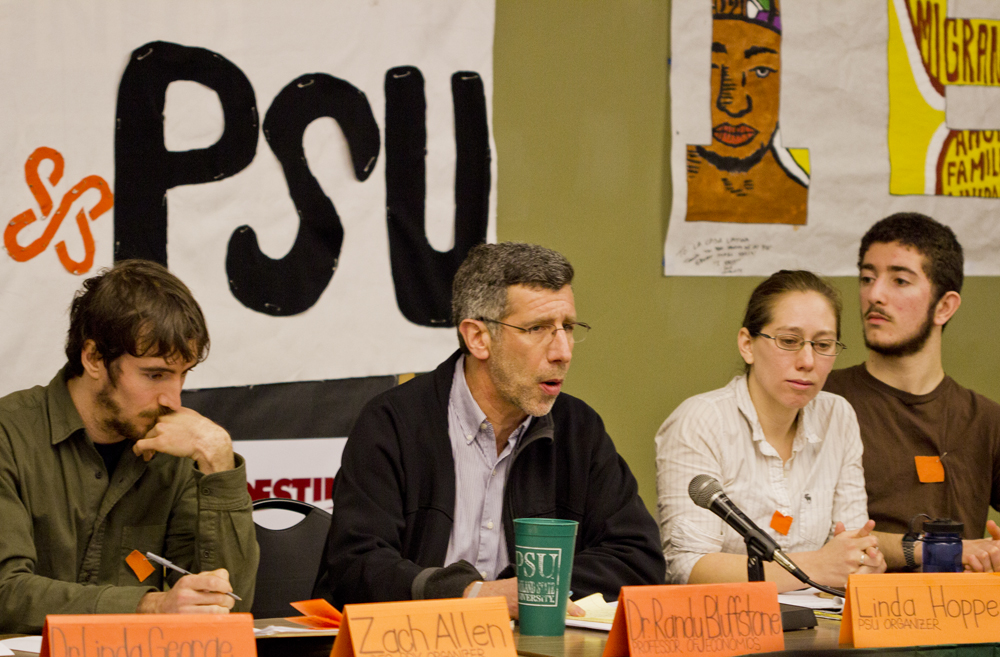 Divest PSU began as a project under the Student Sustainability Leadership Council and was subsequently formed into a permanent group on campus. The group is currently an active part of the Sustainability Leadership Center at PSU. Members of the group work in accordance with student-led campus groups, organizations throughout Portland and other colleges and universities nationwide.

Prior to the panel, students and community members were asked to submit questions.

The first question asked for an explanation of Divest PSU’s function.

“The foundation is there to basically get money to support [PSU] through scholarships, athletics and the other necessities PSU needs,” Hoppes said. “Currently 1.34 percent of the budget here is invested in the fossil fuel industry.”

Another submission asked George to explain the potential impact if consumption of non-renewable resources slowed.

“The good news is that C02 is both produced and consumed naturally,” George said. “So there is a lot of motion of C02 cycling within the earth’s system naturally. Human-made sources of C02 are about 40–50 times less than the natural sources of C02.”

She continued, “So it is a relatively small portion, but it is enough to create this imbalance and this growth in C02 that we are seeing; reducing that imbalance and the human sources will affect the C02 concentration.”

Bluffstone was asked to comment on PSU’s image as a leader in sustainability, despite its continued investment in fossil fuels.

“It is my impression that sustainability really [has]— and more so over the last years—become a core value of [PSU],” Bluffstone said. “I do not think this is just marketing. I think this really is part of the PSU values and it is just increasing.”

Bluffsone responded to another question asking if divestment could increase awareness and donations to the foundation.

“I think the answer is yes,” Bluffstone said. “It is very consistent with our values as a university; we are addressing the most important aspects of environmental challenge that the [Earth] has probably faced since humans arrived on it.”

Divest PSU has set three main goals in their efforts to divest from fossil fuels: to pull away from the top 200 fossil fuel companies PSU currently supports, create transparency in PSU’s investments in those companies, and to re-invest that 1.34 percent in more socially responsible ventures.

“We need to be working on this individually and as groups through collective action…” Bluffstone said. “It is the biggest challenge there is, and I know PSU would like to work on this and make a positive contribution at large.” 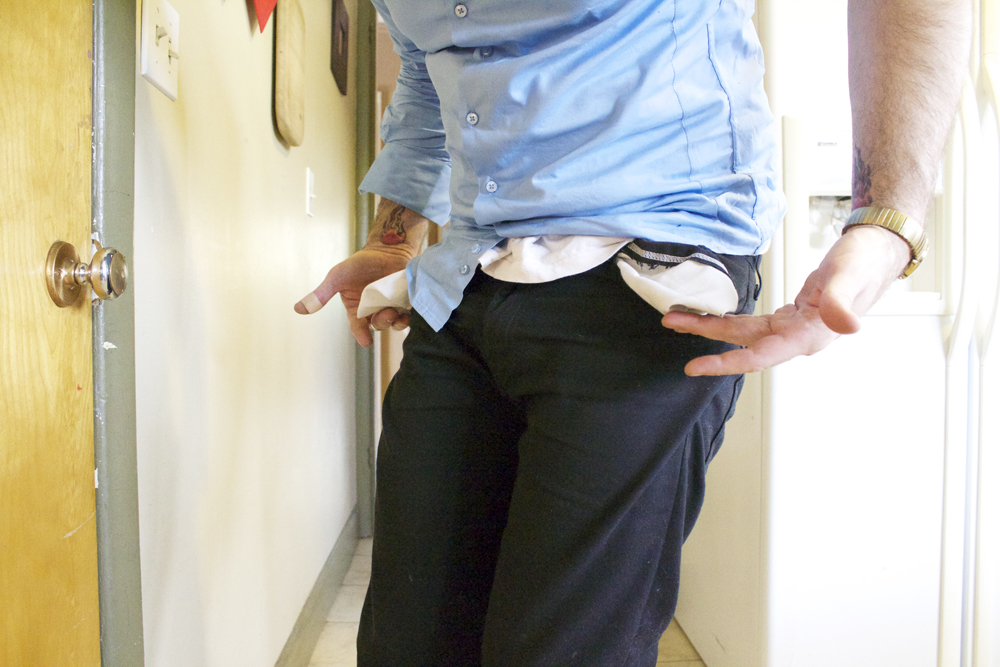