The walls of Marseille, France are covered in posters decrying violence against women as part of Paris-based group Féminicides par compagnons ou ex —which translates to “women killed by partners or exes”—and their campaign for domestic violence awareness month.

The movement to raise awareness about domestic violence has been ongoing in France, increasing in intensity throughout 2019. Activists in Marseille have mobilized a guerrilla information campaign and mounted hundreds of posters on walls throughout the city center. This technique—inspired by the work of Paris-based activist Marguerite Stern—has taken hold in cities throughout the country.

The key word on many of the posters is feminicide.

Official figures are not maintained by the government, so Féminicides par compagnons ou ex combs local and national newspapers and police reports in order to compile a registry of all women killed by spouses, partners or ex-lovers.

According to the group’s research, more than 115 women have been killed by domestic violence in France since Jan. 1, 2019. With two and a half months left in the year and a woman murdered every two-and-a-half days on average, the group expects the number to surpass the 121 domestic violence-related deaths reported by French news outlet Le Point in 2018.

“Beyond the numbers, we want to tell the story of each woman killed in order to pay homage and point out the details,” an organizer involved in maintaining the registry told Vanguard.

The stories collected by the Paris-based group can be read on the walls of Marseille. A construction barrier in the working-class neighborhood of Cours Julien is covered in over 100 sheets of printer paper. Each one bears the name of a woman killed and a brief description of the circumstances of her murder.

“We gathered and organized anonymously to cover the streets of our city with these messages,” Soizic, an activist in Marseille told Vanguard. “We are not an association; we are not all feminists of the same stripe. We are just anonymous people who take our time and energy to illustrate something that our world denies and forgets. We want to give a voice to women who have been silenced by men.”

Organizers in Marseille criticized a lack of government funding and commitment to stopping the cycle of violence. Last month, The Guardian reported the case of a French police officer refusing to assist a woman whose husband had threatened to murder her. The incident came as no surprise, according to activists in Marseille.

“Today, going to a police station to file a complaint denouncing violence, you’re likely to hear ‘we’ll look into it,’” Marion, another activist told Vanguard. “There is this very basic idea that [women] are always a little responsible. The fault is often placed on the victims and not on the perpetrators of violence.”

According to organizers, the French justice system’s focus on punishment consistently fails to address the needs of survivors of domestic violence. “The police, like other institutions, are part of a patriarchal function that does not allow space for the care of victims,” Clémence, an activist in Marseille told Vanguard.

Several activists in Marseille emphasize the importance of education in disrupting patterns of domestic violence.

“The issue of domestic violence and violence against women more largely is a systemic, social problem,” Anna, an activist, told Vanguard. “Education—both private and institutional—is the most important aspect of social life that needs to be addressed if we wish to live in a more non-violent society.”

“We need to work on how we raise our children, what we teach them about love and relationships and how to respect the other and themselves. It starts very early, with all the sorts of stereotypes that are taught to children from kindergarten.”

A peer-reviewed study published by the U.S. National Institute of Health in 2017 found that “the patriarchal family structure creates an environment that normalizes many forms of violence…[including] intimate partner violence.” These findings were corroborated in a report published by the American Psychological Association in 2018.

The work is slow, and there are no easy answers, but those involved said they are not without hope. “It is a great recognition to see passers-by stop, read our messages and discuss them,” Marion said. “Some people think that hanging up these posters to pay tribute to the victims, to denounce feminicides and the lack of action is useless, ridiculous. This is false, and we have proof of it every day.”

Some of the interviews were translated from French.

The activists interviewed are part of an anonymous organization and therefore their last names were omitted. These anonymous sources are verified by the foreign correspondent, international editor and editor-in-chief. 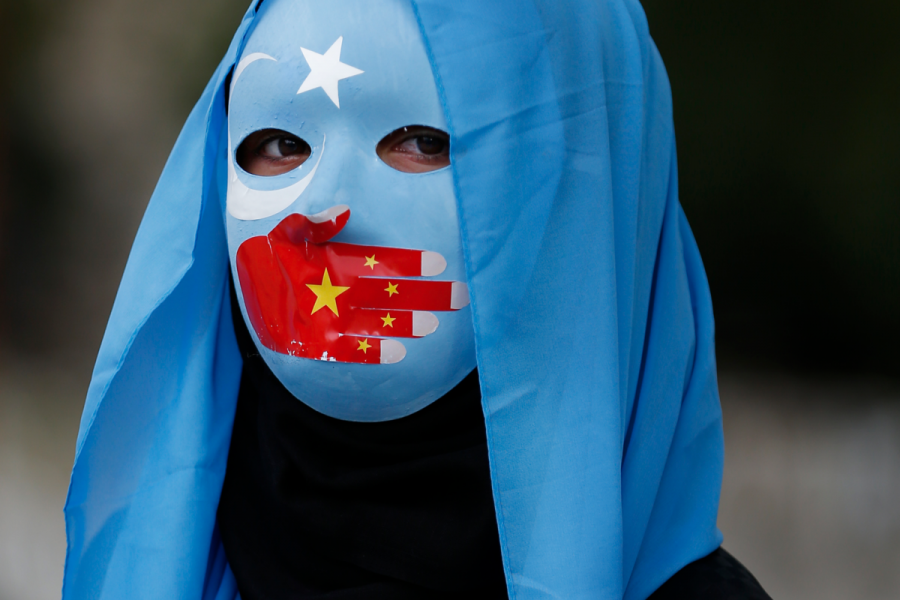