Members of FIST are working to unite tenants in a cause to restructure CHNW, or if necessary, replace them.

This comes at a crucial time for CHNW: This year they must reapply for their contract and are facing competition from companies wishing to replace them.

Douglas Samuels, vice-provost of student affairs, will be assembling a board to oversee the contract proposals. The board should be intact by March and a decision on the chosen contract will be made between June and July.

Trevor Bryant, coordinator of FIST and junior liberal arts major, was first covered by the Vanguard in September of last year for gathering names to petition a rent increase and demand investigation of CHNW by Portland State.

He gathered more than 90 signatures in three days, but more importantly he heard the complaints and frustration of many tenants and decided to put his energy towards forming a student group to represent tenants.

The meeting on Friday began with FIST member Kevin Collins, junior psychology major, recounting his experience with CHNW. Collins was recently evicted from the Clay building for failing to pay a $1,200 fine to replace French doors in his bedroom.

He explained that the problems started when he requested that his front door be fixed. CHNW charged him $800 for the damaged door, which was damaged when Collins moved in. The former tenant, a CHNW employee, explained to CHNW that the door was indeed damaged before Collins moved in.

Collins explained that while maintenance was fixing the front door, they took pictures of the French doors in his bedroom.

Collins recalls another incident when maintenance broke his television screen while doing repairs. He claimed they did not pay for damages, saying it was his fault for not moving it.

Dimitris Desyllas, a graduate conflict resolution student, editor of the Rearguard and ASPSU senator, recalled a similar situation in which his friend was charged $400 for carpet that was damaged prior to his move-in.

However, when he asked CHNW for a receipt to show the cost of fixing the carpet, CHNW could not provide one was required to drop the charges.

Robert Chhuth, a junior computer science major and member of FIST, isn’t even a tenant of CHNW, but has grievances just the same. After an experience in August 2000 with CHNW he said, “As long as the same people work there I wouldn’t feel comfortable living in CHNW.”

According to Chhuth, a CHNW employee told him over the phone that a Goose Hollow apartment was available for him. When he arrived to sign the lease, 15 minutes later, he was told that it had been taken.

In a follow-up conversation with Dennis McCauliff, CHNW director of housing at PSU, he felt belittled and frustrated. Chhuth said of the CHNW staff, “They aren’t friendly, they’re not professional and they’re more about themselves than the students.”

Three members in attendance at the meeting on Friday voiced frustration at the treatment by McCauliff, saying that he engages in personal attacks instead of addressing the issue at hand.

FIST’s first newsletter was circulated throughout CHNW buildings last week, introducing the organization, its mission, and some examples of its disappointment with CHNW.

One highlight of the newsletter states that the “total amount of pay for the five top-paid corporate executives” is $550,511.

The newsletter also explains that all tenants are “voting members of CHNW.”

Bryant gathered much of his information at the CHNW administrative office at 2121 S.W. Broadway.

He explained that, according to CHNW bylaw number 11.1, “members have the right to inspect books, records, and papers of the corporation at all times during reasonable business hours.”

After debating the meaning of the “inspection” bylaw with administrators, he was allowed to view, but not copy, records including Board of Director notes, advertisements, memos and more.

Bryant found a memo from Douglas Grim, legal counsel to CHNW, to Gary Meddaugh, CHNW president, in which Grim was responding to Meddaugh’s inquiry about the rights of tenants to call a meeting and otherwise impact the Board of Directors.

Coincidentally, the letter was dated Nov. 13, 2001, shortly after Bryant posted flyers that included the statement, “If student tenants were to organize and demand an independent audit, CHNW would have to comply. If we as student tenants want to lower rents by $50 a month for all of the units … rent goes down.”

In the letter to Meddaugh, Grim assures him that the makeup of CHNW safeguards them from a “takeover” by student tenants. Grim wrote, “The tenant members would have a very difficult time impacting operational issues, such as rental rates and other qualifications for tenancy.”

In another finding, on 1998 and 1999 tax forms CHNW cited the fact that they provided “low income” housing as their reason for tax-exempt status.

After a flyer that Bryant posted in September, discussing “low income housing,” the year 2000 tax form, filed in October, changed its reason for tax exempt status to the fact that they provide university housing.

Since its inception in 1969, Portland Student Services (PSS), and now CHNW, has claimed to be a nonprofit corporation, run by students for the students.

The Resident’s Council, a group of CHNW tenants, is an example of this philosophy. Current members vote representatives from each building into the council. The council acts as a “liaison between staff and residents regarding the living conditions within each building,” according to the council’s mission statement.

However, Gabrielle Gilbertsen, senior computer science major and vice-chair of the council, said that representatives are not being elected the way they should be.

She explained that Jill Brown, the chairperson of the council, simply chooses who will be representatives. Gilbertsen recalled a time when Brown stated that she would take into account whether someone was a member of FIST when deciding who to appoint to the council.

After learning that Gilbertsen was a member of FIST, she was asked by Brown if she would like to step down from her position on the council as vice-chairperson, citing other reasons for the request. Gilbertsen declined to step down.

Annie Stewart, FIST member and junior sociology major, agrees that CHNW’s philosophy does not match their actions. She said, “When I interviewed for a resident manager position they said, ‘College Housing Northwest was started by the students and it’s run by students,’ but I don’t see that spirit.”

The members of FIST are in agreement that they would like to see CHNW administration and tenants working collaboratively. They would rather see an improvement in CHNW, meaning a truly “student run” nonprofit organization, than to see them replaced.

Desyllas recommended performing an Oregon open records request and requesting an IRS audit of CHNW. He added, “Nothing is going to change unless hundreds of students get together.”

Bryant would like to see recent graduates take the administrative positions. He said, “They don’t have to be paid as much and they will be gaining valuable experience.”

Eight people were at the meeting on Friday, including a reporter from the Willamette Week covering the story. Bryant expects more members to join FIST and has placed membership forms at the student development office and the resource hub on the first floor of Smith Center.

For more information, contact Bryant by e-mail at [email protected] or call 503-725-FIST. The next FIST meeting will be held this Friday at 5 p.m. in the Browsing Lounge on the second floor of Smith Center. 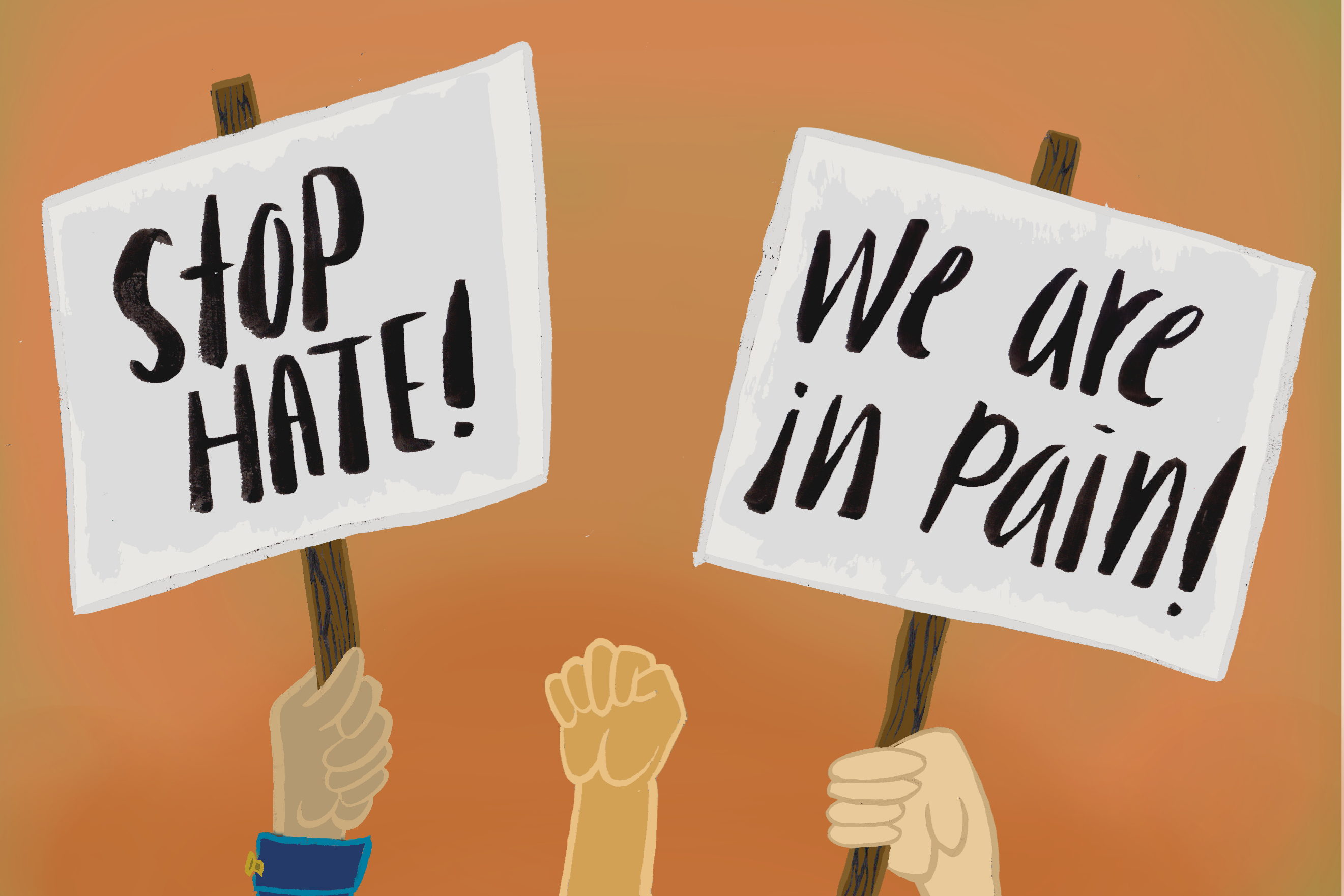 Why are college students so afraid of the real world?