Activists involved in the relatively recent movement for intersex rights are addressing a new form of oppression, and have begun to openly criticize mainstream medical practices.

While technically defined as a “congenital anomaly of the reproductive and sexual system,” the term “intersex” refers to a person who is born with “ambiguous” or “atypical” genitalia. Typically, any newborn boy with a penis smaller than one inch, or girl with a clitoris larger than 3/8 of an inch is deemed intersexed by doctors.

After a child has been found to be intersexed, mainstream medical procedure is to perform surgery as soon as possible in an effort to normalize appearance and reduce later trauma. Doctors determine gender based primarily on existing sexual characteristics, and reconstruct the tissue in order for the child to more closely resemble other members of their assigned sex. After surgery, patients are often given hormone treatment, and many are never told about their condition or the surgery they underwent as infants.

Five children who possess intersexed physical characteristics are surgically altered every day in the United States alone, explained Emi Koyama, director of Intersex Initiative Portland (ipdx). Koyama is one of many activists who contend that current medical procedures often cause irreversible psychological as well as physical damage to patients who undergo surgery as children.

“One of the biggest problems with this ‘treatment’ is that it sets in motion a lifelong pattern of secrecy, isolation, shame, and often confusion,” she wrote in her essay, “Medical Abuse of Intersex Children and Child Sexual Abuse.”

In addition to the emotional toll, intersexed individuals often must undergo extensive treatment after the surgery, some of which can be extremely invasive and painful, Koyama explained.

Growing awareness of intersex issues as well as an increasing number of activists have caused many people to more closely examine their own ideas surrounding gender identity.

“And as human nature does not abide by cultural rules, rigid and anatomically based conceptualizations of gender identity do not suffice to account for the authentic experiences of human beings being human.”

Due to current medicine’s lack of knowledge surrounding the development of gender identity, intersexed children who undergo surgery sometimes identify with the opposite gender later in life, Scannell said. She explained that many individuals who have had such experiences later express regret, wishing instead that they had been allowed to choose their own gender when they reached a consenting age.

After childhood strain, counseling can be essential for many intersexed individuals, however Koyama has found local resources to be far from adequate. Upon calling the Portland Women’s Crisis Line and asking for information regarding intersexuality, she was unable to obtain any information besides her own number as a resource.

Options for counseling are limited because very few doctors know how to provide support for intersexed individuals, Koyama said. She explained how patients often end up being referred to gender therapists who make the assumption that they simply need to adjust.

In addition to the many complaints voiced by activists and intersex patients, Scannell pointed out that doctors have found no conclusive evidence proving that mainstream procedures yield positive results. She explained that the accounts of intersex patients who have experienced such procedures can provide invaluable information.

“These experiences are critical in that they are told by subjects of surgical procedures that are performed as standard practice despite the absence of scientific data supporting benefits,” she said. “To this date, there exist no comprehensive, retrospective studies that establish a therapeutic benefit from surgery.”

Alternative procedures advocated by activists and intersex allies include awareness-raising campaigns and improving available resources, in addition to simply postponing procedures of intersexed individuals until a later age.

As director of ipdx, Koyama works to spread information surrounding intersex issues, educating the community and facilitating various classes, workshops and discussions. Focusing primarily on the social and cultural aspect of intersex activism, she hopes to make vital information more readily available not only for intersexed people themselves, but also for expecting parents, students and community members.

Unfortunately, information regarding intersex issues is inadequate even in educational environments, Koyama explained.

After conducting a study researching curriculum related to intersexuality and how intersexed people are portrayed in the classroom, she found the results to be less than encouraging.

She discovered that within most classrooms, intersexuality was being used to talk about a great number of subjects, but rarely about intersexuality itself. Many teachers were found to focus on intersexed individuals in an effort to prove the social construction of gender, or to legitimize the gay lesbian bisexual trans movement. Rarely did teachers show concern for intersexed individuals or even acknowledge them as real people, Koyoma said.

Koyama created an informational booklet titled, “Teaching intersex issues,” where she outlined necessary information for facilitators to remember when discussing intersexuality in a classroom environment.

Most important is the necessity for teachers, professors and speakers to acknowledge the fact that intersexuals have diverse, sometimes painful, and very real experiences, she explained.

“Once I was asked if intersexed people like action movies or romantic comedies,” she said. By increasing community awareness, she hopes to combat stereotypes and common assumptions.

While Koyama no longer participates in activism that calls for her to consistently interact with members of the medical community, she served as a program assistant for the Intersex Society of North America in 2001, a position that required her to work with physicians. She explained that while working with doctors could be extremely trying at times, taking a stance of impartiality was even more difficult.

“It’s difficult to talk as if we’re having an intellectual disagreement when they want to chop up my body,” she said.

Consequently, her focus is now on community awareness, and she is working with ipdx to generate interest and funds for continuing activism.

Activities hosted by ipdx include a recent a training workshop for those interested in gaining knowledge surrounding intersex issues.

She also took steps to increase regional awareness earlier this spring, when she contacted every school performing “The Vagina Monologues” in Washington and Oregon, and requested that they include a recitation of her short “Medical Abuse” article in their performances.

Koyama will also be teaching a class during summer term at Portland State University titled, “Intersexuality: An Interdisciplinary Study.”

In the end, she hopes to emphasize the reality of intersexed people’s lives, and help others to understand that there is an individual behind every medical case of intersexuality, she explained.

More information can be found at www.isna.org and www.eminism.org. Koyama can be reached at [email protected] 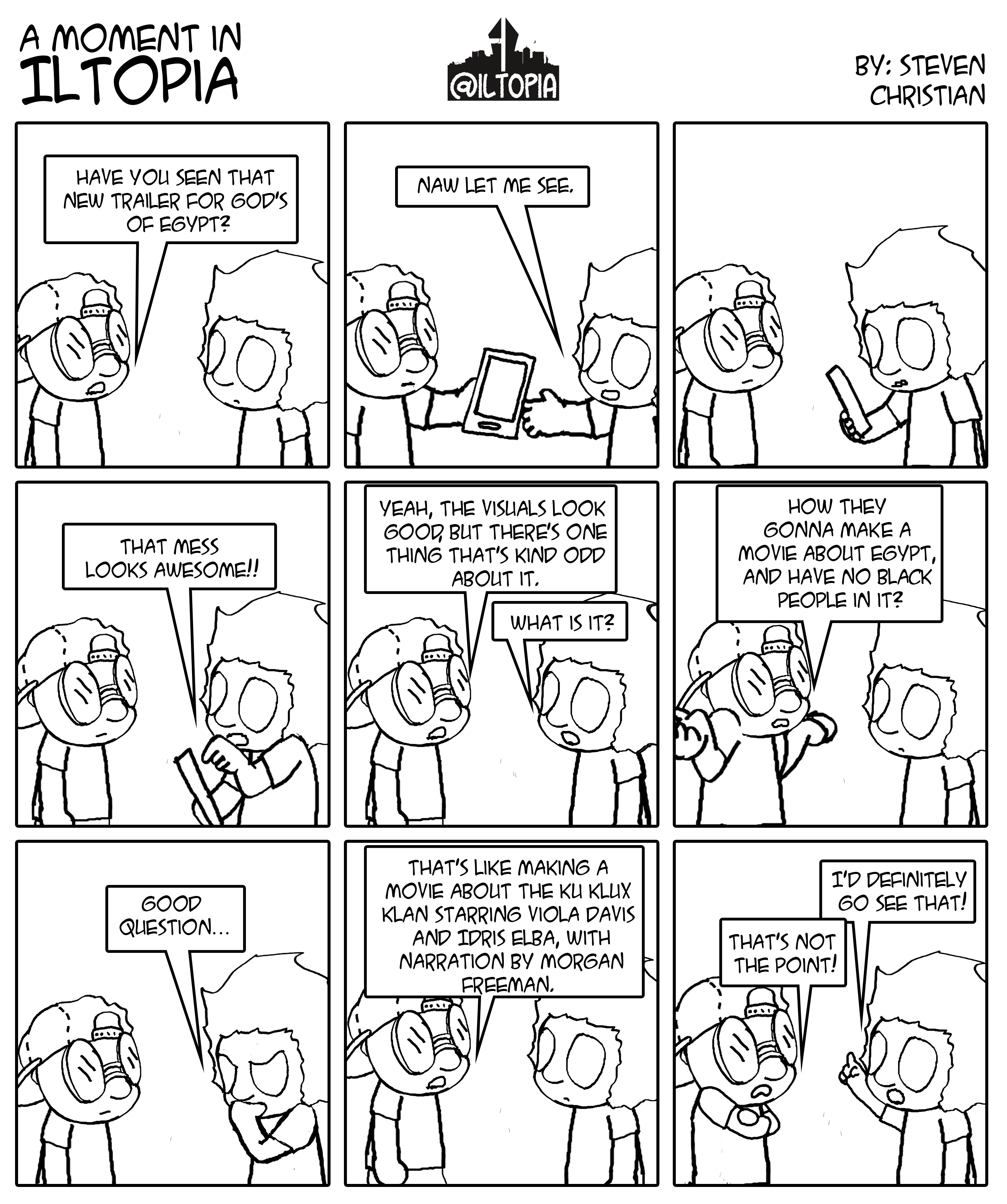 ‘Gods of Egypt’ and a majority-white cast

Silent victories from the outside