Ever feel as if it takes much longer to get home in the evening than it did to get to school in the morning? After a late-ending class or meeting on campus, all most people want is to get home as soon as possible, but for many students, leaving campus at night means a seemingly endless wait for the bus or a long walk in the dark.

Some evening classes end as late at 10 p.m., and the later it gets, the tougher it gets to escape campus, especially if you don’t own a car. Here are some tips on how to escape PSU after 6 p.m.

By bus: Most buses that run on Southwest Fifth and Sixth avenues begin running less frequently around 7 p.m. By 9 p.m. most routes start running only every half hour, leaving from the Pioneer Square area at two and 32 minutes past the hour.

Of course, it is always a good idea to have a copy of your route’s schedule and check its specific times. You can pick up a paper copy of many route schedules in Neuberger Hall, Smith Memorial Student Union or at the Portland State Bookstore, or check online at www.trimet.org.

By MAX or streetcar: The MAX runs frequently until 11 p.m. weekday nights from Pioneer Square. You may find a walk through the Park Blocks to the square is faster and more relaxing than the sometimes painfully slow streetcar ride. If encountering the variety of people that can congregate in the Park Blocks after dark makes you uncomfortable, you can always walk down Broadway or Sixth Avenue instead, which have much brighter lighting.

If headed to the Pearl District, the streetcar is definitely the way to go, and it runs more or less every 20 minutes until midnight on weekdays.

By bike: You are missing out on part of the authentic Portland experience if you have never ridden home by bike in the pouring rain.

After the initial cost, bike riding is much cheaper than gas or bus fare, and may be your quickest way home at night if you live in the Goose Hollow, Northwest or Belmont/Hawthorne areas. Just make sure to get a set of bright LED lights ($10-$20 at most bike shops) so that cars can see you when you ride at night, as well as a set of rain fenders.

By foot: Slow down, relax. Portland is a beautiful city at night. If you are headed to the east side, take a stroll across the Hawthorne Bridge and take in a great view of the downtown area.

Even the Park Blocks can be nice at night, but as mentioned earlier, sticking to well lit areas is always the safest bet when walking at night, especially if you are alone.

Also, it’s not a bad idea to have an umbrella handy. 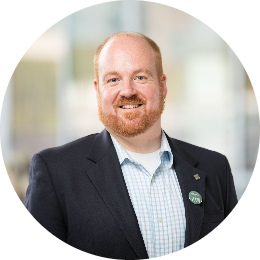 SCEC holds a discussion on hunger and homelessness