Portlanders gathered in front of the Justice Center and federal courthouse for the 51st consecutive day of protests against racism and police brutality on July 18.

Portland City Commissioner Jo Ann Hardesty published an open letter to Mayor Ted Wheeler on Twitter the morning of July 18, calling on Wheeler to either rein in the police or give her control of the police department.

In her letter, Hardesty described the 50th night of protests on July 17 as nonviolent until law enforcement intervened.

The night commenced with speeches, lighting candles and performances by hip-hop artists.

“But not long after I closed out the speaking portion of the event…there was another unprovoked brutal attack by our federal government,” Hardesty continued. “Portland Police once again joined in the aggressive clampdown of peaceful protest.”

In the evening of July 18, a group of over 20 white-coated doctors and healthcare workers spoke on the steps of the Justice Building in front of a banner that read, “Stop assaulting our patients.”

Dr. Bryan Wolf, a radiologist and assistant professor at OHSU, read from his written testimony and described his experiences as a supervisor to OHSU medical students acting as volunteer medics during the protests. Portland police confiscated medical equipment and arrested a retreating medical student one month ago, but OHSU volunteer medics continue to provide aid during protests.

The medical professionals ended their speeches around 9 p.m. Protesters began to dismantle the chainlink fence encircling Lownsdale and Chapman Squares and the Terry Schrunk Plaza.

An hour later, protesters threw smoke bombs and took down the fence in front of the federal courthouse. They piled sections of fencing in front of the entrances, which law enforcement had already barricaded.

Around 10:40 p.m., federal agents arrived at the courthouse and unleashed tear gas, scattering the crowd, which retreated several blocks west.

Federal agents stationed in Portland lack training in crowd control, according to The New York Times, and are exempt from a recent Oregon law restricting the use of tear gas by police, according to Willamette Week.

Protesters waited for the gas to disperse, then regrouped in front of Pioneer Courthouse, which has taken the place of the Justice Center as the main site of clashes between protesters and law enforcement.

On Sunday, Oregon sued the federal government over its unlawful detentions of protesters, as federal agents have pulled protesters off the streets and driven them away in unmarked vans. Mayor Ted Wheeler and Governor Kate Brown have both called for federal troops to leave Portland. 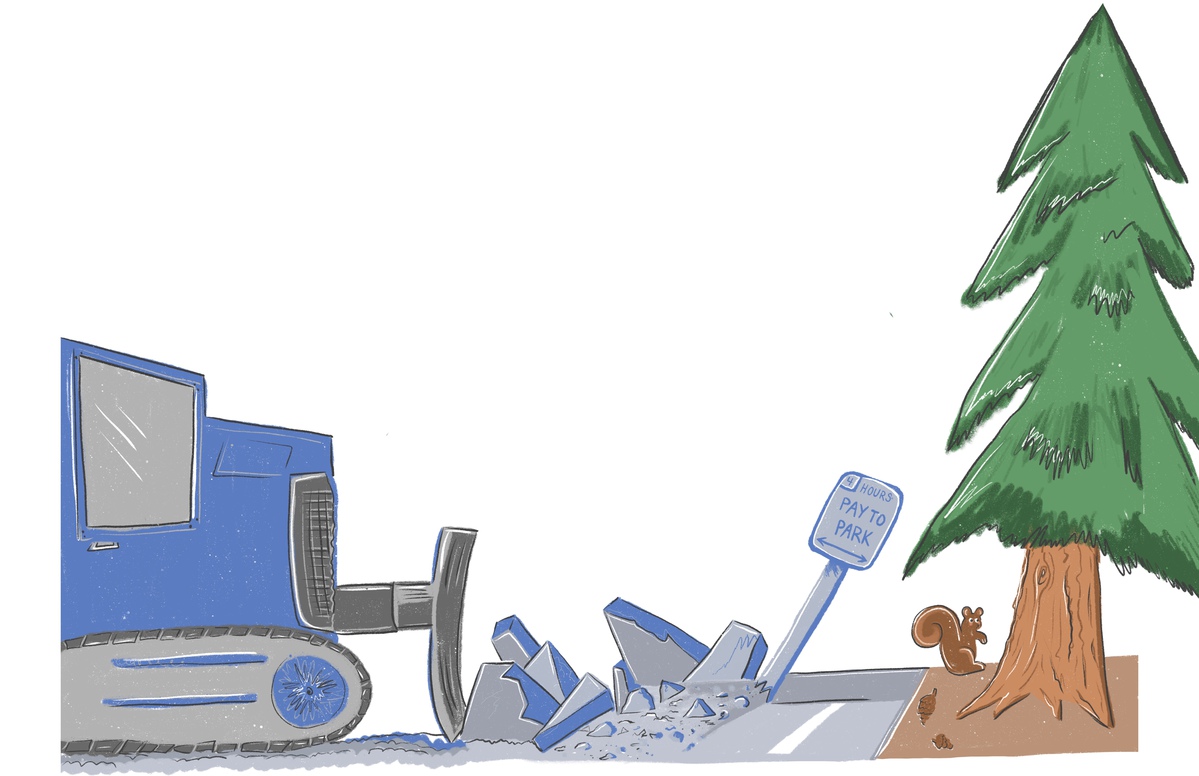