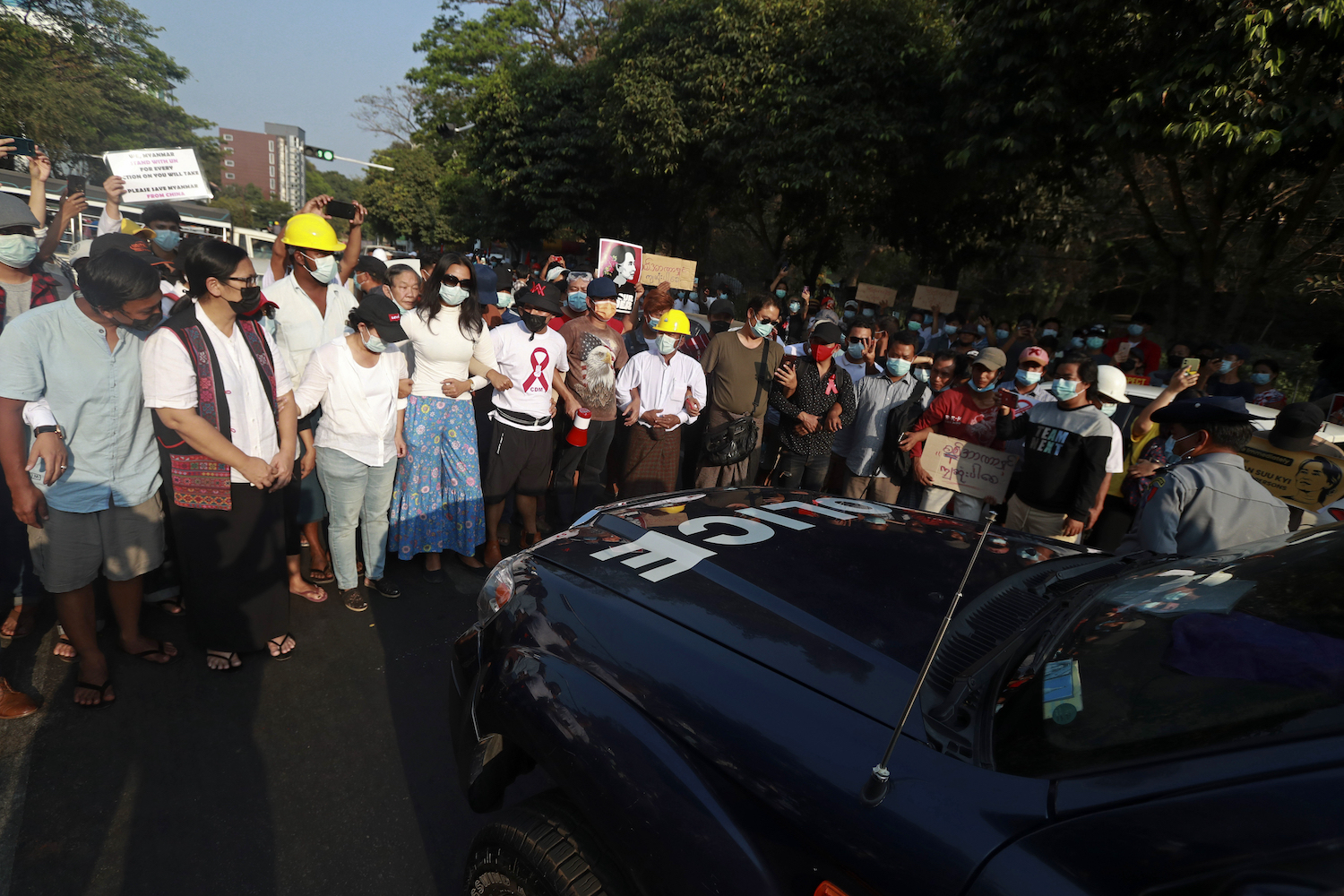 Hundreds of thousands of people have taken to the streets of Myanmar in protest following the military coup d’etat on Feb. 1, according to Al Jazeera.

The military party detained democratically elected President Win Myint and the National League for Democracy (NLD) party leader Aung San Suu Kyi the morning of what was supposed to be the first week of the parliamentary session. Citizens woke up to an announcement that power was now in the hands of Commander in Chief Min Aung Hlaing

“Waking up to learn your world has been completely turned upside down overnight was not a new feeling, but a feeling that I thought that we had moved on from, and one that I never thought we’d be forced to feel again,” said a Myanmar resident who wished to remain unnamed, according to BBC.

The military ruler instituted a state of emergency set to last for one year. The country is also under a strict nightly curfew from 8 p.m.–6 a.m.

The Union Solidarity and Development Party—which is backed by the military—has claimed the NLD’s landslide November election was fraudulent and called on authorities to hold an “election that is free, fair, unbiased and free from unfair campaigning.”

Despite national and international groups legitimizing the election results and presenting no proof of the contrary, tensions continued to rise as the opposition called for reelection.

Thousands of people took to the streets across the country for anti-coup demonstrations.

“As part of Generation Z, we are first-time voters. This is our first time to protest as well,” said one student who declined to give her name, according to AP News. “They negated our votes, and this is totally unfair. We do not want that. We hope they release our leaders and implement a real democracy.”

Although protests have remained mostly peaceful, accusations of excessive force by police have been common.

Amnesty International investigated a claim on Feb. 9 of security forces using lethal weapons against protesters at the capital of Nay Pyi Taw.

“The social media materials we have verified show that police recklessly targeted protesters, with no respect for their lives or safety whatsoever,” said Sam Dubberley, head of the crisis evidence lab at Amnesty International. “Their abhorrent use of lethal force against protesters is unlawful, and must be independently, thoroughly and promptly investigated.”

The coup leaders are accused of causing internet blackouts in an attempt to quell protests and stop the spread of information. Notably, NetBlocks, which tracks Internet disruptions, reported an information blackout that lasted for 8 hours on Feb. 14.

According to the Assistance Association for Political Prisoners, as of Feb. 15 a total of 426 people have been arrested and detained in relation to the military coup. While only three of the arrests have been sentenced, 391 are still in custody.

“Myanmar’s new military junta should immediately and unconditionally release all detainees, rescind the state of emergency, and recognize the duly elected parliament,” said Human Rights Watch Asia Director Brad Adams. “The global community should finally act in a coordinated and sustained way to defend the Myanmar people’s fundamental freedoms and right to choose their leaders, and impose targeted sanctions and other measures to reverse military abuses.”

This is not the first time the Myanmar government has been under military rule.

From 1962 until 2011, Myanmar was under strict military rule. The country’s name was even changed by military leaders from Burma to Myanmar in 1989. Some countries refused to use the name Myanmar to deny the legitimacy of the military rule.

“This is a fight for our future, the future of our country,” youth activist Esther Ze Naw said at a protest in the main city of Yangon, according to Reuters.“We don’t want to live under a military dictatorship. We want to establish a real federal union where all citizens, all ethnicities are treated equally.”

Many countries have outwardly shown their support for the pro-democracy protesters.

“We support the people of Myanmar in their quest for democracy, freedom, peace, and prosperity. The world is watching,” stated a joint statement from multiple ambassadors to Myanmar.