A ‘Wall of Moms” shielded protesters from law enforcement on July 20, marking the 53rd night of protests against police brutality.

The moms marched from Salmon Springs fountain to join another group of protesters at the Justice Center. While the group was seen protesting in white T-shirts at the start of the weekend, their numbers were around 20–30. On Monday night, now wearing yellow, the number of moms was over a thousand.

Around 10:30 p.m., protesters marched north to the Apple store where a mural to George Floyd and other Black victims of police brutality had previously been painted on the plywood that boards up the store. As they passed the mural heading east down Yamhill, protesters raised their right fists during a moment of silence. The group marched back toward the Justice Center.

By midnight, protesters surrounded the front entrance to the federal courthouse with moms locked arm-in-arm at the front of the crowd. As protesters kicked and pounded at the graffitied wooden walls that barricade the federal courthouse, federal law enforcement shot pepper balls—a type of non-lethal munition containing pepper spray—out openings in the walls. The pepper balls dispersed enough of the crowd for law enforcement to exit the building, tossing tear gas and flash bangs in the process. In response, some protesters threw water bottles and launched fireworks back at officers, as well as used leaf blowers to disperse tear gas.

Most of the protesters were driven back by the munitions down 3rd Avenue toward Taylor Street and west to 4th Avenue. One protester shouted to a group of teary-eyed and coughing protesters: “this is not a riot. It’s a revolution.” Another protester was able to swat away a tear gas canister with a badminton racket before being shot “5 or 6 times” with pepper balls; they continued protesting with their right arm in a sling, still wielding the racket.

Law enforcement returned to the courthouse, and after the tear gas dispersed, so too did the protesters. Multiple trash cans were set on fire, as well as a tree that was just outside the courthouse. The tree was quickly put out, but it sparked some confrontation among protesters about what was acceptable at the protest and what was important to the movement.

Earlier in the evening, while standing over hundreds of protesters at the Justice Center, a 4-year-old girl chanted through a megaphone something all protesters agree on: “Black lives matter.” 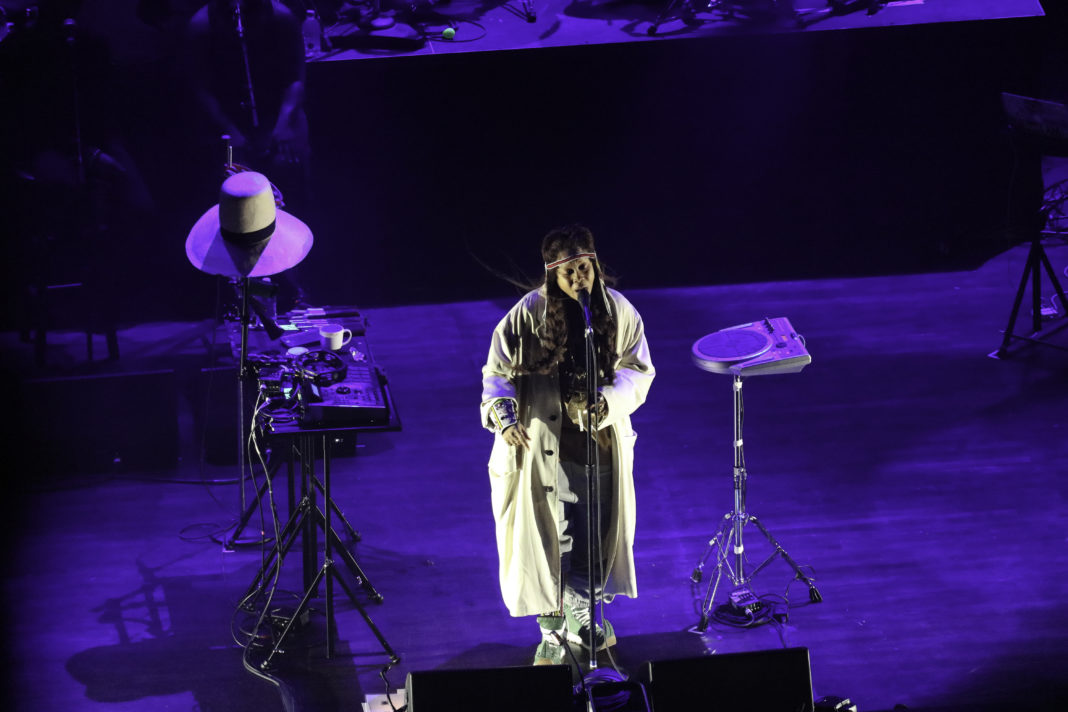