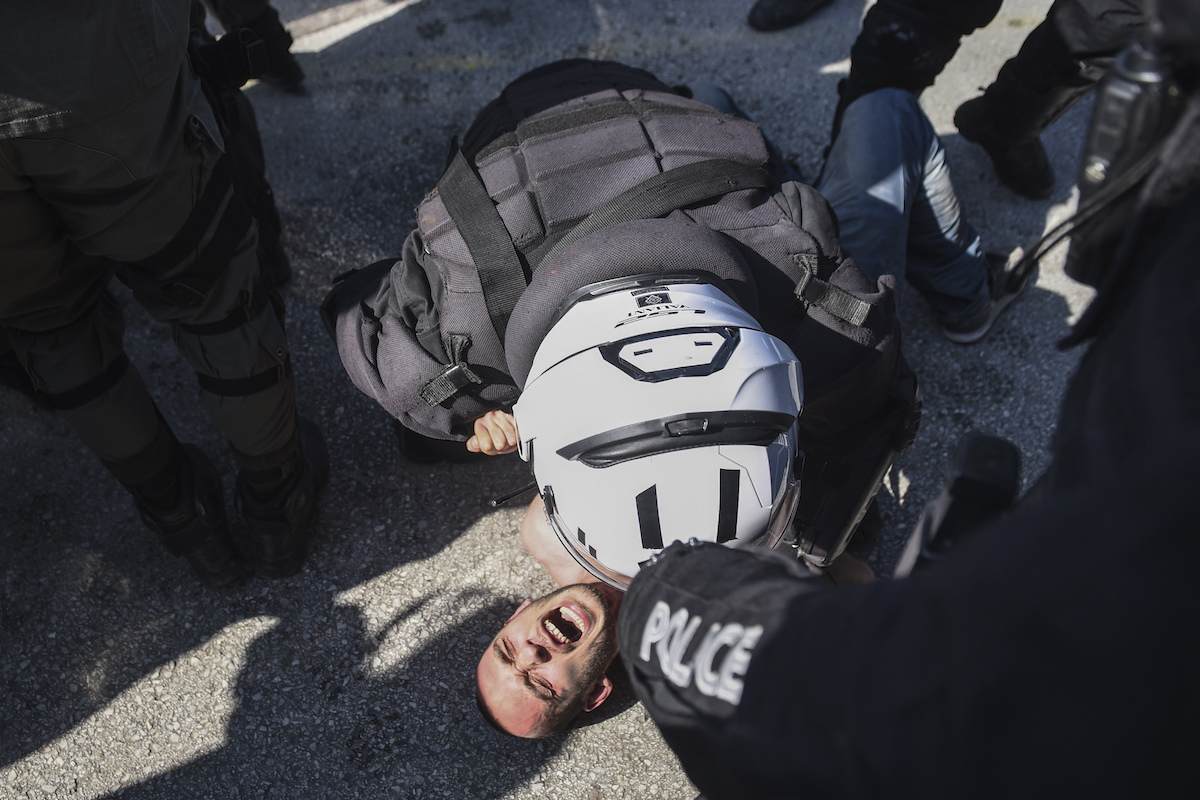 Police detain a protester at the University of Thessaloniki in northern Greece, on Monday, Feb. 22, 2021. Giannis Papanikos/AP Photo

On Feb. 22, 31 people were arrested in Thessaloniki, Greece’s second largest city, while protesting a new campus security law, according to AP News.

The new measure approved by parliament earlier in February allows police to patrol and make arrests on university grounds, something that has been banned for decades. Although police on campuses are unable to carry firearms, they have authority to call in riot police at their discretion who are able to.

The legislation also plans for the creation of a special university police force that has the power to arrest and detain those deemed troublemakers and a “disciplinary council” that has the authority to suspend or expel students.

“I’m afraid that a militaristic culture will be heading to campus,” said Fotini Tsibiridou, a professor at the University of Macedonia, according to Deutsche Welle. “This doesn’t fit with an environment based on liberal freedoms, open dialogue and critical thinking. When people think about police, they think about oppression and not about freedom.”

On Nov. 17, 1973, when Greece was ruled by a military government, tanks were used to end a student occupation at the Athens Polytechnic University and at least 26 were killed.

“Because of the civil war and the military junta that was in place between 1967 and 1974, people have many ugly memories when it comes to the police,” Tsibiridou said.

After the military government was brought down, a law was enacted in 1982 that made university campuses places of asylum. It was designed to protect protesting students and the freedom of ideas. Police were unable to enter campuses, except for particularly serious crimes.

On Aug. 8, 2019 the newly elected center-right New Democracy government repealed the academic sanctuary law, saying it was used as a cover for lawlessness, according to Al Jazeera.

At the Feb. 22 demonstration, 32 people in total were fined 300 euros each for breaking the country’s lockdown rules after the protest turned violent.

On Feb. 23, over 5000 people gathered outside a courthouse in Thessaloniki in support of those arrested.

Proponents of the law argue the role of police presence is to increase safety on campuses.

“The job of the Greek police is to support the universities by making them safer for both students and professors,” said Theodoros Kallitsis, chairman of the New Democracy Party in Thessaloniki.

“The problem of violence in Greek universities is timeless,” said a spokesperson for the Ministry for Citizen Protection. “The police will drive out extremist political groups and guard infrastructure, finally making the university a safe place.”

In October 2020, eight masked and gloved assailants entered the Athens University of Economics and Business rector’s office and threatened him while vandalising his office, as reported by Al Jazeera.

“The main problem is people coming from outside, not university students,” said Deputy Education Minister and Professor of International Law Angelos Syrigos, according to Al Jazeera. “I strongly believe that 90% of the problem is going to be solved with the introduction of the checking of the people entering the university buildings. Police forces are needed for the remaining 10%.”

Last year, approximately $200,000 worth of equipment was stolen from Athens Polytechnic University.

“It happens that groups of self-styled anarchists occupy university classrooms or damage equipment,” Maria Kalkoni, a student protester, said. “However, these episodes do not hinder university activities as the government would have us believe.”

“Since Kyriakos Mitsotakis was elected in 2019, he has kept hiring new policemen in response to every alleged problem,” student protester Alekos Akridas said. “This policy has brought nothing but more riots and a climate of fear,”

The legislation would also include improvements to lighting and the introduction of surveillance cameras, gates with card readers and on campus security guards.

“Security is not what it should be … [It] has been scaled back a great deal in recent years for financial reasons,” said Evangelos Sapountzakis, assistant rector at the Athens Polytechnic. “The result is acts of violence, thefts and so on. We need state money to boost security.”

The New Democracy Party cut funding to universities by more than 22% this year and provided no aid to them for the COVID-19 crisis, according to Deutsche Welle.

“The problem of the Greek universities is not about police, but about the lack of funding,” said Dimitris Kaltsonis, professor of state theory and law at Panteion University. “According to surveys, the crime rate in Greek universities is in line with that of other countries. Moreover, the police can already enter if a crime is committed—there is no need for special police to control the campuses.” 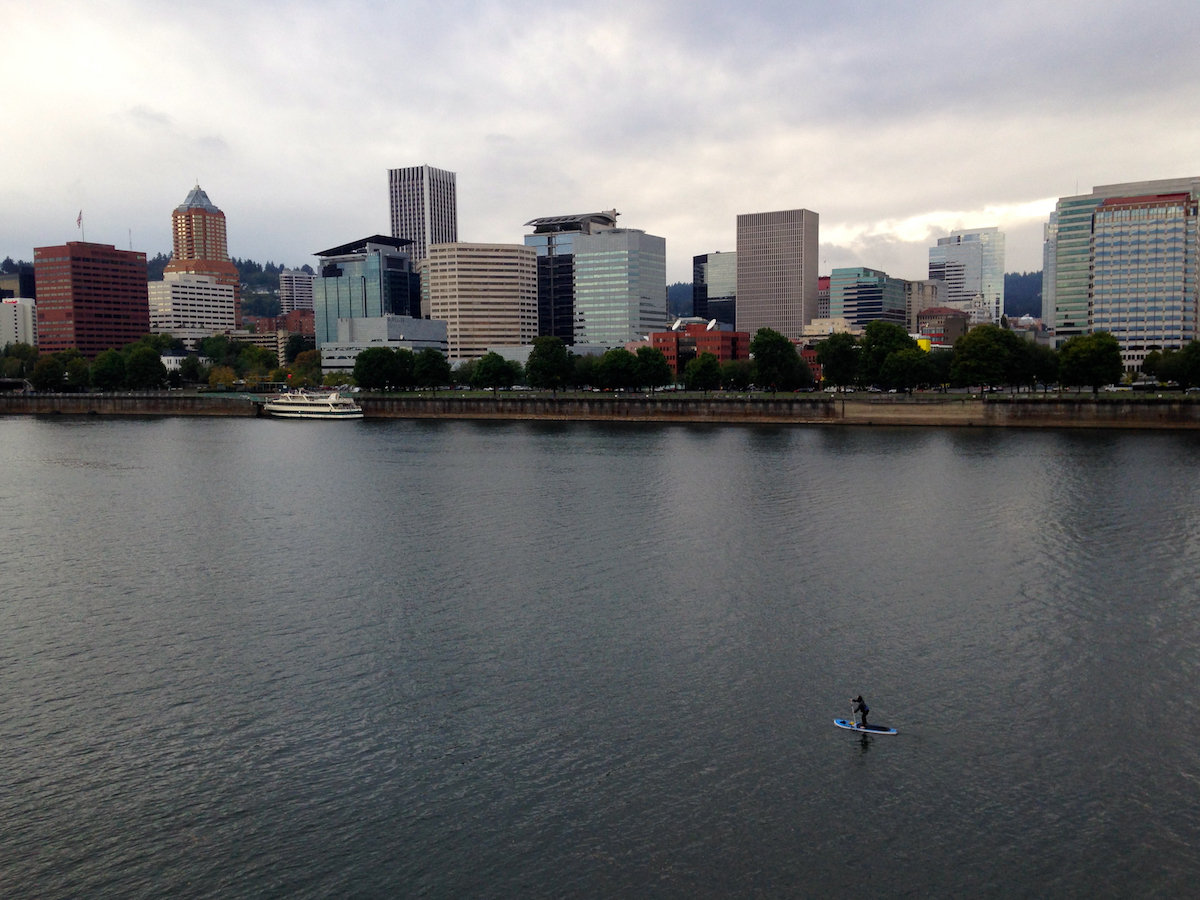 Police detain a protester at the University of Thessaloniki in northern Greece, on Monday, Feb. 22, 2021. Giannis Papanikos/AP Photo