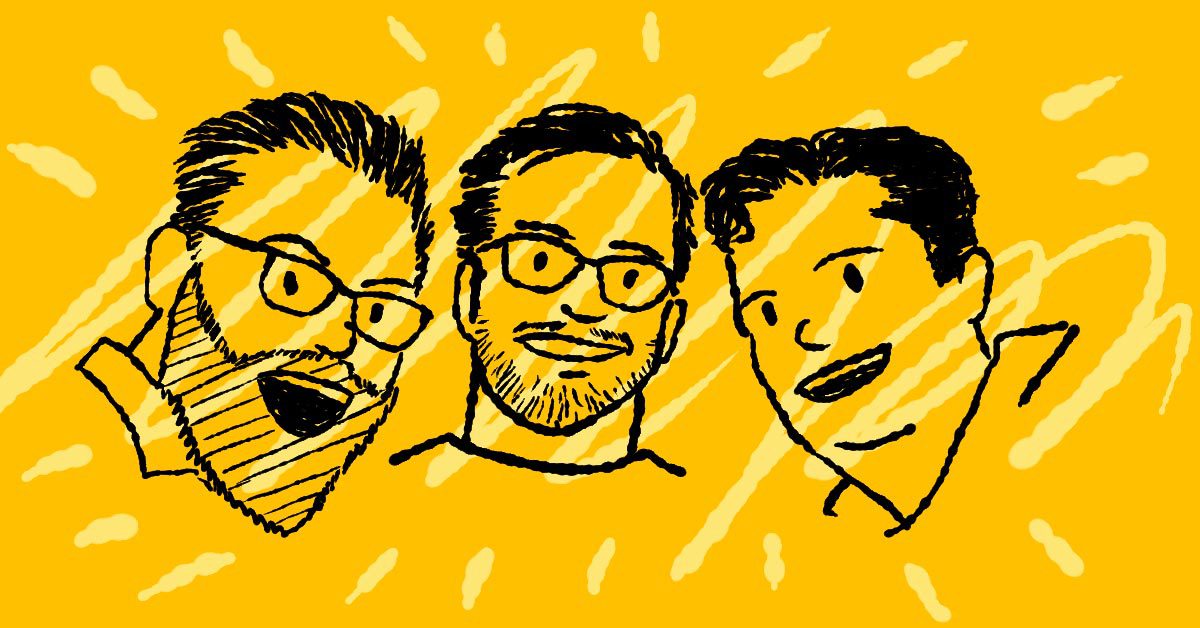 “Hey, you should check out this great podcast!” If you’re like me, you tune out as soon as those words are spoken, usually said by a well-to-do friend or any man alive. Luckily, the podcasting world extends far beyond the drudgery of Silicon Valley tech updates and the terror of constant breaking news. Podcasting has taken on every genre imaginable. The form is revolutionary for low-budget storytelling, and allows independent creators to put out their work in a space that demands very little compared to a TV network or a publishing company. If you hear “podcast” and your mind immediately goes to your dad listening to Terry Gross in the car, you’re not technically wrong, but there is so, so much more out there. Calling all cynics—these podcasts are for you.

Podcasting is, strangely enough, the perfect vessel for telling a horror story. Without the typical visual elements that accompany horror media, creators have gotten innovative with sound effects and in-story mechanisms built to keep you awake at night. The lack of visual elements  also means creators are free to build their worlds the way they want. If you’re a fan of horror and haven’t delved into the podcast realm, now’s the time—maybe skip any episodes about plagues or pandemics.

Have you talked to me in person recently? No, you haven’t, because we’re all in quarantine. However, my roommates know I will not shut up about this show. According to Book Riot, it’s “an unsettling jigsaw puzzle that hops, skips, and drowns in the macabre”—it starts as a horror anthology, with each episode a spooky one-off told through the lens of an archivist recording witnesses’ statements. As the seasons progress, the episodes are slowly woven together into an overarching narrative that absolutely blows every B-tier horror movie out of the water. The Magnus Archives has a cult following, an incredibly detailed paranormal system and a canonically biromantic asexual MC. Barring the fact this caters to every one of my wishes like a particularly gruesome monkey’s paw—the creator has already established it won’t end well—I would highly suggest you give it a try before its fifth and final season draws to a close sometime in 2020.

If you liked this podcast, try Archive 81, Welcome to Night Vale, Mabel, Alice Isn’t Dead, Limetown, and The Horror of Delores Roach.

If the idea of entrenching yourself in a gritty, dark universe populated by evil entities is just a little too much right now, another genre podcasts excel in is comedy. Combine a free license to swear and an endless amount of reaction material courtesy of the internet, and you get…really weird with it.

My Brother, My Brother and Me

My Brother, My Brother and Me is a staple of the comedy podcast scene. It’s an advice show for the modern era, in which the three titular brothers—Justin, Travis and Griffin—answer Yahoo questions curated by listeners. It’s the perfect avenue into deciding if podcast humor is for you. If you enjoy the brothers’ goofs, there’s a backlog of over 500 episodes, each about an hour long—plenty to last you through quarantine and then some, fingers crossed.

The MBMBAM cinematic universe also includes individual offshoots such as Sawbones with Justin McElroy, Shmanners with Travis McElroy, Wonderful! with Griffin McElroy and The Adventure Zone with all three brothers and their dad, which has its own category in this list. It also includes Till Death Do Us Blart, which consists of the McElroy brothers re-watching Paul Blart Mall Cop 2 every year on Thanksgiving until “the end of linear time,” according to the summary.

If you liked this podcast, try The Tiny Meat Gang Podcast, Hysteria, Jenna & Julien Podcast, Lovett or Leave It, The G Cup and The Besties.

Podcasting was born in 2004 and the numbers both in production and of the audience have only gone up since then, according to Vulture. While a lot of the late-2000s podcast boom is rightfully attributed to shows like The New York Times’ The Daily and NPR’s Up First, which popularized the platform and allowing for investors and companies to fund “this whole podcast thing,” my heart belongs to the creators who poured themselves into a story, powered up their iPhone, and hit record. Fiction podcasts, while not the darling of ratings nor of the average commuter, create worlds to transport you anywhere else but here, and have garnered a special spot in the hearts of reviewers and listeners alike. With the death of radio came the birth of storytelling podcasts, and I am so, so grateful.

The Adventure Zone is a Dungeons and Dragons podcast—a popular topic on the podcasting platform—created by the aforementioned McElroy brothers and their dad in 2015. The podcast is a vehicle for comedy, and remains as such throughout the episodes, but the storytelling mechanisms and characters get more detailed as it progresses. The show starts off a little rough, but it’s pretty easy to pick up at the beginning of a story arc—I recommend starting with “Murder on the Rockport Limited,” possibly backtracking to the three-episode arc “Moonlighting” if you’re desperate for background—without too much confusion. Journey with the brothers and their dad, all Dungeons and Dragons newbies, as they engage in vital conflicts like man versus self, man versus nature and man versus dice.

It’s hard to pin a genre on The Penumbra Podcast, and that’s the way the creators like it. Penumbra works primarily as a mystery crime-thriller, with two separate overarching storylines. Most episodes follow the main character, Detective Juno Steel, on their journeys, but a handful of episodes are stand-alone twists on classic tales. Listen to “The Coyote of the Painted Plains,” a sapphic twist on a country western, for an idea of what the stand-alones are like, then dive into the main mystery with Steel. Or, listen to the Second Citadel series about “free lance” knights slaying monsters and riding off into the sunset—it’s up to you. According to HuffPost, “Young, fun, fantastical and, most notably, inclusive, The Penumbra Podcast is a must-listen for young queer people, people who love podcasts, and anyone with a pulse and Wi-fi.”

If you liked these podcasts, try Critical Role, Wooden Overcoats, King Falls AM, The Broadswords, Rivals of Waterdeep, The Strange Case of Starship Iris, and Midst. 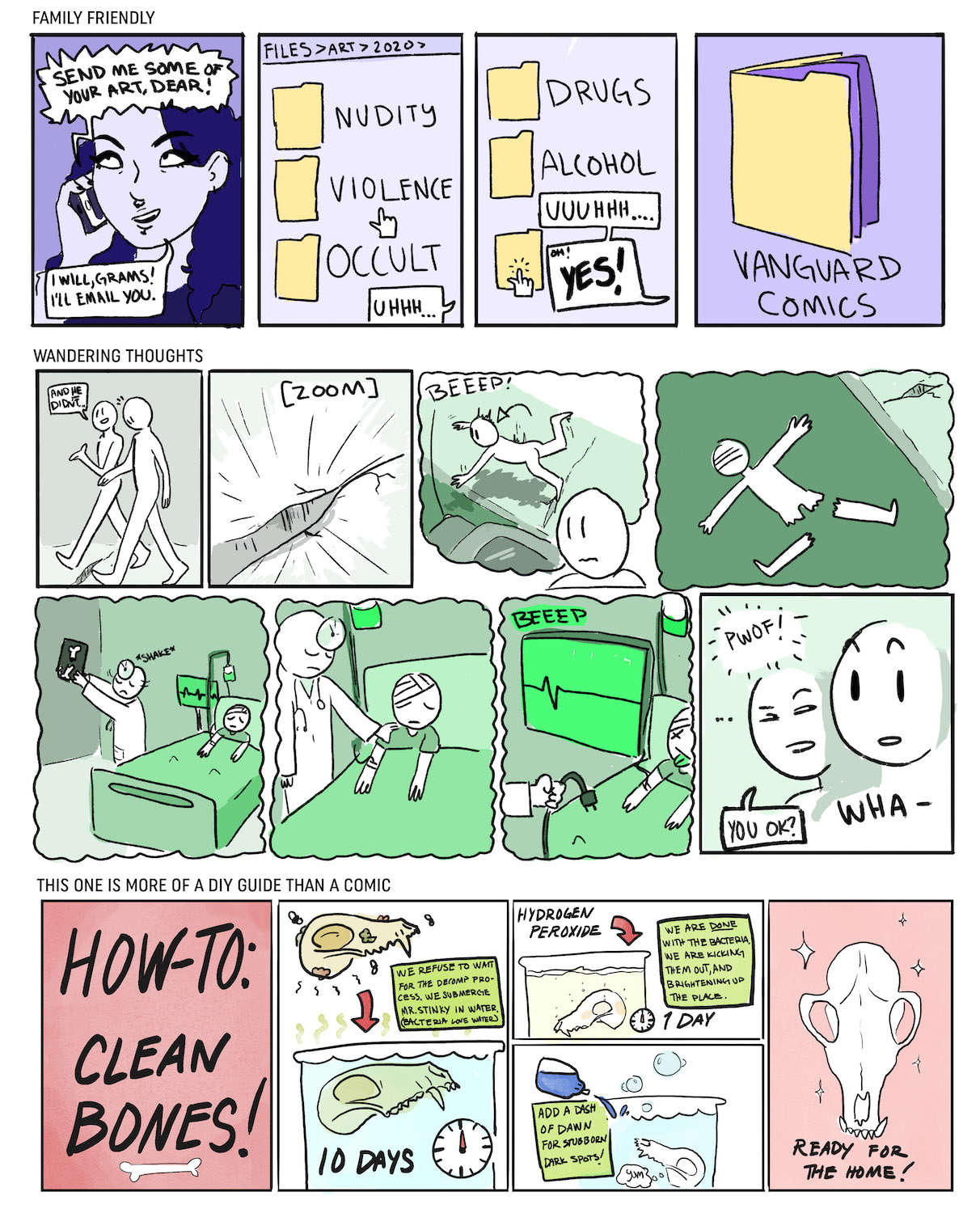 The Highest Court Report: Who’s Afraid of the Dark (Money)