The wood used to build the pyramid-like structures that adorn the playground installed in 1971 were treated with chromated copper arsenate (CCA), which, according to a report by the Environmental Working Group, can leach out over time to contaminate ground water.

Ernest Tipton, PSU facilities planner, says that growing scientific evidence in the past three years has underlined the threat of wood treated with CCA.

“It was industry standard to use it to make the wood resistant to decay and insect resistant,” Tipton said.

But the chemical has been found to leach out of treated wood, “especially in a moist area like ours where it gets saturated,” Tipton said.

The EPA has classified arsenic as a known human carcinogen. It is also linked to increases in blood pressure and diabetes in a study by the National Research Council.

Since the structure was built before the Americans With Disabilities Act, any new construction must meet new accessibility standards.

The main hurdle the university faces in upgrading the facility is the complex web of regulations governing the maintenance of public lands.

Since the City of Portland owns the playground, any new structures built on the land must be donated back to the city. That precludes PSU from using money it receives from the state or city to do the upgrading.

“It’s a complicated process when you have two bureaucracies trying to work together,” Tipton said. “Both PSU and the city have an obligation to protect the public good in different ways. Getting both of those goals to mesh is the challenge.”

While the city has an interest in replacing the playground with a new structure, it doesn’t have the funds necessary to do it.

“We could probably force the city to remove the equipment, but then we’d have nothing,” Tipton said.

To that end, ASPSU and PSU are attempting to secure private donations to replace the structure.

Since PSU isn’t capable of paying the full price for a typical construction project of this type, facilities is looking to volunteer workers in the parks department for help.

The bill will still likely be around $30,000, half of which Tipton expects to come from private donations.

“That doesn’t count the enormous contribution of volunteers and PSU staff,” Tipton said.

Tipton adds that the cost would be much higher if the city wasn’t waiving a number of fees in order to ensure completion of the project.

“They really want to see this happen and they’re doing what they can to help,” he explained.

The first plan to upgrade the playground came back far in excess of what the university could pay. Now that the costs have been mitigated with volunteer work, the only thing left to do is orchestrate the project.

“We have to schedule it so we can do the non-volunteer work first,” Tipton said.

The first step was to cordon off the work area, with a warning fence provided by College Housing Northwest.

Now that that’s done and a plan has been approved, the only thing preventing the project from completion is the possibility of future bureaucratic entanglements.

“Our goal is to try to have it wrapped up in four months,” Tipton said. 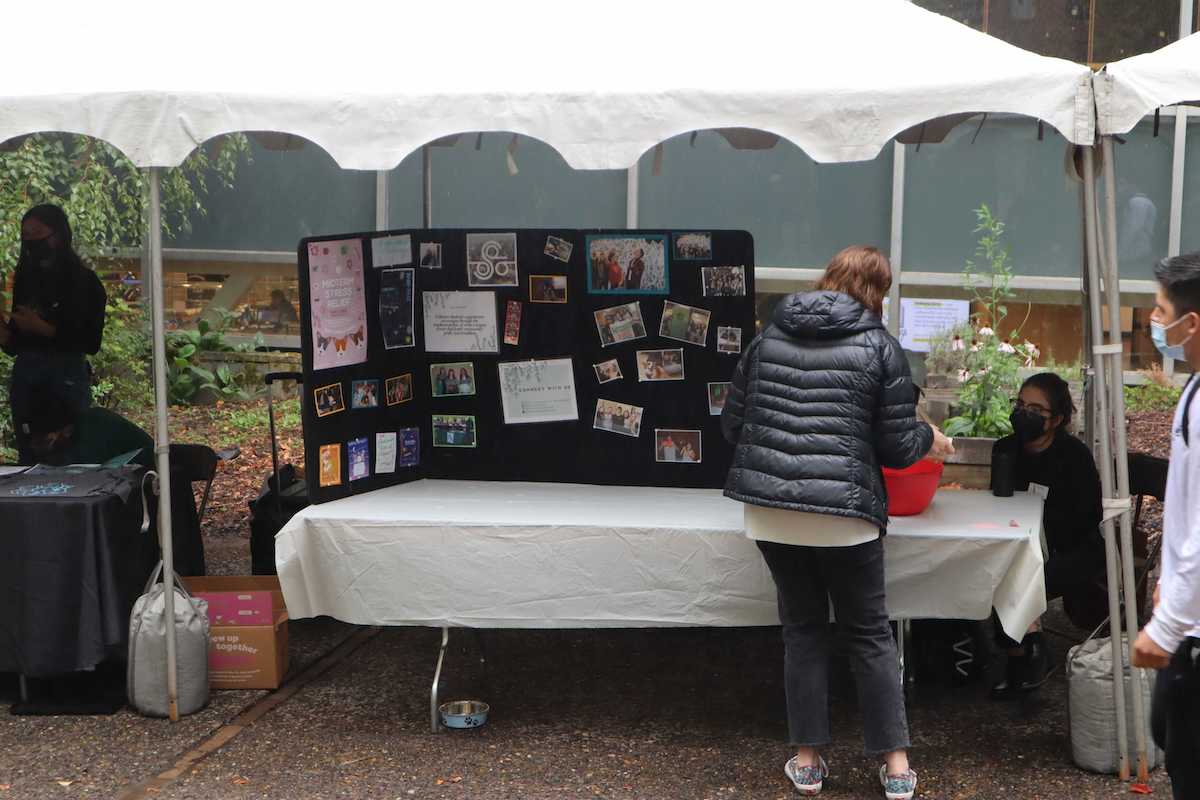 Clubs and student organizations come back to school