A crowd of peaceful protestors gathered at Chapman Park in downtown Portland on May 14 at around 4 p.m. in response to the American Health Care Act, which passed the United States House of Representatives on May 4.

Beaverton resident Ahmed Elbeltagi decided to take initiative in planning the event due to the lack of observed local demonstration since AHCA passed. “I really wanted to see somebody stand up,” Elbeltagi said. “I figured if everyone just says, ‘Somebody needs to do something,’ and nobody does anything, nothing will get done.”

House Speaker Paul Ryan  introduced the AHCA to the House on March 6 in order to “end the Obamacare nightmare and give Americans access to truly affordable, quality health coverage.” The bill needed approximately 216 votes to be passed by the House and received 217 without any support from Democrats.

The primary concerns for the enactment of AHCA involve the loss of health care insurance benefits or the qualification for insurance altogether. “I’ve never seen something so barbaric passed through Congress before,” Elbeltagi said. “We can’t really be complacent at this moment.”

Although the event’s Facebook page received interest from 612 community members, the attendance actualized around 20–30 participants. Those who did attend listened to Elbeltagi and other event participants openly discuss the possible negative effects that AHCA poses to U.S. citizens. One protester tearfully thanked those who did attend and shared her own personal struggles and fears as a woman with pre-existing health conditions.

In addition to the gathered support was a local marching band called Unpresidented Brass Band, who briefly performed for the event in support of the protest’s cause. Miles Thompson, UBB founding member, performed alongside nine other brass and percussion players while one other member held up the band’s banner.

UBB trombone player, Tom McFadden, explained to the Vanguard that the band’s protest participation was inspired by the desire to “support and bring fun energy” to protesting. “This is our fourth protest,” McFadden said. The other three performances took place this year for the PDX Tax March, March for Science, and the Climate March.

Andrine de la Rocha, UBB member, described the ways in which AHCA would directly affect her own family. “Each of my children will not have health care,” de la Rocha said. “They are both performers and artists and they don’t work for any person, they work for themselves.”

According to BBC News, repealed mandates include the requirement of companies with over 50 employees to offer health insurance, the approval of customers with pre-existing health conditions, and covering services such as emergency room visits, cancer treatment, prescription drugs, and mental health counseling.

Under Obamacare, insurers were prohibited from inflating the cost of coverage for those who are elderly or have pre-existing health problems, but under the enactment of AHCA this mandate will be repealed as well.

Obamacare’s repealed mandates will be enacted individually by state. However, another large concern with this involves the AHCA’s approval of state insurers withholding reproductive and contraceptive care from women and, in addition, banning the use of federal tax credits to purchase insurance plans that cover abortions.

Shortly after AHCA was initially presented to the House in March, the Congressional Budget Office and Joint Committee on Taxation released an estimate that predicted AHCA’s enactment would reduce federal deficits by $337 billion, but at the expense of increasing the amount of uninsured Americans by 24 million in the next ten years.

According to the Centers for Disease Control and Prevention’s early release of the National Health Survey, the number of uninsured Americans under 65 years old is currently at 28.4 million, or close to 9 percent of the U.S. population as of May 13. If the U.S. Census Bureau’s most recent projection on U.S. population growth is correct, increasing this amount by 24 million people would leave about 15 percent of Americans without health insurance by 2026.

“Personally, my parents are on subsidies through Obamacare and they would lose their insurance,” Elbeltagi said. “I’ve calculated how much they would have to pay and it would more than triple per month—which they can’t afford, and I know that a lot of business owners are in the same situation.”

The actual cost of the bill will be unknown until the CBO and JCT release a revised estimate, which is expected on the week of May 22.

The CBO and JCT estimates are expected to change as the bill heads to Senate. AHCA’s approval among Republican Senators has not been equally shared, and plans for rewriting the bill have been reported. The likelihood of AHCA passing Senate has been widely speculated, as the bill requires 51 Senate approvals out of the 100 Senators that stand. 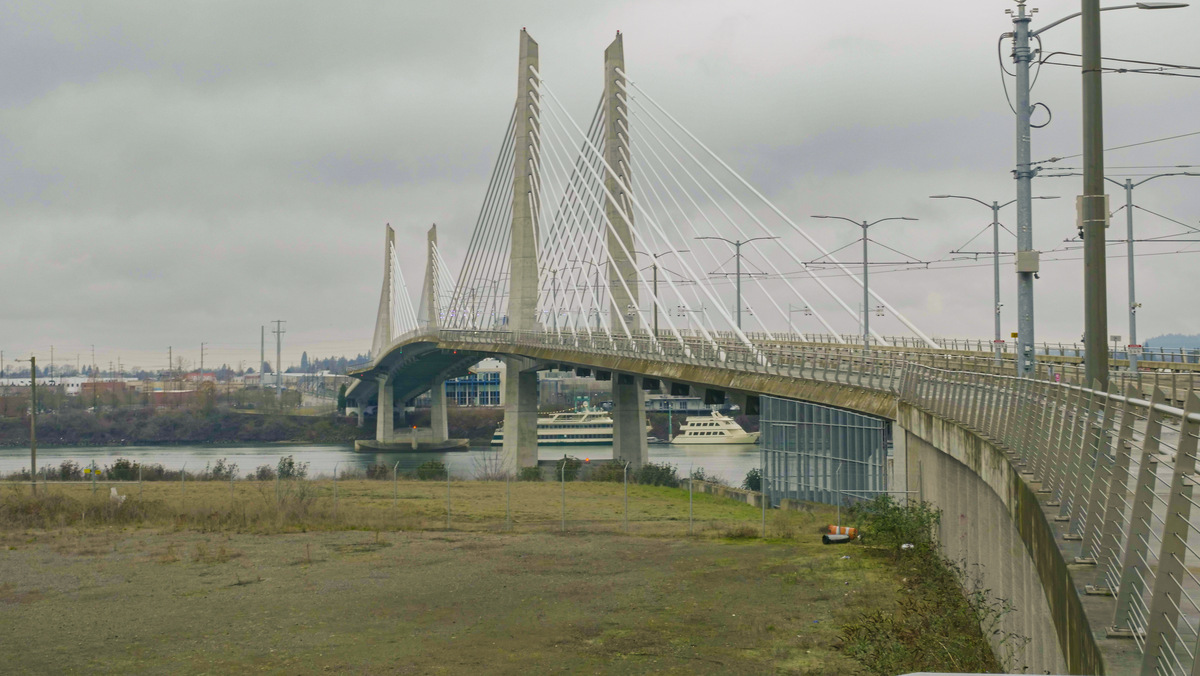 The westside view of Tilikum crossing over the Willamette River. Courtesy of Elias Lunsford

Free and easy hikes around Portland