As ex-Google employee James Damore prepares to visit campus on Saturday, Feb. 17 for a “We Need to Talk About Diversity” talk at Hoffman Hall, Portland State and greater Portland community members plan alternative events and protests to resist the controversial speaker.

Google fired Damore in 2017 after he released a memo claiming biological differences between men and women led to the lack of diversity in the tech industry. Damore is now suing Google for alleged discrimination. Weinstein and Heying resigned from Evergreen last year and settled with the college for $500,000 after protesting the school’s Day of Absence, in which participating white students were asked to leave campus to talk about racial oppression.

Associate Students of Portland State University will hold a “This is what diversity looks like” party in the PSU Park Blocks during the talk, and the Women in Computer Science group will co-host an event for students to network with tech employers, receive feedback on their resumes, and participate in mock interviews.

Damore, a former Google engineer, was fired in August 2017 because parts of his memo violated Google’s code of conduct. At the time, Business Insider reported, Google CEO Sundar Pichai said the memo went too far “by advancing harmful gender stereotypes in our workplace.”

Damore’s memo stated Google’s “left bias has created a politically correct monoculture that maintains its hold by shaming dissenters into silence.” It continues, “This silence removes any checks against encroaching extremist and authoritarian policies.”

Seemingly trying to prove Google’s diversity-promoting biases are not grounded in fact, Damore argues lack of diversity in the tech industry is caused by insurmountable biological differences between men and women. Specifically, Damore argues women are more people-oriented, less stress-tolerant, and more neurotic than men, making the tech industry an unsuitable workplace for most women.

To support his claims, however, Damore’s memo links to a number of Wikipedia pages. It does also link to a few psychological studies, but according to additional fact-checking by Business Insider, Damore misrepresents what the studies report about gender differences. Additionally, substantial research suggests both sexes share more psychological similarities than differences.

“[Damore] just doesn’t have enough context to make these arguments valid,” said WICS technical lead Karis Sponsler. “What [his argument] doesn’t quite grasp is the culture in which those arguments are brought in.”

Sponsler continued, “that argument presumes that culture has no influence on people as they’re brought up… it says you were born the exact way you’re going to end up.”

FT officer Reece Betcher said he was open to hearing arguments like Sponsler’s. “If there’s a way we can get women to feel like that there are no barriers, then I’m all for that,” he said.

Why Damore should or should not speak on campus

The Free Thinkers mission statement, according to Betcher, “goes something like ‘opposed to all forms of dogmatism insofar as those types of ideas harm human progress.’”

Betcher said FT wanted to bring Damore to campus because “he was fired for going against a narrative, and that narrative has become somewhat dogmatic in some circles.” Betcher added, “since we’re against dogmatism…what he did aligns with what [FT] is about as far as speaking the truth, being honest, reporting information [and] citing your sources.”

Boghossian, according to Betcher, is an unofficial mentor to FT. In an email he refused to answer interview questions unless Vanguard published his response “in its entirety without being edited.” It is standard practice for news organizations to edit quotes for clarity and brevity.

Though Betcher said he could not speak for the professor, he explained “What [Boghossian] is going to want from this event is to give people a chance to hear another position about diversity or multiculturalism or whatnot and be open to revising those beliefs.”

He added that Boghossian often says in his classes, “Don’t pretend to know things you don’t know, be honest, be trusting of reason [and] be willing to reconsider your beliefs.”

Sponsler said she believes Damore really believes his own arguments, but they are “blatantly ignorant [and] dressed up as intellectualism.” She added, “while I want to protect free speech, I don’t want the college to bring in somebody who is essentially an intellectual flat-earther.”

“We wanted to put on an event that would give people a reason to skip [Damore’s talk],” Sponsler said. “If you want to actually focus on your career, rather than go listen to somebody who was fired from theirs…then come to our event.”

ASPSU’s event flyer for the diversity party states, “Departments and student groups will be given room to set-up tables or booths and an opportunity to educate the community about the work they’re doing to promote diversity at PSU.” The group will also give participants an open mic opportunity to share their experiences through “speech, song, poetry or performance.”

ASPSU President Brent Finkbeiner and Vice President Donald Thompson III wrote in a joint statement that rather than trying to counter Damore’s event, “[ASPSU] saw an opportunity to celebrate our community values.” They added, “[when] we talk about diversity, the discussions wouldn’t be complete without the perspectives of diverse individuals.”

Organizers who plan to sit in at Damore’s talk wrote on Facebook: “Attend the event with us, bring your homework and some headphones, bring a sign that tells James Damore what you think of him, have a silent dance party, literally do anything that isn’t engaging this glorified internet troll.”

A source that did not want their name published wrote in a message that anti-fascist organizers may have planned “to buy out as many tickets as possible so [fewer] people would be able to get seats.” These organizers, according to the source, may also attempt to cut off power to Hoffman Hall during Damore’s speech.

“There might be some people that shout something every once in a while,” Betcher said, “but I’m not nervous. If it happens, it happens and we’ll deal with it.” 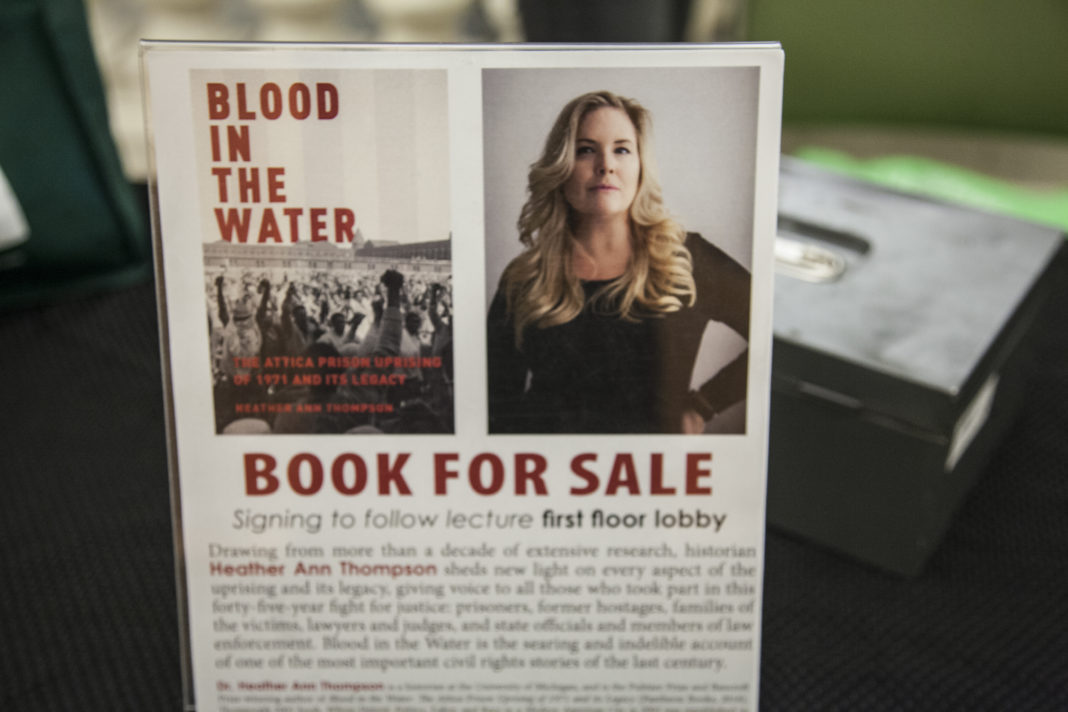 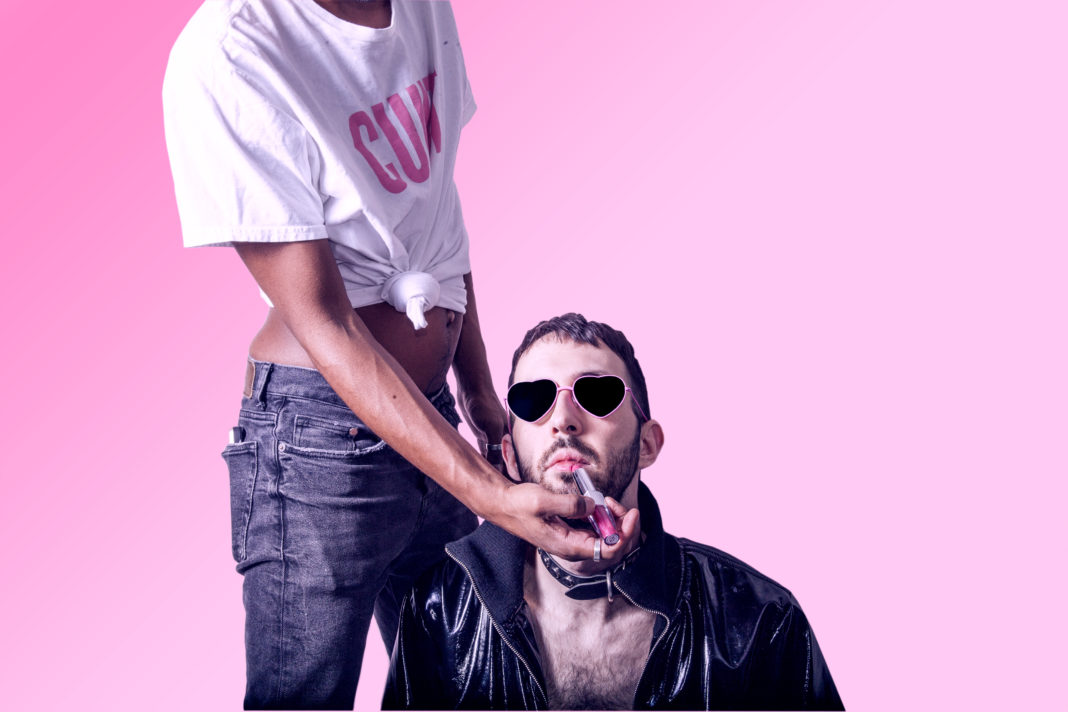 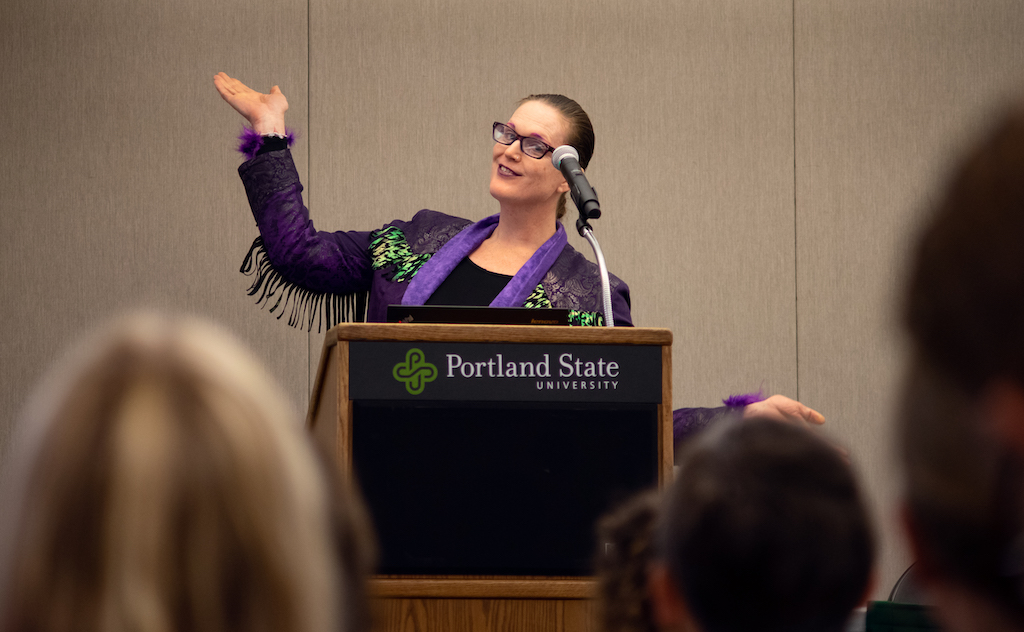