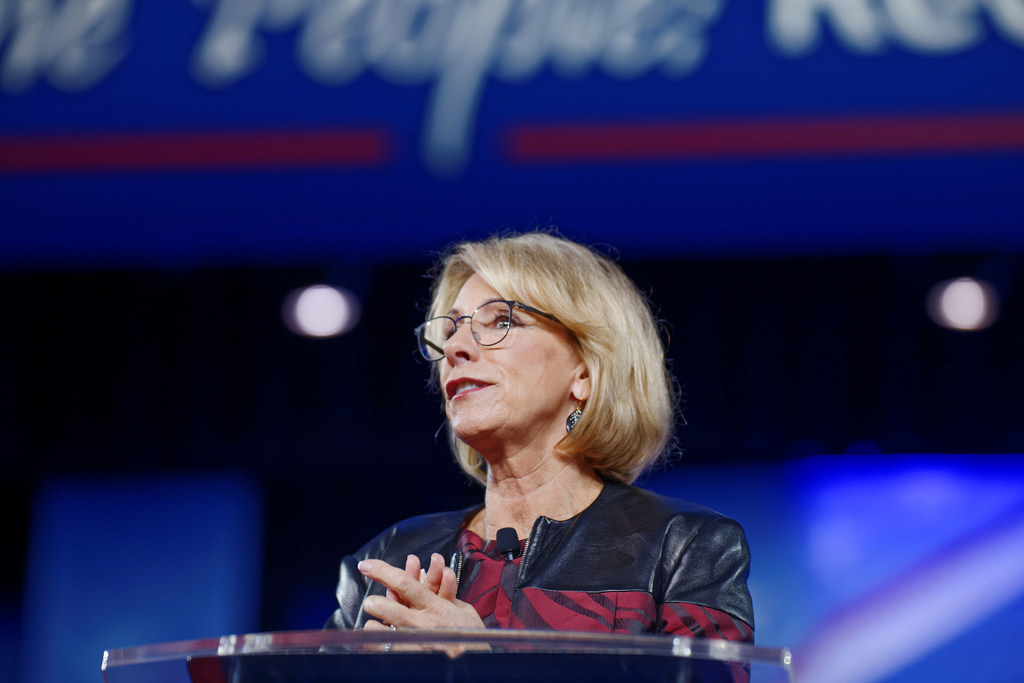 Despite directives from the Department of Education to roll back Obama-era policies the university has championed, “nothing significant” will change with PSU’s reporting and investigating processes. In fact, 2017 marks the first year that sexual assault prevention training is mandated for all incoming freshmen and athletes.

The DOE guidance reduces the Obama administration’s mandate that Title IX investigations be completed in 60 days—barring the need for additional time if a case is necessarily complex. Schools must now make a “good faith effort” to conduct “fair” investigations in a “timely manner.”

DeVos said the Obama-era directives “have failed too many students” because she believes they do not provide equal due process for complainants and accused individuals.

However, dozens of senators, including Ron Wyden of Oregon, say DeVos’ action “shows a clear lack of concern for the many requests of survivors of sexual assault and members of Congress who have asked [her] to leave the previous guidance in place.”

Julie Caron, PSU’s Title IX coordinator, oversees any accusations of sexual harassment or misconduct made against students, faculty, or staff. Caron said PSU will not be compelled to make any changes to its current investigation process.

DeVos now gives schools the option to use higher standards of evidence in sexual misconduct cases than “preponderance of evidence.” This standard allows more convincing or probable evidence to decide a case, which can be useful in cases where little material evidence exists.

Caron said PSU will “continue the preponderance of evidence standard” in sexual misconduct cases. Caron added that meetings with the administration about rescinding of the 60-day limit have not yet begun, “but my guess is we will still try to get [investigations] done within 60 days.”

Caron also stressed that PSU has always tried to stay ahead of the curve on addressing and preventing sexual assault. The National Collegiate Athletic Association recently adopted a new policy that athletes and coaches are to receive sexual violence prevention training every year. “We were already doing that before,” Caron said.

“In society we treat survivors as if they’re on trial,” said Anastasia Hale, PSU junior and peer educator for Illuminate PSU, a student-led organization that works to address bystander intervention and consent. “I think it’s really frustrating that a lot of what DeVos is focusing on [are] false accusations and people who have been accused or who may have been falsely accused.”

Caron said she believed “we do have a significant number of students that aren’t reporting.” Indeed, in PSU’s 2016 Sexual Misconduct Campus Climate Survey, only 49 percent of student respondents said they knew how to report sexual misconduct.

“[I fear] some of what the [OCR is] proposing or giving universities more discretion to do would create barriers for students getting the services they need to continue their education,” Caron added.

Fortunately, however, PSU has bulked up its advocacy resources in recent years. Interpersonal Violence Advocates, students in the Women’s Resource Center to whom peers can report sexual misconduct confidentially, have now also popped up in the Queer Resource Center, Pan-African Commons, and International Student Services.

Illuminate’s Bystander intervention and consent training is now required for incoming freshmen and athletic teams. Counselors at the Student Center for Health and Counseling have always been available on a walk-in basis.

Beyond PSU’s efforts, however, some are concerned that DeVos’ rhetoric adds to feelings of doubt that schools and the justice system will respond fairly to victims.

Brenda Tracy, public speaker, lobbyist for justice reform, rape survivor, and recent guest speaker at PSU, said that recently people have felt “emboldened” on social media to shame rape survivors. “There [are] people out there that really believe that the majority of all reports are false and that women just lie,” Tracy said.

The notion that someone falsely accused of sexual violence feels the same trauma as a sexual assault survivor “boggles my mind,” Tracy added. “The idea of a true false accusation is just a very, very small percentage.”

As DeVos’ directive moves through the comment period, Caron said she hopes “the [OCR] will listen well enough that [schools] don’t want to move in directions that will create barriers.”

Hale wants students to know IPV advocates and other confidants on campus are even willing to “talk about a previous experience they had outside PSU or even in high school.” Hale added, “people are prepared to listen to your story and give you support.”

President Rahmat Shoureshi and Julie Caron sent an email statement to students on Sept. 27. A list of resources for interpersonal violence support, including off-campus resources, can be found on PSU’s website.