Big news from the Portland State School of Music and Theatre, as violin professor Tomas Cotik prepares to release his latest CD, Piazzolla: Legacy, on Oct. 13 through leading classical music record label Naxos. The album consists of music by Argentinian composer Astor Piazzolla and follows Cotik’s previous critically acclaimed album, Tango Nuevo, also featuring Piazzolla’s music. Professor Cotik will celebrate the release with a solo recital, “From Bach to Piazzolla,” at 7:30 p.m. on Sunday, Oct. 22 in PSU’s Lincoln Recital Hall (Room 75). The recital is free to all students, who should reserve tickets online (see link below).

This CD release marks the 25th anniversary of Piazzolla’s death. Piazzolla was primarily a composer of nuevo tango music, which is different from the traditional tango music of Buenos Aires. It features a variety of musicians and pieces that have been arranged for new instrumental combinations: regular Cotik collaborator Tao Lin on piano, Jeffrey Kipperman on double bass, Alex Wadner and Bradley Loudis on percussion, and Alfredo Lérida on vocals.

Piazzolla originally disliked tango, though his father gave him a bandoneon, an instrument integral to tango music. He enjoyed the music of Bach as a child, and would learn Bach’s music on his bandoneon. After studying classical composition in Paris, he returned to tango music and challenged its tradition, combining tango traditions with his classical training to create a new style that he called nuevo tango. Nuevo tango was at first met with disdain and opposition in Argentina but has slowly come into acceptance and revolutionized the genre.

The Vanguard sat down with professor Cotik to talk about his recital and CD release.

Vanguard: Can you talk a little about Piazzolla himself?

Tomas Cotik: Piazzolla was four years old when his family moved to Manhattan. A lot of immigrants were living in that part of town. Later on, his family moved back to Argentina, but the economical conditions were so bad that they had to move back to New York to Little Italy. There they were surrounded by Italian, Jewish and Polish immigrants whose music would end up influencing Piazzolla’s.

VG: How does Piazzolla resonate with your journey?

Cotik: My journey’s completely different than Piazzolla’s. I grew up in Buenos Aires, and I left my country 22 years ago. I went to Europe, Canada and finally the States. I came to Portland a little over a year ago. It resonates with my journey because Piazzolla wasn’t interested in tango music growing up, and for me, it was the same. I lived in Argentina during my youth, but I became interested after leaving Argentina; while Astor got more in touch with the music living in Argentina but also realized that that was his core when he was living in France. I think the main point is how one’s own identity is influenced by moving and mixing with cultures. Our identities grow, mix and become richer when we live in many different countries. I wasn’t very interested in this music until living abroad, then I got to experience some nostalgia of the sounds of Buenos Aires, the sounds of my youth.

VG: Can you talk a little more about the scholarship fund for string students?

Cotik: This is a new idea. I feel very lucky that with a lot of effort and energy through the years I was able to fulfill many of my musical dreams. One other passion that I’m now able to accomplish is teaching. Part of my dream is being able to help my students fulfill their dreams, and the first step in doing so is a good education and being able to afford it. We are hoping to increase the number of string scholarships at PSU and give more students the possibility to study here. I want to broaden the program and have an orchestra that we and the city can be proud of.

VG: What made you decide to put Bach on a Piazzolla recital?

Cotik: There’s a few connections between Bach and Piazzolla. There’s a limited repertoire for solo violin, and we can consider these works like bookends of the canon. Piazzolla’s works for solo violin are quite obscure, almost nobody knows them, they are not among his most popular works, and he wrote them towards the end of his life. Piazzolla loved the music of Bach and as a kid took bandoneon lessons from a neighbor, who had been a student of Sergei Rachmaninov; he played pieces by Bach that had been transcribed for the bandoneon. Another project that I’m just embarking on is a recording of Bach’s pieces, and in this recital, I’m showing different parts of these works from both composers.

VG: What other upcoming projects at PSU are you planning?

Cotik: There are so many things that I want to do. Right now my current project is to record Bach’s works for solo violin, his three sonatas and three partitas. These are masterworks and a milestone for any violinist. In the coming months, there will be a four-CD set release of Mozart’s 16 sonatas. I also want to collaborate with other departments. There are many things we are doing already such as working with Soochow University: 10 days of visiting Chinese students playing chamber music with our PSU students. In March I will be doing a faculty recital. My students will be recording their first YouTube videos this season, and another project I’m planning is that my students make their first recording in collaboration with a new program at PSU.

VG: What draws you to Piazzolla’s music?

Tao Lin: What attracts me to the music of Piazzolla is the exhilarating rhythm, sensuous melodies and exotic harmonies. His tangos are so much more than just dances, they are often like tone poems.

Alfredo Lérida: Astor Piazzolla was a visionary and composed his music ahead of his time. He broke the classical forms of the tango genre and received criticism in those days. He revolutionized the traditional tango with his new tango, which was too advanced for his time, inciting controversy among traditional tangueros. His mix of jazz, classical music and tango created his unique style that nowadays attracts people from all generations including myself. I admire his daring, his audacity and his creativity. He was a musical genius.

VG: How did you and Tomas start working together? What has it been like collaborating with him for so long?

Lin: I first met Tomas when he was a member of a string quartet that I perform with regularly. We share a deep admiration and love for the music of Franz Schubert. Tomas suggested that we record the complete works for violin and piano by Schubert, which we did and was released on Centaur Records. Another recent, and rather mammoth project we accomplished was recording the complete sonatas for piano and violin by Wolfgang Amadeus Mozart, which will be released by Centaur Records next month. Tomas and I often share a similar approach and taste to the music we perform and record, therefore working together has been pleasant and invigorating.

VG: How long does it usually take to produce a CD, from inception to release date?

Lérida: It depends on the project and the production. Some might take a couple weeks, and some others might even take a couple years. The biggest challenges are budget and to be able to get the support and endorsement from a record label company. Most companies are focused on “cash cow” projects, investing in massive singers or bands rather than investing in culturally rich ensembles.

VG: Do you have a particular favorite piece on Legacy?

Lin: I love all the selections on the Legacy CD. If I had to pick one, it’s probably “Winter” from the Four Seasons of Buenos Aires.

Lérida: All Piazzolla themes are amazing and I cannot have preference for one or another. I am the producer and singer of Tango Lovers, a tango show company which by the way will tour in the USA in April 2018 and has Piazzolla pieces as well. Hope we are able to come to your city as well.

Find out more about the recital and reserve your free student tickets at the PSU Box Office. For more about Dr. Cotik and his other albums, visit his website at www.tomascotik.com. 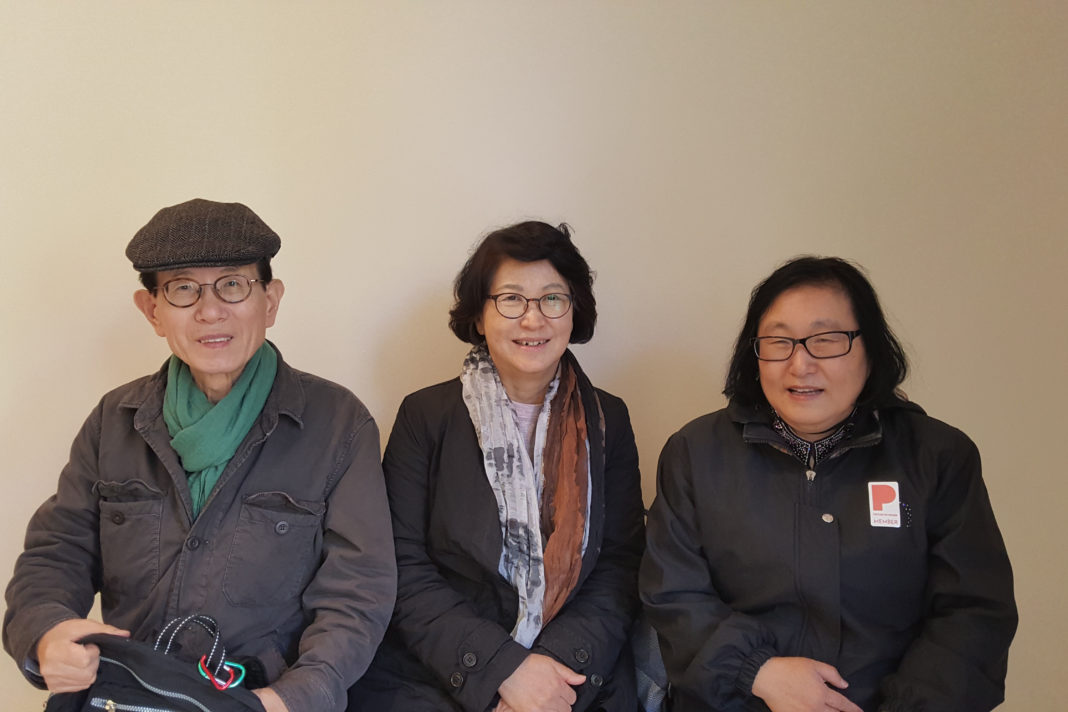 Editor Pick of the Week: Bartini 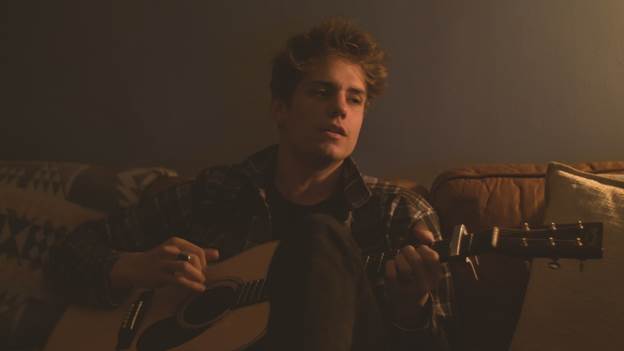 Corey Harper is post-Portlandia on the national stage 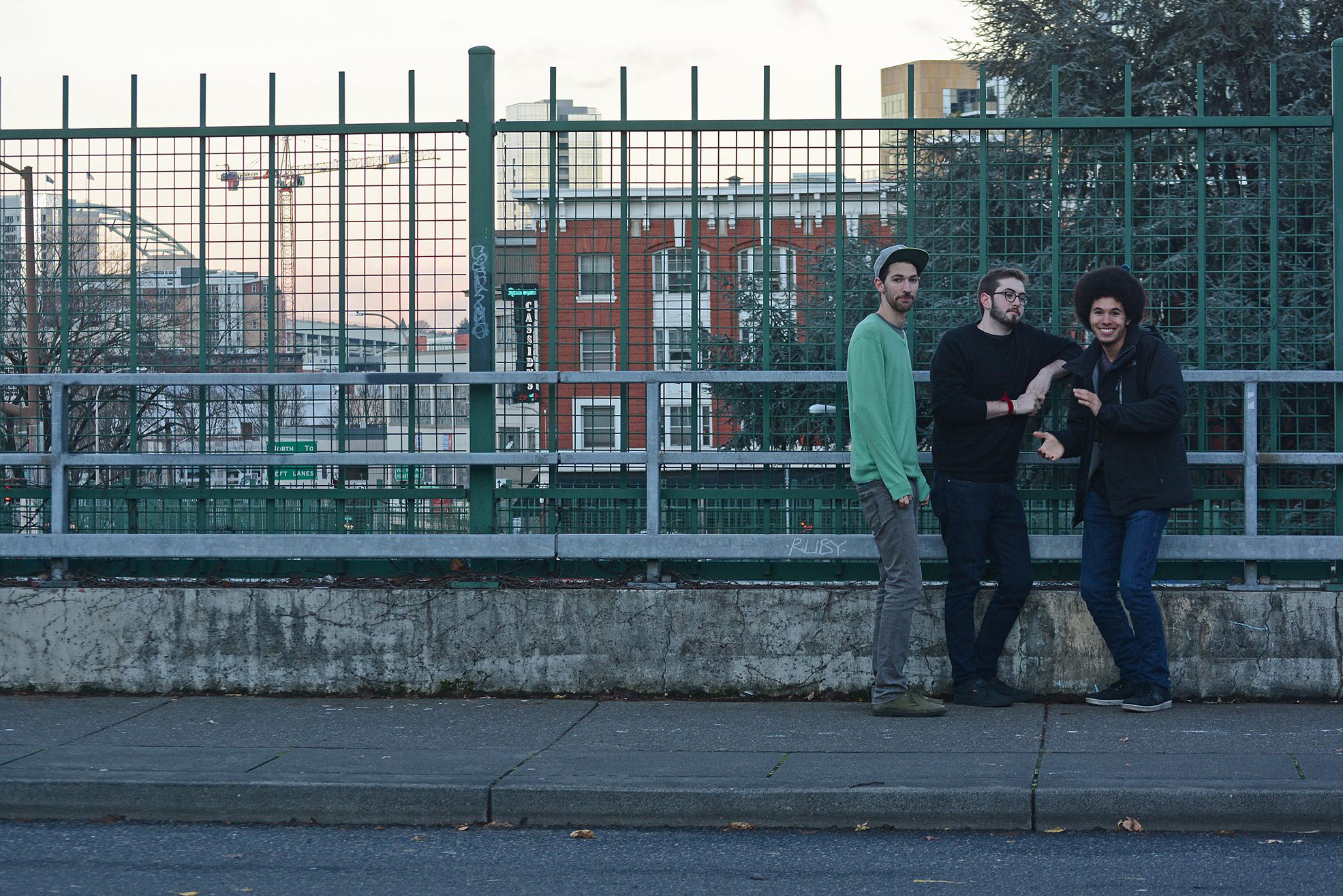