It’s been just under three weeks since the last major sporting event was held in the United States. But to some, it may already feel like an eternity. The sudden eradication of sports has left fans and athletes alike feeling lost with no outlet to turn to.

Optimistic estimates put the timetable for a return to most major sports somewhere around mid-June. With more and more sporting events being canceled each day, it’s time to consider what a world without major sports might look like, and how those who eat, sleep and breathe sports each day can navigate what’s become the new normal.

What does a sports fanatic do when the sports they are devoted to disappear?

There have already been some creative solutions implemented to fill the void many are feeling. From betting on weather forecasts to competitive marble racing, anything that can become competitive has done so.

For those not quite ready to expand their sports spectatorship to precipitation and jockeying marbles, esports have served as a welcome alternative to the physical competition of traditional professional sports.

Sports video games like Madden NFL and NBA 2K have always been popular, but their ability to offer a realistic simulation of professional sports has garnered increased appreciation in the wake of COVID-19. Fans can spectate or grab the sticks themselves with the familiar—albeit digital—faces of their favorite athletes and teams. The most important aspect remains the same: competition without a predetermined outcome.

With the NBA season abruptly suspended with fewer than 20 regular-season games remaining, NBA 2K began simulating the results of games that would have been played each day, allowing fans to follow along with the simulated results of each game.

Typically, one game from each day will be played out on the streaming platform Twitch, where fans can follow along in real time as NBA 2K games are played. During these streamed matches, both teams are typically helmed by celebrities—rappers, professional NBA players, professional NBA 2K players—which allows fans to see and hear the celebrities as they compete in games. Whether it’s trash talk, elation or just some in-game banter, it’s all accessible to the audience instantly.

In a somewhat unique way to bridge the gap between professional sports and video games, NASCAR partnered with iRacing to hold a virtual race featuring actual NASCAR drivers controlling their own cars and characters. The race—run on the Homestead-Miami Speedway, where NASCAR was scheduled to have a race before the COVID-19 cancellations—featured a number of NASCAR’s biggest stars and was televised on Fox Sports 1 with live commentary.

The race was won by three-time Daytona 500 winner Denny Hamlin, who was involved in iRacing long before he made the jump to professional NASCAR driving. Prior to the race, Hamlin said he would donate $5,000 to Miami families affected by COVID-19 if he won, with NASCAR driver Kevin Harvick offering to match the pledge. This race was the first event of the eNASCAR iRacing Pro Invitational Series. The next race will be held March 29.

Within the world of esports gaming, traditional sports like football, basketball, baseball and soccer are just a small part of the online gaming community. Esports have surged forward as a form of entertainment and a profitable industry over the last few years.

League of Legends, arguably the most popular esport in the world, had more than 100 million viewers for its 2019 World Championship. The NBA 2K League—a professional online gaming league where users can create their own player and compete on a team in a regular season and playoffs similar to that of the NBA—has seen continuous growth since its inauguration in 2017.

Currently sitting at 21 teams, the league hopes to secure an NBA 2K League affiliate for all 30 NBA teams in the near future. The total prize money to be awarded throughout the 2020 NBA 2K League season, which is currently postponed from its March 24 opening date, is set at $1.4 million.

Esports aren’t exempt from cancellations due to COVID-19, however. Several esports leagues have been forced to postpone in-person events in order to adhere to government regulations on social distancing. Luckily, for a sport with an entirely digital platform, most esport leagues have already begun adapting their tournaments and events to become online-only, with players competing from their homes or safe spaces.

If fully devoting oneself to a world of digital sports competition and finding new teams and players to root for feels too drastic an upheaval, perhaps a more gradual transition into esports fandom is the better option. Plenty of casual streamers provide content from the safety of their homes for sports fans’ viewing pleasure, with a focus on shenanigans and fun, rather than competition.

A nice way to bridge the gap between the sporting world and the world of gaming is by watching professional athletes who stream their online gaming.

Even prior to the worldwide sports cancellations, plenty of pro athletes were streaming in their free time as a way to wind down and step away from the sport they compete in for a living. Now, with little else to do, a number of athletes have taken to streaming as a way to stay connected with fans and other players.

These streaming events allow fans to connect with players outside the traditional realm of sports, providing a chance to see the competitive edge of their favorite players in action and an opportunity to interact with them off the court as well.

Finally, if nothing will compare to those good old fashion gridiron and hardwood battles, fear not. The NBA and NFL are both currently offering their League Pass and Game Pass subscriptions for free to the public amid the COVID-19 pandemic. The subscriptions offer a 24/7 cycle of league news, documentaries and throwback games from years past.

It’s been a difficult past few weeks in the world of sports for everyone from league commissioners to athletes and the journalists who cover them, to the hourly workers who depend on the income these sports provide.

One must remember during these times that a pause in professional sports is a small sacrifice to ensure the well-being of everyone. In the meantime, it may be the perfect opportunity to broaden horizons and explore new things. Follow a new streamer on Twitch, organize some marble racing in the backyard; whatever the activity may be, do it with the safety of yourself and others in mind. 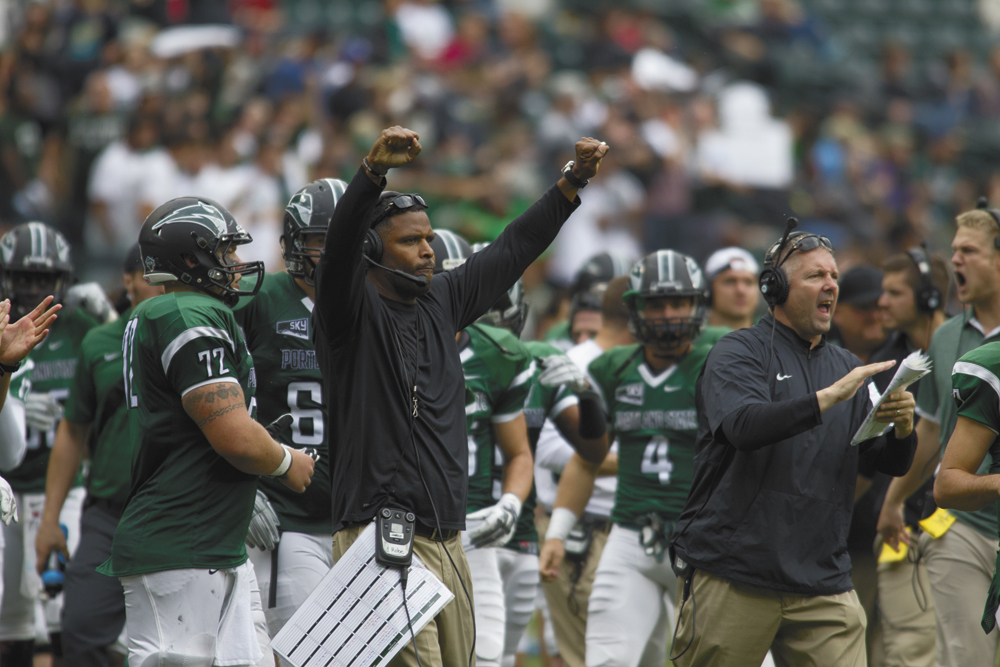