Star Trek is back again on our screens—or rather streaming—with its latest incarnation: Star Trek: Discovery. Originating in 1966, the show has been considered not only groundbreaking in terms of sci-fi concepts but also in representation and pushing boundaries. Does Star Trek still matter in 2017, so far removed from the world of the 1960s in which it was born?

Star Trek began as a series proposal in 1964. The Original Series, or TOS, had a black woman, a Russian (during the height of the Cold War) and an alien on the bridge. There was never any intolerance, except when a crewman made bigoted comments to Spock based on the fact Vulcans look similar to Romulans (a pseudo-enemy of the Federation) and Captain Kirk responds, “There will be no bigotry on my bridge.”

The original Star Trek presented a world close to utopia but did not edge to an unrealistic factor as so many utopian worlds have. It does not claim to be perfect; rather, it is a world that has suffered, made mistakes, still makes them, yet is always striving to be better, to be peaceful. That is in part why it is so successful. Not many of us, surrounded by the world that we’re in—the 1960s or today—can imagine a perfect future, nor can we imagine a future in which we progress rapidly to perfection.

Representation has always been a key point of Star Trek. Kirk and Lt. Uhura, although they did not have a romance, did share the first interracial kiss on television. The kiss was forced by some manipulative aliens, but it happened. It almost didn’t, with the studios being resistant to airing what was then considered a controversial scene. Two versions were made—one where they kiss, one where they don’t. William Shatner (Kirk), however, crossed his eyes in all the takes without the kiss so they were forced to use the cut with the kiss.

In Deep Space Nine, an African-American was commander of the station. Spock, half Vulcan and half human, resonated with many mixed-race viewers. Spock’s Vulcan culture was also heavily based on Leonard Nimoy’s own Jewish heritage; the Vulcan hand greeting associated with “live long and prosper” is based on a Jewish blessing.

Women were generally treated as equals in the Star Trek universe. Janeway was a respected captain in Voyager. In Deep Space Nine, Kira and Dax (second in command and science officer, respectively) were multifaceted characters, unique in their own right. Next Generation certainly had complex women in the form of Commander Troi and Dr. Beverly Crusher. Even TOS, with its miniskirt reputation, had interesting women. Notable examples are Uhura; Edith Keeler, the woman who dreamed of the stars and of peace; and Lt. Areel Shaw, an old girlfriend of Kirk’s who was also a successful lawyer, who, despite his expectations, did not go easy on him when she was assigned as his prosecutor.

Undeniably, there were episodes when women were reduced to the “beautiful” role or used in advancing a male character’s storyline; however, both in early and later series, I found many of Star Trek’s female characters people that felt real and layered.

While TOS central characters were a trio of men—Kirk, Spock and Dr. McCoy—their characters proved more interesting than many male characters I see on television today. Despite Kirk’s reputation (likely spurred by the reboot movies), the three were mostly free of toxic masculinity. Kirk is not afraid to be full of love and enthusiasm for everything and appreciates flowers not ironically. Emotions, the fear and eventual partial embrace of them, are central to Spock’s storyline. In one episode—admittedly under the influence of a disease that strips them of veneer—Spock openly cries over the fact he has never told his mother he loves her. Dr. McCoy is often called the heart of the show, a person who while also being rather grumpy, passionately advocates for people and emotions. Hyper-masculinity, the idea of the macho man, was not present in TOS.

LGBTQ representation is an area in which Star Trek has perhaps both lagged behind and pushed forward. Star Trek: Deep Space Nine did feature a kiss between two women, Jadiza Dax and a woman to whom her symbionts’ former host had been married. The relationship does not follow through, due to the fact Trills have taboos against current hosts having relationships with past hosts’ partners. While the Trill’s taboo was an allegory for homophobia, the fact that both were women was never part of the issue. It is, after all, the 23rd century.

In the very first series, the dynamics between Kirk and Spock led many fans to see a romantic subtext between the two. While it is unclear if any of the subtext was intended, there was a writer, Theodore Sturgeon, who was famous for writing a gay sci-fi short story in the 1950s. That being said, Star Trek has been criticized for perhaps not being quite as bold as it could have—and should have—when representing LGBTQ characters. Sometimes, such as the case with Garak in Deep Space Nine, the show shields away from representation. Andrew Robinson, who portrayed Garak, played his character in the first few Deep Space Nine episodes as omnisexual and attracted to Dr. Bashir, yet the writers were not comfortable with the idea and told him to tone it down. Later, in his own novel, Robinson confirmed Garak’s sexuality.

Star Trek has certainly not been perfect in regard to representation: There are many episodes to critique, their treatment of women was not always perfect, and in certain respects, they should have advanced earlier than they did. The world it presented was not perfect either. There was war and unhappiness. Even the Federation, the harbinger of peace, was not perfect. Corruption and conspiracies took place.

However, Star Trek and its attention to representation display a world that is better and actually achievable. We live in an era now in which dystopian tales dominate the bookshelves and movies, focusing on alien invasion and apocalypse. Perhaps what we need is a new Star Trek, to embrace some optimism, some hope and some drive toward a better world. Star Trek and its fundamental ideas still matter and should always matter.

And now, if you need a break from schoolwork, you can always watch this video of Nimoy and Shatner telling their favorite story of when Shatner stole Nimoy’s bike. 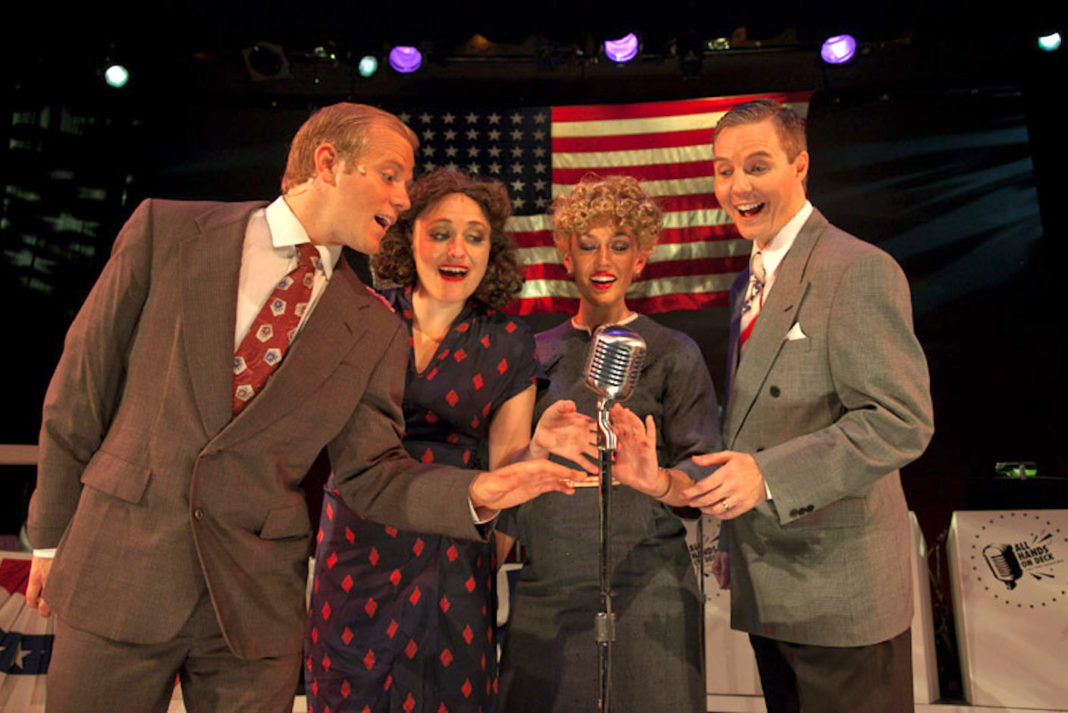 “All Hands on Deck:” WWII Musical a High Energy Affair