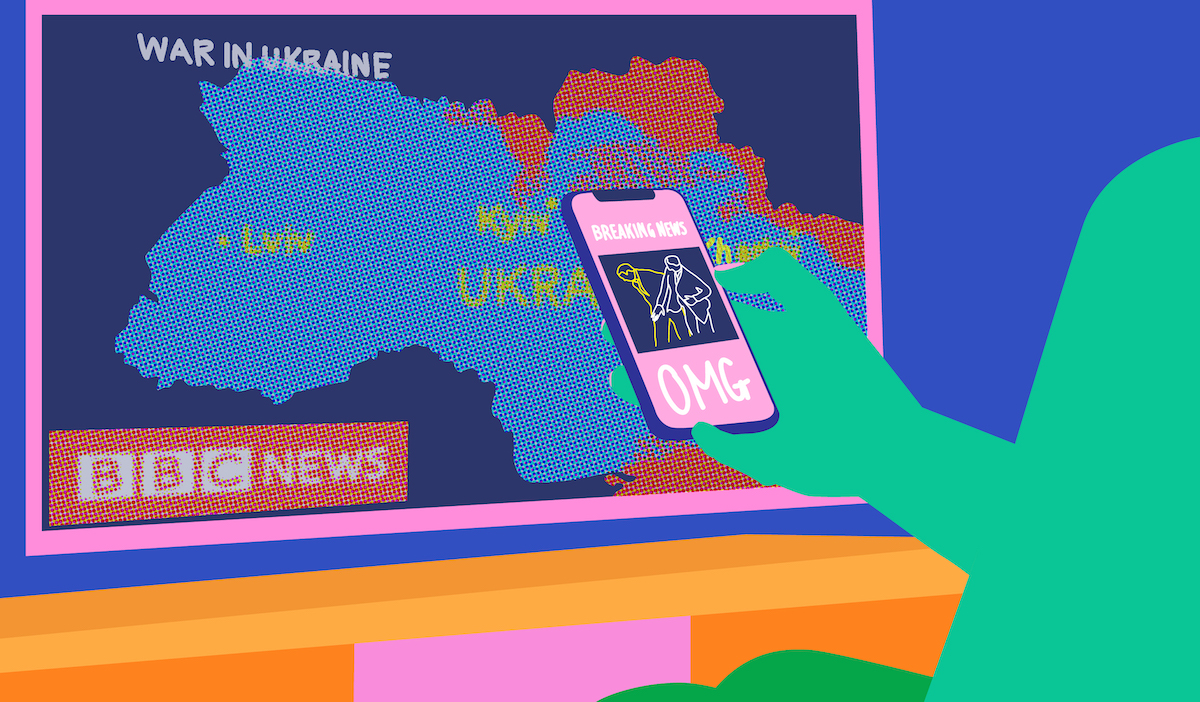 There have been countless think pieces and news broadcasts on local and cable stations about the impacts of social media, the 24-hour news cycle and our collective obsession with those who wield celebrity. The 2022 award show season, with all of its attendant hoopla and red carpet speculation, was a prime example of this phenomenon.

Enough ink has been spilled in the exhausting media frenzy that encircled the slap-heard-around-the-world at the Oscars. Before that, the internet and media outlets alike were set ablaze by an entitled heiress’ quotes about work ethic and the obsessive misogynist stalker behavior of her estranged ex.

I am being purposefully vague and yet, dear reader, you know exactly what and whom I am talking about in each of these instances.

It’s not surprising that celebrity gossip has long been front page news. The current capitalist system rewards all user interactions—in ratings and clicks—and requires constant controversy in order to turn the public’s attention into advertiser revenue. Tristan Harris described the process in the 2020 documentary on social media The Social Dilemma.

None of this is probably new information to any of us.

Recent studies published in PsyPost and BMC Psychology indicate that obsession with celebrities leads to lower measures of cognitive ability. Concurrent studies also found that individuals who obsessed over celebrity happenings were more likely to struggle with “addictive and problematic social media use.” Troublingly, these individuals were also found to be highly susceptible to believing disinformation—especially from the mouths of their favorite celebrities.

The U.S. just had a president who rose to power largely because of his ability to manipulate status, media and attention. He had never held prior political office, demonstrated poor business acumen, held bigoted beliefs and values and had a total disdain for truthfulness. All it took for his ascent was a cult of followers primed for him by the aforementioned culture of celebrity obsession. A cult that still argues the last election was stolen in spite of evidence to the contrary—and attempted a coup spurred on by their leader.

This can be chalked up to the rugged individualism at the heart of the U.S capitalist mythos—and to some extent, that is part of it. We fetishize the self-made man—or girl boss. Belief in meritocracy is deeply entrenched in U.S culture, and is heavily propagandized to the public through the media. This delusion is a major obstacle stopping masses of workers from seizing the wealth they created for the landlords and bosses of society.

These cults of personality fuel the political authoritarianism of figures like the brutish head of state currently invading Ukraine and the many insecure strong-man dictators of the past. They all needed masses of people brainwashed to believe in their legitimacy by building themselves up into larger than life figures.

But I am not here merely to prognosticate and pontificate on the tragedy of our collective dumbing down. You can doom-scroll or panic-watch any number of media outlets for that. We can turn this around.

First off, none of us have gotten where we are—or will get where we want and need to be—without the collective efforts and support of others around us. A good analogy is that of scientists who often say that they stand on the shoulders of all of the scientists who came before them. This idea comes from Sir Isaac Newton who said, “If I have seen further, it is by standing on the shoulders of giants.”

This is true of art, literature, philosophy, politics, music and at the individual level—our very own well-being. Nothing exists in a vacuum or without the influence and support of others.

While there are absolutely structural hurdles and classist levels of privilege that impact our travails, we all have benefited from the care and nurturing of family, friends, mentors, colleagues and the wider communities that we belong to.

So why do we platform other people who we will likely never know—and who seem to live lives just as messy, if not messier, than our own? There are plenty of massively talented people in all of our lives who never reach celebrity status. We also have the pleasure of witnessing the life adventures of our loved ones unfold all around us in real time, not to mention that we are living through an epic journey throughout our own lives.

What do we actually get for our attentiveness to the cult of celebrity?

One might argue that they can inspire. That can certainly be true, but putting people on pedestals tends to end poorly. Many of my favorite artists, musicians and writers have plenty of skeletons in their closets and are not generally people who I would model my personal life after.

Not to mention that there’s nothing wrong with a little distraction—as noted earlier, we all love some juicy gossip.  The problem is that we are so attentive to these banal and vapid events broadcast to us from the vaulted lives of others that we are not attentive enough to those in our own proximity.

How many of us are actively engaged in local issues? How many of us have relationships with our neighbors, work and school colleagues? These are the people who materially influence our lives for better or worse.

It’s hard not to think about the negativity bias and the ways that this plays out for us beyond the media. There are legitimately terrifying events and problems all around us, from war, famine and gun violence to the pandemic, human-caused climate change and economic turmoil. We seem unable to look away—which is what the monetization of our attention feeds into.

However, nothing is predetermined. We can choose to look one another in the eyes and be present for one another. We can recognize that our lives are interdependent. As one of my favorite authors Robin Wall Kimmerer said, “All flourishing is mutual.”

Celebrity is not really bestowed through merit. If it was, then many hard-working and highly talented people would be more well-known. However, hard work doesn’t get you fame or money. Playing the game—in all of its crookedness and incentivized exploitation of others—does.

Like most cults, when we wake up from the haze of the spell of delusion that it has cast upon us, we can see clearly again what really matters. It is you, and I—and the people on the human scale of your community—in actual proximity to your life. 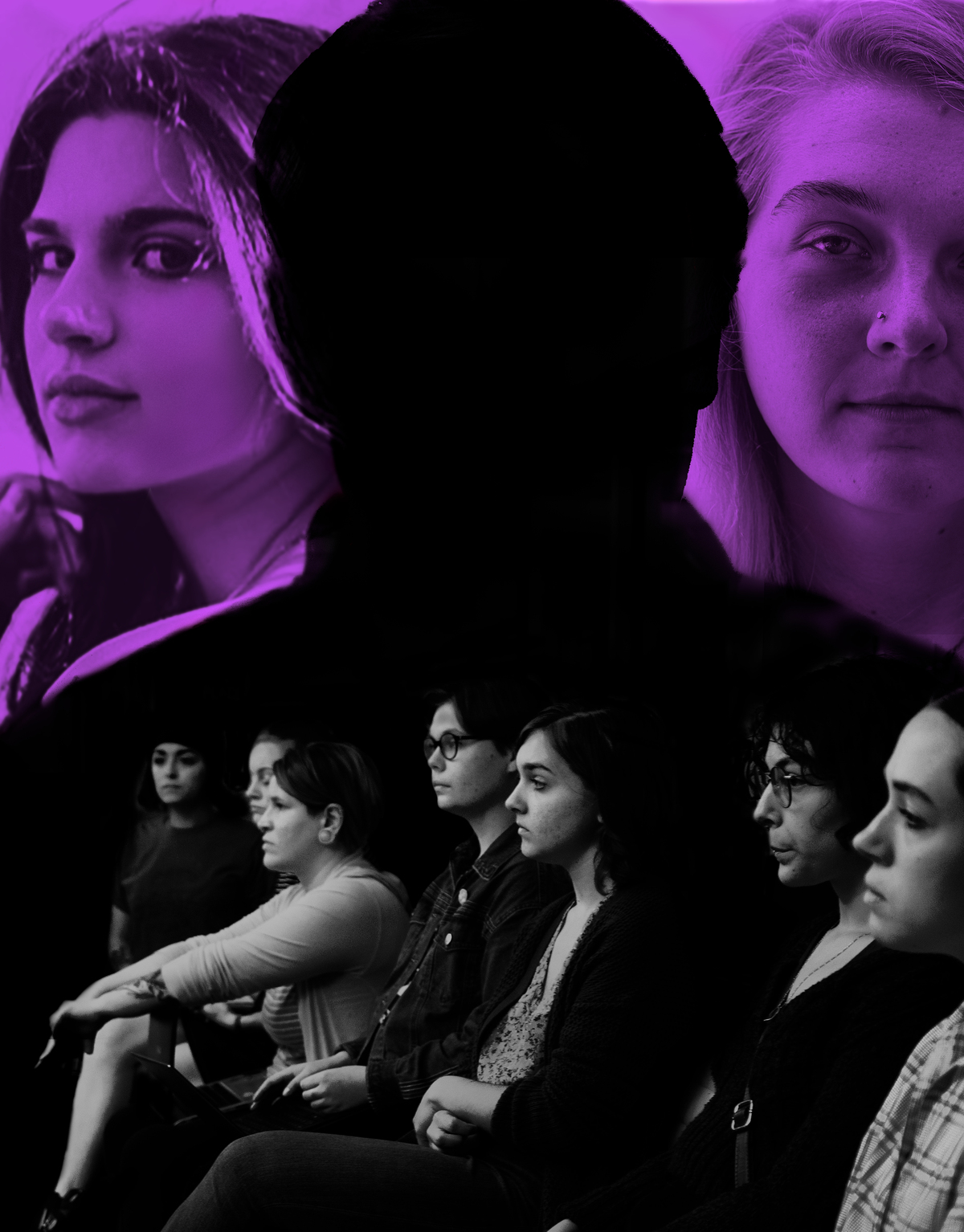