I love Paul McCartney. The Beatles, Wings, his solo work, whatever, I love it all. So before I go into this glowing review of his performance last Friday, let me just say I think he is the greatest thing since sliced bread. And I really, really like sliced bread.

Okay, with the pre-warning of bias out of the way, let’s get to details. Paul McCartney came to the Rose Garden on the 18th and it was the greatest night in Portland history.

Sure, other important stuff may have happened here once, but did they play the song “Blackbird” by themselves on an acoustic guitar? How about “Something” on a ukulele? “We Can Work It Out”? No. No, they did not.

You may say, “But Benicio Del Toro was here filming a movie and that was really super special, especially when they closed down that one bridge, which was a huge inconvenience for the people who actually have to work for a living. I mean, that was just plain special!”

Yes, but it paled in comparison to the cutest of cute Beatles tearing it up on his Hofner bass while singing “Hello Goodbye,” “Magical Mystery Tour” and “Can’t Buy Me Love.”

Oh, did you want a little helping of Wings on the side? Well, Paul will serve you up some “Band on the Run,” “Let Me Roll It,” “Jet,” “Live and Let Die” and a wonderfully inspired version of “Let ‘Em In.”

“Yeah, the Beatles were all right and Wings was decent, but Paul’s truly great work lies in his solo stuff.” Okay, tough guy. Well, how about a tear-jerking “Here Today” about some guy named Lennon? Perhaps a solo version of “Every Night” will float your boat? Maybe you’ve forgotten about “Coming Up” from McCartney’s oft-forgotten masterpiece “McCartney II”?

Heck, the guy even played this reviewer’s favorite three songs off of his latest album, “Lonely Road,” “Driving Rain” and “Your Loving Flame.”

Portland has had some important people come through its city limits before, but did any of them know all of the words to “You Never Give Me Your Money”? Well, neither did McCartney, but that did not stop him one bit. Nor did it stop him from belting out other classics such as “Golden Slumbers,” “Here, There, and Everywhere,” “Eleanor Rigby,” “Fool on the Hill” and even “Back in the USSR.”

This was Portland’s finest hour indeed.

“So the guy can rock, but does he have a softer side, like that guy Bob Dylan who just came to town?”

Boy, does he. Can your pretty boy Dylan turn up the love-o-meter with sensitive ballads such as “Maybe I’m Amazed,” “Yesterday” and “My Love,” which he dedicated to Linda. I didn’t think so. This so-called Dylan probably never even had a wife named Linda. What can you say about that? Hmm?

Seriously, though, whatever has taken place in Portland prior to Oct. 18 doesn’t even matter anymore. From now on, in Portland, dates should be given not as they are now, but in After Paul. You know, like, “My birthday is 242 days After Paul,” or just simply “AP” if you’re lazy. That is how monumental this night was.

Forget about the Tonya Hardings, Scott Thomasons and Rasheed Wallaces of old. Portland’s got a whole new celebrity.

So what if he’s British and only had been here once before in his entire life. That can all change now! The guy played “Lady Madonna.” “Lady Madonna”! That’s not just some old rinky-dink, run-of-the-mill, taught-it-to-myself-in-the-bathroom-five-minutes-before-the-show kind of a song. It’s Lady freaking Madonna! “Where would the world be without ‘Let It Be,’ ‘Hey Jude’ and ‘Carry That Weight’?” you might ask. In a whole lot of crap, that’s where.

The point is this: Paul McCartney was awesome. In the course of one three-and-half-hour performance, the man played the bass, the guitar, the piano and a cute little painted organ-type thingy.

He and his four-man band of thirtysomethings came to Portland to do one thing and that was to play Beatles, Wings and McCartney solo stuff to a gigantic crowd at the Rose Garden. And you know what? They did just that. It rocked so hard that even as I sit here, five days AP, it still gives me the heebie jeebies. Heck, they even ended on “The End.” That rules! 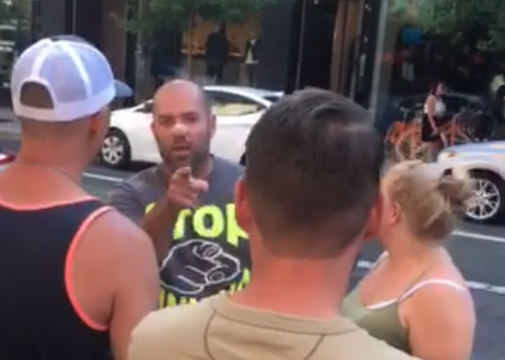