With the celebration of Tet, the Vietnamese lunar New Year, we’ve finally reached the end of the long, hard, multi-cultural holiday season. In celebration, those fine, globally minded people of the Bush administration have arranged the return of Prime Minister Nguyen Cao Ky to the former South Vietnam, for the first time since he fled in 1975. The arrangement is part of an accelerated program to rebuild relations between the two countries and expedite the global infection of the mad chicken flu. Ky’s staunch anti-communist sentiments won him a great deal of support among fellow Vietnamese exiles in California and his return has been highly scrutinized. Many view his visit as a betrayal; Mr. Ky looks at it as a new page in his book, a point where politics dissolve and his love for Vietnam becomes central.

Mr. Ky’s itinerary found him visiting his boyhood home, eating ice cream with classmates and golfing with former chairman of the Ho Chi Minh City People’s Committee Thanh Vo Viet. The two men, once bitter enemies, laughed and joked as they played 18 holes at the exclusive Thu Duc country club. One witness claimed to have seen the men in a playful embrace as they rounded the green on the thirteenth hole and ascended the pile of 500,000 dead Vietnamese civilians just before the clubhouse.

I just cannot comprehend the concept of the “gentleman war-hawk.” From Churchill to Colin Powell, it turns my stomach to see these bloated leaders sit back and ruminate on the nature of their wars. It becomes this political abstraction to be contemplated with cognac or golf, all on the back of the soldiers and civilians whose political ideology rarely extends beyond their front porch. The meeting of old enemies, the camaraderie of past conflict is offensive and insulting to the people who actually fought and died in combat.

More than 1 million Vietnamese and nearly 900,000 Americans died during the Vietnamese War. Nguyen Cao Ky was a commanding and flamboyant presence in the U.S.-backed government of South Vietnam and fled by helicopter when the North Vietnamese overthrew Saigon. He has been in exile in Southern California for more than 25 years and an icon for those who fled their homeland and lost friends and family to an ideological war. Now his ideology, not to mention that of the American government, has suddenly shifted and this symbol of South Vietnamese suffering is playing golf and eating ice cream, his values on the curb of some Orange County Suburb.

I don’t mean this as a condemnation of Vietnam’s recovery. It makes me happy to see the strides Vietnam has made in the past five years to enter into the “global” community. It is one of the most destitute and politically corrupt nations in Southeast Asia and any improvements to the lives of the Vietnamese people gained through extended trade agreements and worldwide exposure seem totally justified, and in my mind, welcome.

It’s the show of Ky’s visit and its manipulated propaganda I find distasteful. For a man to put aside his ideological past is one thing, but these are ideologies peoples lives were destroyed for. And for those whose families have suffered, Vietnamese and American alike, those ideologies represent more than silly youthful beliefs. To cast them aside for a political photo-op discounts the loss of homes, families, and millions of lives.

In a way it makes me respect the fortitude of someone like Fidel Castro. He may not be a great man or a good leader, but his ideology is something intrinsic, and something he won’t toss aside for the golden carrot of American wealth. And for those who have fought for and believe in him, Castro’s consistency gives merit to their struggle.

Nguyen Cao Ky says the Vietnam he sees today is a better Vietnam than the one he left behind. He marveled at its skyscrapers and luxury cars. He says that it is a time for reconciliation now that the “stupid leaders” of South Vietnam have passed on. I can’t begin to fully understand the complexities of the political landscape of current Vietnam, but Mr. Ky, now 75, makes a good point. With the passing of the leaders and war-hawks of the Vietnamese war the country will find itself growing and changing in the hands of its youth. Mr. Ky and his contemporaries will soon be gone and Vietnam will be facing new challenges and competitors. Reconciliation of the past is possible and necessary; I just hope that it is done with more grace and respect than shown by this visit. 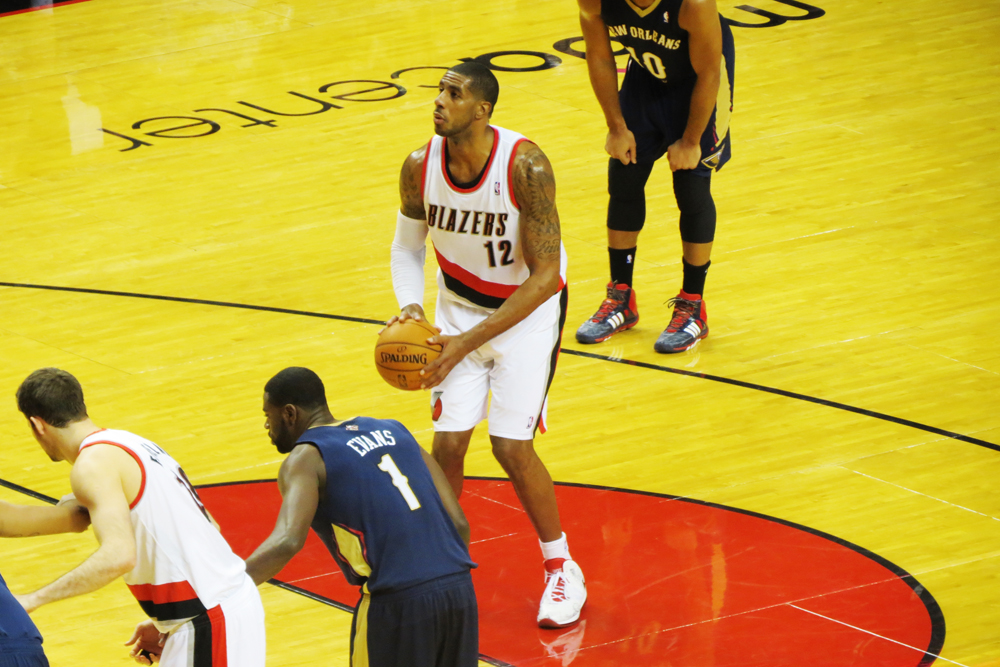 The Dream Team is gone