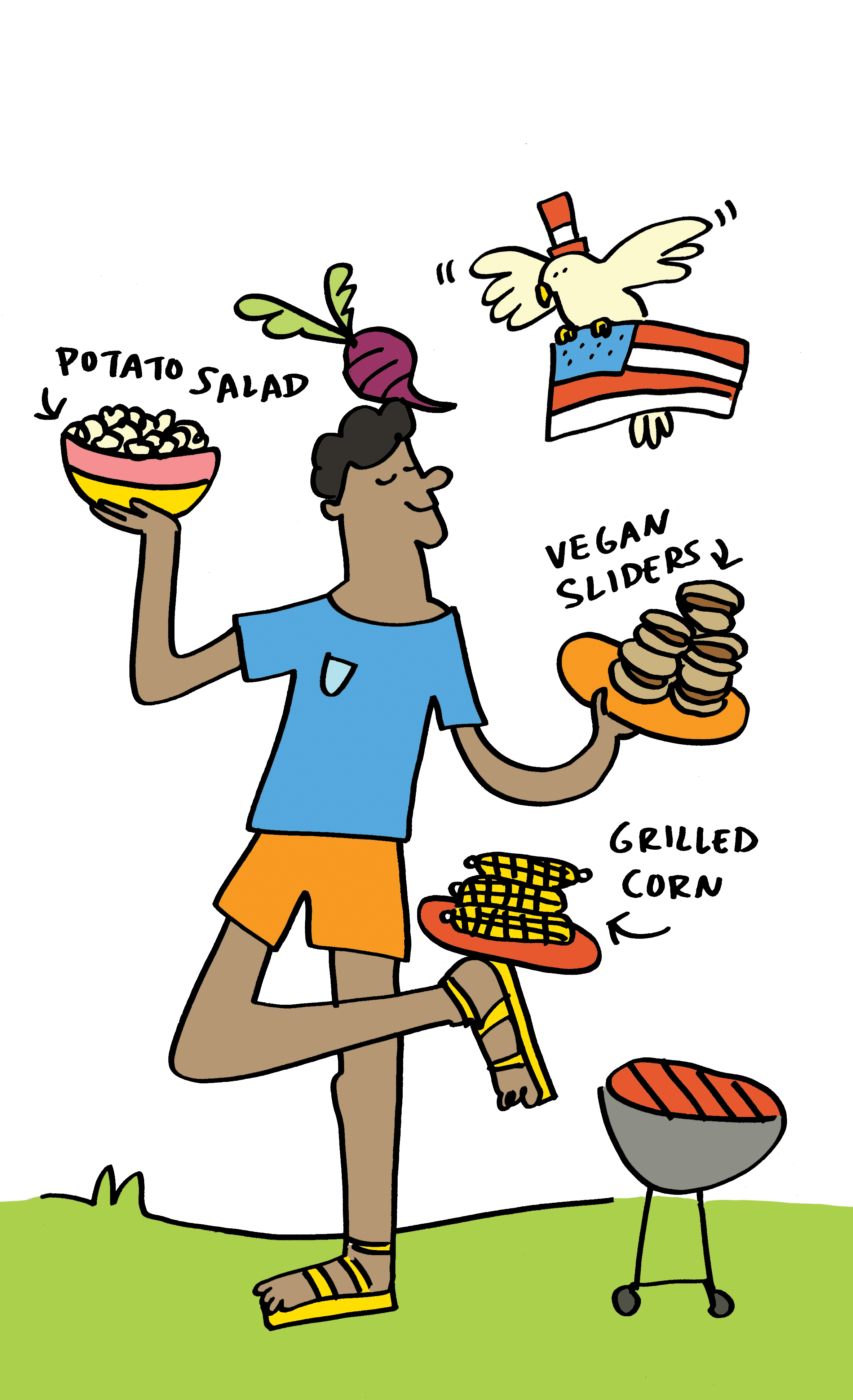 A whole day of burgers on the grill, red white and blue dairy delight and friends and family assuming you can only eat salad can be a difficult day to be vegan. However, the Fourth of July is actually the perfect opportunity to show off how fun and easy veganism can be. With a bit of friendly humor, salty and savory seitan or vegan take-out perfection, the holiday can easily be veganized.

Outshine meat and dairy dishes by bringing your own tasty alternatives. Keep it potluck style so everyone can have a bite and later swoon over the recipe, as it’s always the best when people don’t realize they’re eating something vegan.

Great sites for vegan main dish recipes are Well Vegan and Minimalist Baker, both of which keep things simple and quick in the kitchen. For starter dishes, chickpea salad and a spinach artichoke dip are safe bets. During the main course, I like to stick to the classics by replacing meat-centered dishes with veganized burgers. My favorite recipes this year are pulled pork sandwiches and smoky black bean burgers. Desserts for vegans can be tricky, but strawberry shortcake is always a crowd favorite. For those feeling adventurous, you can try making Fourth of July themed vegan jello shots.

If you don’t have time to make a smashing showstopper vegan dish, never fear: Grocery stores with vegan alternatives are near. Nowadays, there are a bounty of vegan products good enough to take the place of any store-bought meat or dairy. Fourth of July is the perfect time to try out the revolutionary Beyond and Impossible Burgers. For non-dairy cheeses, creams and spreads, steer clear of the infamous Daiya and try Field Roast, Kite Hill or Mykonos. If you’re still hungry for dessert, I would recommend Ben and Jerry’s Chunky Monkey non-dairy ice cream—it’s by far the best.

Let’s say you really don’t want to be in the kitchen at all this Fourth. Don’t give up—go out. Portland is filled with vegan restaurants and eateries that happily cater to your food festivity needs. Virtuous Pie, Paradox, Homegrown Smoker, No Bones Beach Bar and Black Water will all be open this year on the Fourth to curb all cravings.

Insider Tip: Petunia’s Pies & Pastries will be cooking up batches of red, white and blue baby cakes and sugar cookies for Fourth of July this year.

The vegan with skeptical family and friends

This goes out to everyone who has ever been asked where they get their protein. I feel you. It’s always hard at social gatherings to be vegan when you’re outnumbered. My advice: Veganism is awesome, and you can own that. It may not be the time to get political, but there is absolutely nothing wrong with telling people how incredible being vegan is.

At the end of the day, keep the Fourth of July festivities positive and fun. Eat good food, share with others, celebrate the good happening in your communities and be proud to be living a vegan lifestyle on your terms. 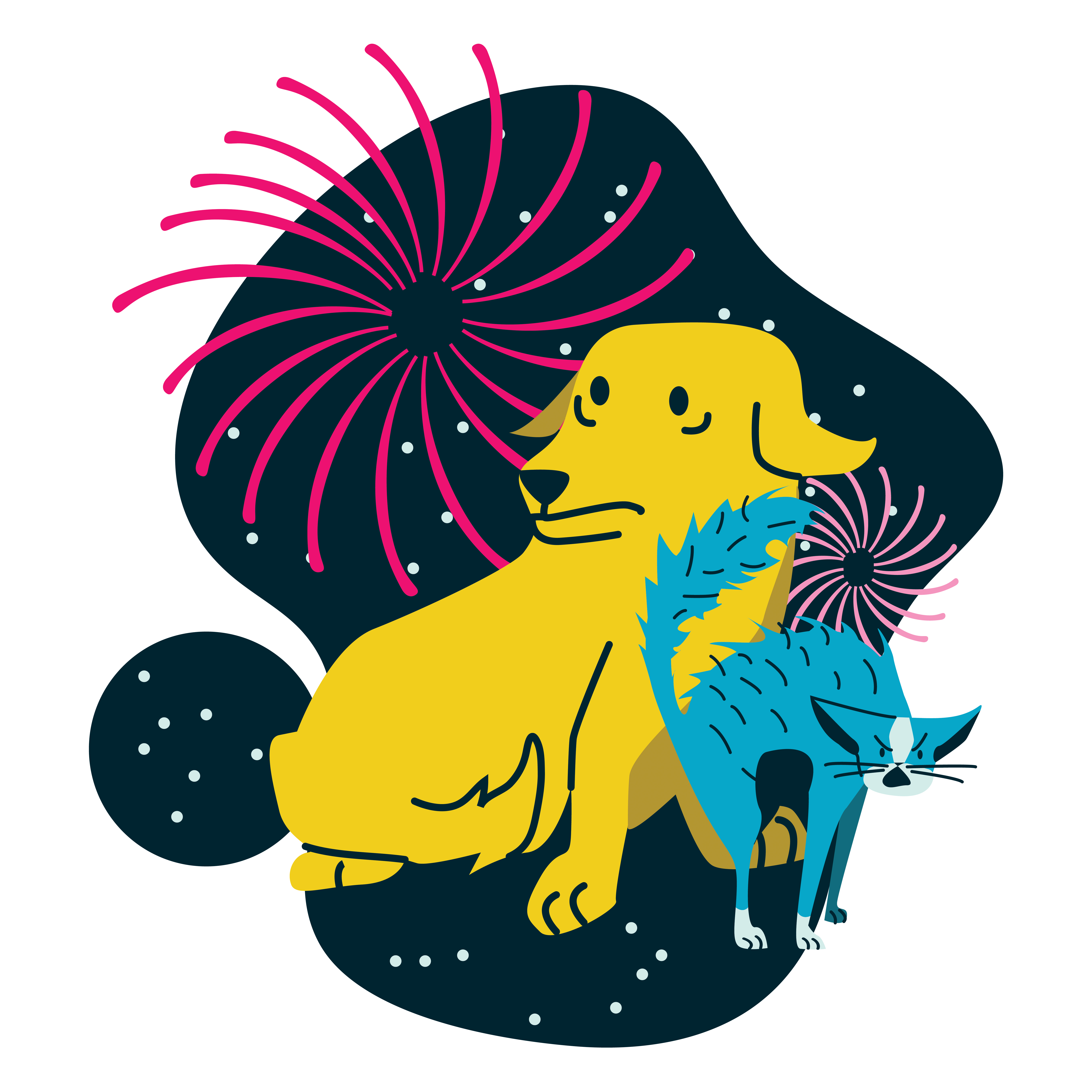 A writer’s take on rain and fishing