Last Tuesday marked the video release of “Jay and Silent Bob Strike Back.” For people who are not fixated on watching videos, Tuesday is the day when video stores put out new movies. One hopes this is the final chapter in the New Jersey-based saga of convenience store clerks and comic book obsessed slackers that director Kevin Smith has dragged out for three movies. Smith has created a world of stories and characters that go from one film to the next, but it is time to put away the New Jersey pen and try something new.

Smith’s dialogue-heavy style was a welcome addition to the film lexicon back in 1994, with the release of his first film, “Clerks.” Shot entirely in black and white, “Clerks” has a great indie feel and a perfect mix of wry dialogue and vulgar humor. The clerks in the film are a convenience store worker and a video store clerk who spend their day of “work” just hanging out and dealing with the constant stream of assholes and losers.

The reason to see Smith’s films over and over is to catch all of the hilarious quotes spewed forth by his working-class characters. It is almost impossible to pick one favorite quote from “Clerks,” but Randall the video store guy says it best with the line “This job would be great if it wasn’t for the fucking customers.”

Smith’s next effort was the critically blasted “Mallrats.” This is definitely his most juvenile endeavor but it should not be overlooked. It has some very funny moments and introduces former pro-skateboarder Jason Lee into Kevin Smith’s actor pool. Smith consistently uses many of the same actors in his films as he carries storylines from one film to the next. The absolute worst thing about “Mallrats” however, is casting of Shannen Doherty. I can’t decide if all of the characters she plays are bitches or if she is a bitch therefore her characters come out as such. It is a mystery of the modern cinema that I fear will never be solved.

The film itself is heavy on the slapstick and mainly relies on the time-honored tradition of “dick and fart jokes” that Smith so readily admits to using. The standout quote from this film comes when Brodie, played by Lee, explains the escalator to his friend T.S. (Jeremy London). “Listen, not a year goes by, not a year, that I don’t hear about some escalator accident involving some bastard kid which could have easily been avoided had some parent – I don’t care which one – but some parent conditioned him to fear and respect that escalator!” Well said.

Smith’s geeky love of comic books and the “Star Wars” films shines through in all of his work but most noticeably in “Chasing Amy.” Smith came under much scrutiny by the gay and lesbian community for his look at a lesbian who falls in love with a man. The lesbian, played not too annoyingly by Joey Lauren Adams, is forced to choose between the lifestyle that she has defended and adhered to and the prospect of love with a man.

Ben Affleck plays Holden McNeal, the comic book author who woos her away from the lesbian community with a beautifully written monologue that shows Smith’s range is far beyond juvenile humor. But when Silent Bob tells Jay “Bitch, what you don’t know about me I can just about squeeze in the Grand fucking Canyon. Did you know I always wanted to be a dancer in Vegas?” we come back to the inevitable truth that Kevin Smith is a very funny guy even in a serious movie.

Finally we come to “Jay and Silent Bob Strike Back,” the film that makes main characters of the two background funnymen from all of the other movies. The movie is basically a casting call for all of the characters from the previous films with a lame plot thrown in for good measure. I would still recommend it because I love Kevin Smith, but it is not nearly as good as “Clerks” and “Chasing Amy,” by far his finest films to date. 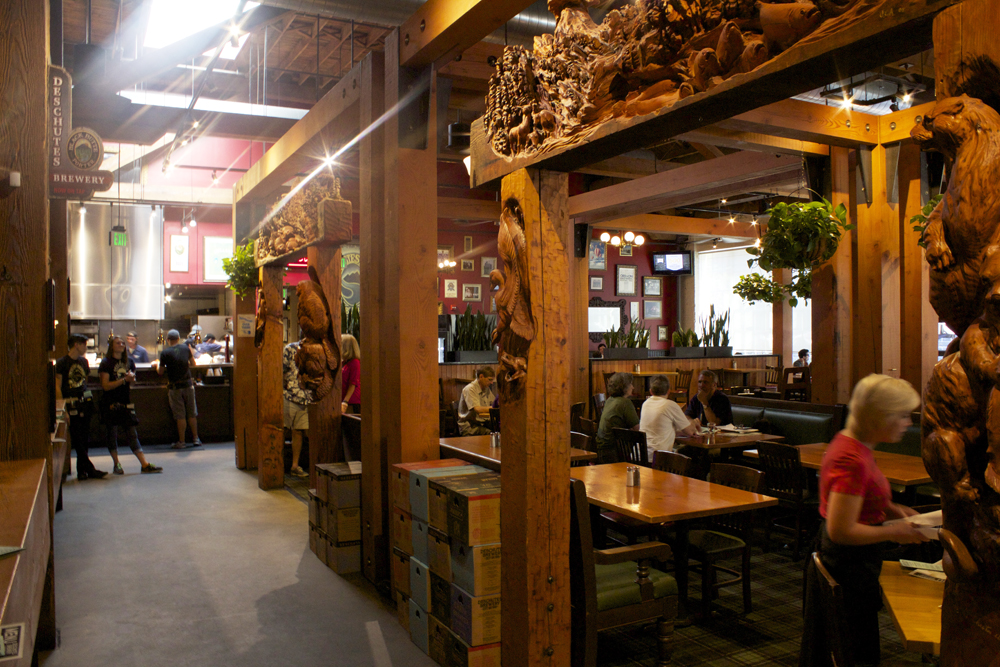 Get your drink on, downtown style

A monster truck says it all