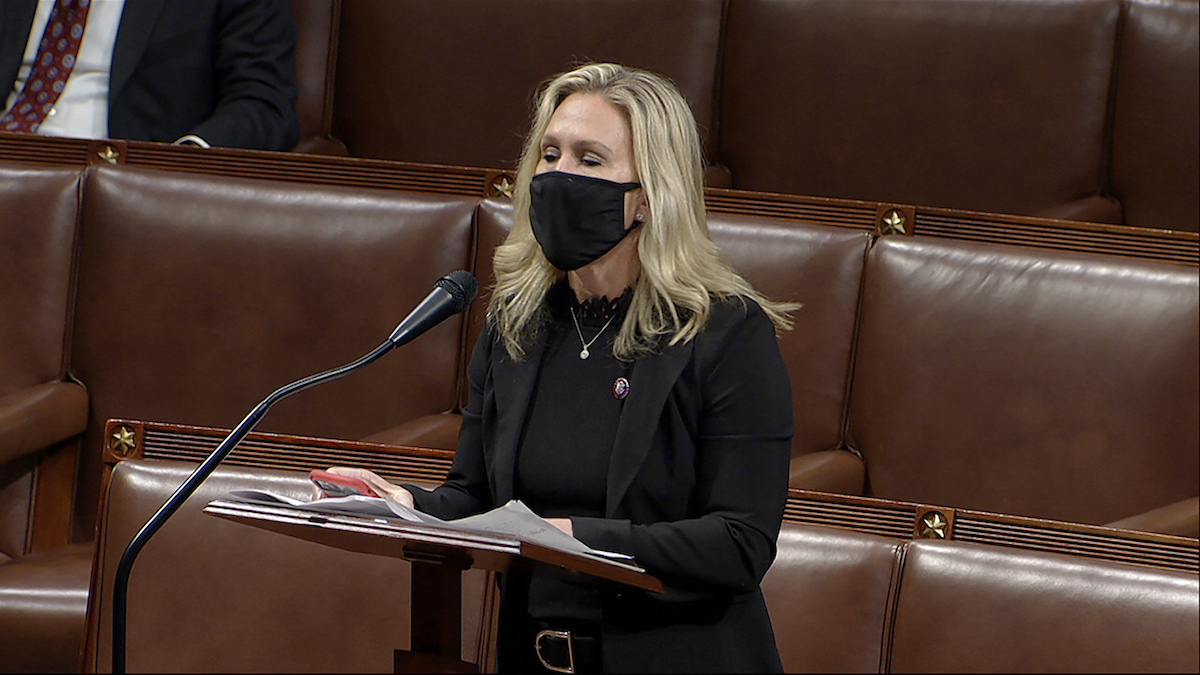 Representative Marjorie Taylor Greene and others in the Grand Old Party have allied with the politically extreme and ridiculous. This isn’t the first time, but it may be the last.

The party of Lincoln, of fiscal responsibility and of personal freedoms has, throughout United States history, fluctuated from extreme far-right politics verging on fascism to moderatism and realism in governance.

Perhaps one of the most pernicious aspects of the current GOP is the adherence to, or at least placation of, conspiracy theories, which often have ties to white supremacy, Nazism and other hate-group ideologies. These ideations are not unique to today, especially within the right. The Republican party is no stranger to extremist viewpoints.

Perhaps most relevant now is Barry Goldwater’s 1964 presidential run, when political extremism from the far right was on the rise. On July 14, 1964, the Republican party was preparing to nominate their presidential candidate: the choice was between Arizona Congressman Goldwater and New York Mayor Nelson Rockefeller, seen as a relative centrist at the time.

Goldwater’s fans and supporters literally booed Rockefeller off stage, who had been speaking in favor of amending the party platform to condemn political extremism.

The resolution repudiated “the efforts of irresponsible extremist organizations,” including the Communist Party, the Ku Klux Klan and the John Birch Society, a rapidly growing far-right grassroots group obsessed with the alleged communist infiltration of America.

Rockefeller’s proposed resolution failed. The extreme right-wing held sway over voting blocks critical to electing Republican candidates all over the country. There were even KKK members present and cheering at the aforementioned Republican National Convention, supporting Goldwater.

In an August 13, 1964 New York Times article, leadership within the KKK made it clear: “The Imperial Wizard of the United Klans of America, Knights of the Ku Klux Klan, said today Klan members would be urged to vote for Senator Barry Goldwater for president even though the Republican nominee has said he does not seek their support.”

The idea that a similar resolution condemning extremism would hardly even get a vote among the GOP these days indicates the direction the party has taken. It has surrendered to the extremism movement along the right-hand side of politics, so to speak.

In the current landscape of extremist movements in conservative politics, the most recognizable, yet perhaps most misunderstood, is the QAnon movement. Most people are also unaware of the correlation this ideology and belief system has to many hate group and white supremacist organizations.

QAnon became popularized several years back, allegedly first appearing on 4chan, a message board that commonly amplifies racist, xenophobic and anti-Semitic conspiracy theories and ideologies. QAnon has now embedded itself into the GOP, at least in the parts of the GOP that see former President Donald Trump as a savior figure.

The “Q” belief system purportedly goes something like this:  A clandestine cabal is taking over the world. “They”—i.e., Democrats—kidnap children, slaughter them and eat them to gain power from their blood. They control high positions in government, banks, international finance, the news media and the church. They want to disarm the police. They promote homosexuality and pedophilia. They plan to mongrelize the white race so it will lose its essential power.

It collected racist myths about a Jewish plot to take over the world that had existed for hundreds of years. Central to its mythology was the Blood Libel, which claimed that Jews kidnapped and slaughtered Christian children and drained their blood to mix in the dough for matzos consumed on Jewish holidays.

The conspiracies found throughout the text nearly mirror what QAnon espouses. This is a belief system which many state and federal representatives and senators alike believe in, or at least do not denounce, in order to stoke its base and maintain status in their heavily red districts back home.

The aforementioned Greene is one of the worst examples of such support. As CNN reported, Greene continually suggested support for literally executing top Democratic politicians—such as former President Barack Obama, Speaker of the House Nancy Pelosi and former Secretary of State Hilary Clinton. In recently discovered posts from 2019, she also wrote a “press release” and a blog post promoting the petition and indicated that she believed Pelosi could be executed for treason.

Moreover, CNN previously reported, that in September 2020, Greene posted on her candidate Facebook page a picture of herself holding a gun next to images of progressive Congresswomen known as the “Squad.” The subtitle urged readers to go on the “offense against these socialists,” and was understood by spectators as an actual threat. The Facebook post was removed by Greene after blowback in the media.

Before Greene ran for Congress, she accepted violent and ridiculous conspiracies. One of the vilest among them was QAnon. In August 2020, she tried to distance herself from QAnon and asserted that “it doesn’t represent me.”

Greene endorsed 9/11 trutherism conspiracies and falsely claimed there was no evidence a plane crashed into the Pentagon, according to reporting from Media Matters.

In 2018, she questioned if the Parkland shooting was a false-flag event and insisted that Parkland survivor David Hogg is a “paid actor.” In a recently surfaced video from March 2019, Greene stalks Hogg as he approaches the U.S. Capitol where she berates him with bogus and unsubstantiated allegations and a barrage of nonsensical questions about gun-rights and his ability to speak before the U.S. Senate.

Greene also supported Facebook comments from 2018 which claimed the Sandy Hook Elementary School mass killing was staged. In a social media post from September 2018, Greene declared that “Q”—whom Greene asserted is a “patriot”—cautioned false-flag events would be a part of the coming “storm.”

All of these conspiracy theory beliefs notwithstanding, and despite the fact Greene was recently (and mercifully) removed from all her committee responsibilities, two of her most dangerous false beliefs are ones that almost all of the current GOP believe: That man-made climate change is not real, and that Democrats are radical socialists, intent on bringing communist ideologies and government to the U.S.

If two of the most dangerous aspects of extremist belief in the GOP are not fringe or extremist beliefs at all, then what does this say about the Republican Party? What will happen to the Grand Old Party once 2022 or 2024 come around? Only time will tell. 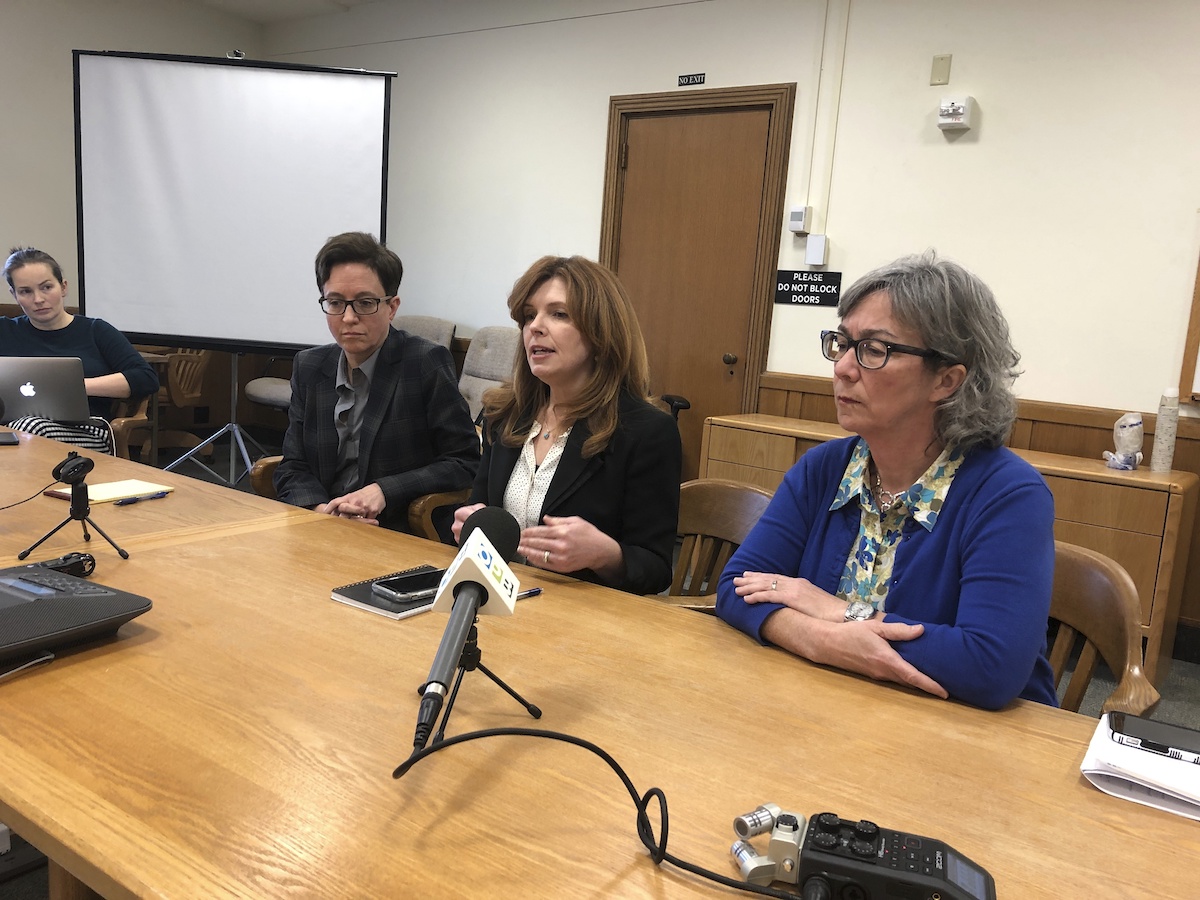 We need to talk about the Oregon legislature