Do you remember the kids at the Kwik-stop in your hometown whoused to smoke cigarettes and drink beer on the corner all day?Well, now’s your chance to revisit them in Jason Kochan’sproduction of Eric Bogosian’s play, “Suburbia.” The press releasepromises “Sex, Drugs, Rock ‘n’ Roll, and Apple Pie.”

New school pop-influenced punk including Spare Lead, who used tohang out at the same Denny’s I did. They kind of sucked, since theytook all the choice window booths before my friends and I could getthere.

In case the experience with square dancing in junior high P.E.wasn’t embarrassing enough, you can relive it at the Nocturnal, andsupport 100% Portland’s drive to increase voter turnout at the sametime.

The Forth, Binary Dolls, Polite Fiction

Binary Dolls play mangled noise-pop that leads you down all thewrong pathways, and then erases the map. In a good way.

This dance party not only features plenty of fast and hard rock,but there will be DJs as well. Apparently, it’s open to everyone,so you might as well head over if you’re in a partying mood.Admission is cheap, too, way cheaper than a concert featuring thesebands would be if it were held at a venue.

This acoustic-based band combines “the introspection of atortured soul” with three doofy-looking guys who look like theyfailed the “let’s become 3 Doors Down” test by just a few points.Maybe that’s why they’re so tortured. Although if I were them, Iwould be losing sleep over the fact that I had used “theintrospection of a tortured soul” to describe my band.

Chris Tsefalas’ melodic and hooky pop was compared to bothElliott Smith and Quasi in his press release. Although thisestablishes really high standards right away, the fact thatTsefalas’ last record was engineered by Larry Crane, (who workedwith both Elliott and Quasi), speaks in the youngsinger-songwriter’s favor. Not only that, but Crane plays some basson the record as well. In any case, it’s going to be a free concertat PSU, so you can’t really go wrong with that.

Melody, punk attitude, anti-establishment posturing, skateboardsand a love of the Descendents is a common thread that runs throughall these bands, and likely through you too, if you’re excited andgoing. Although not everyone’s thing, it’s enough people’s thing toguarantee that this show will be pretty crowded.

stellastarr*, The Killers, The Evening

New York seems to spawn a lot of arty new-wave punk/pop groupsthese days. Mind you, I’m not complaining, but it would be nice tosee something else come out of that place. Anyway, here’s some morearty new-wave pop coming your way courtesy of stellastarr* and TheKillers.

Speaking of new-wavey pop, here’s the real deal in thatdepartment. Despite the disco beats that infest her music,Blondie’s Deborah Harry has managed to maintain honorary punkstatus throughout the years and has become a true megastar/legendof the ’80s and beyond. Don’t miss this show, since she probablywon’t be back for a long, long time.

The cover for this benefit show goes to Northwest In Defense ofAnimals, a totally worthy cause (more so than Blondie’s collectivewallet), and the politically charged antics of The Ice CreamSocialists makes it all go down that much easier.

Man of the Year, The Turn Ons, Jackie

T-Rex glam, Velvets cool and a dash of Fender Rhodes is thestuff of The Turn Ons, who compliment Jackie’s power-riffinggarage-pop and Man of the Year’s likewise-oriented sound.

Catch Cart as they return to Portland from Government Camp, andwhat will surely be a beer-soaked party of a concert up there. Eventhough you might miss out on that, there’s no excuse to not go tothe Paris show. It’s so much closer than Government Camp.

Big-time indie pop across the board here. Sure, some rock maysneak its way in, and some new-wave might get by while you’re notpaying attention, but on the whole it’s pop, pop, pop. So if youlike it, come and get it cheap.

Despite the pop-punk opening bands, Ted Dancin’ Machine and TheSkamatics make this show all about ska and dancing. Sure, sure,whatever. You should be going to Cart or the Beatles Tribute night.Ted Dancin’ Machine plays about every day at the Meow Meow. You’llbe able to see them some other time, trust me.

Even if all the bands involved suck, a Beatles tribute show willalways have good songwriting to redeem it. And the thing is, thesebands don’t suck. They’re just not the kinds of bands that I wouldpicture doing a Beatles show. Ditchliquor? The High and the Mighty?These are some heavy, loud-ass rock bands! While poppier fare wouldnormally be expected at a Beatles tribute, with this lineup thesound is more likely to lean towards the heavy-ass and loud end ofthe spectrum, with the Lennon/McCartney melodies receiving ahealthy dose of distortion.

The buzzing synthesizers and complex pop melodies of Pinbackhave earned them critical acclaim and, judging from the bidding warthey started in 1999 when shopping for a label to release theirdebut, bunches of money too. Even though their wallets are probablybulging right now, it’s ok to put some of your money in there withthe fat label checks to see the show.

European circus Cicuri Curajul boasts sword swallowers, escapeartists, acrobatics, strongmen, clowns, and more. I would recommendthis, but I really hate the circus, and even though this one soundspretty cool, it’s still a circus and it turns me off. This onelooks like it might have drinking involved, so knock yourself outand go. Don’t let my hating the circus keep you from having a goodtime.

The Figgs’ guitar pop is laced with little guitar breaks thatrise over the “oh yeahs” and seem to scream “good-times.” CandyButchers favors sugary harmonies disrupted by distorted strums overthe rock structures of the veteran Figgs and mix in synthesizer aswell to an intensely candy-coated effect.

All I know about Cypress Hill is that they smoke lots of pot andhad that song “Rap/Rock Superstar” that had both “Rap” and “Rock”as possible prefixes. Way confusing. They also had all those othersongs about getting stoned that I’ve heard at a million people’shouses and seen in about as many stoner movies.

Bay area indie rockers Black Rebel Motorcycle Club sounds likethey grew up on a steady diet of Vicodin, Marlon Brando and Jesusand Mary Chain, came of age and adopted grit, grime and Stoogesguitar strafing and then garnished the whole package with a littleVelvet Underground cool. They seem like the kind of guys who wouldwear sunglasses all the time. In their case, this is a good thing,as they’re as cool as the Dandy Warhols would have been if more oftheir songs had been like “Ride.”

Even hough it’s easy to label Electric Six as a novelty or ajoke band, they happen to also be really good in a totalbutt-arena-rock disco way, if that makes any sense. They also lovecheesy synth flourishes and songs relating dancing to nuclear war.Only a talented band would be able to pull this kind of thing off,and Electric Six does it with style.

Spacey French electronica group Air is one of those bands thateveryone I know likes, and seems cool, but that I’ve just neverwanted to shell out my hard-earned money to buy any albums of. Oddsare you like them, though, so I bet you’re excited. Have fun at theexpensive show with the bouncers.

The Thrills are like the Beach Boys would have been if they hadstarted doing drugs earlier, and were greasy-haired hipsters fromDublin. I was surprised by how good they were when I heard themand, for 12 dollars, this is as close to the Beach Boys as you’regoing to get, so you should definitely not pass this show up. Theyeven use the same instruments as Brian Wilson. Banjo, harmonica,keyboards, you name it: If it’s on Pet Sounds, it’s there. 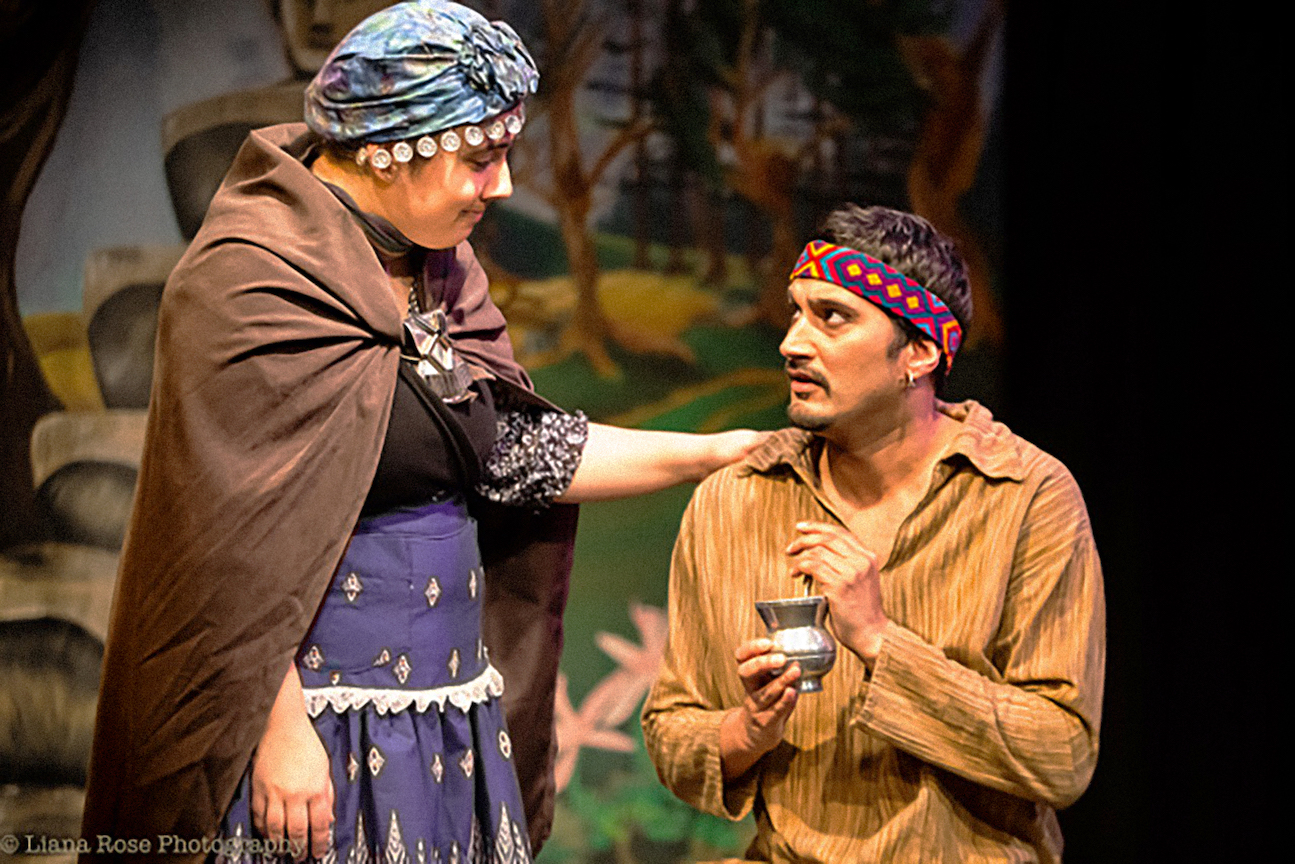