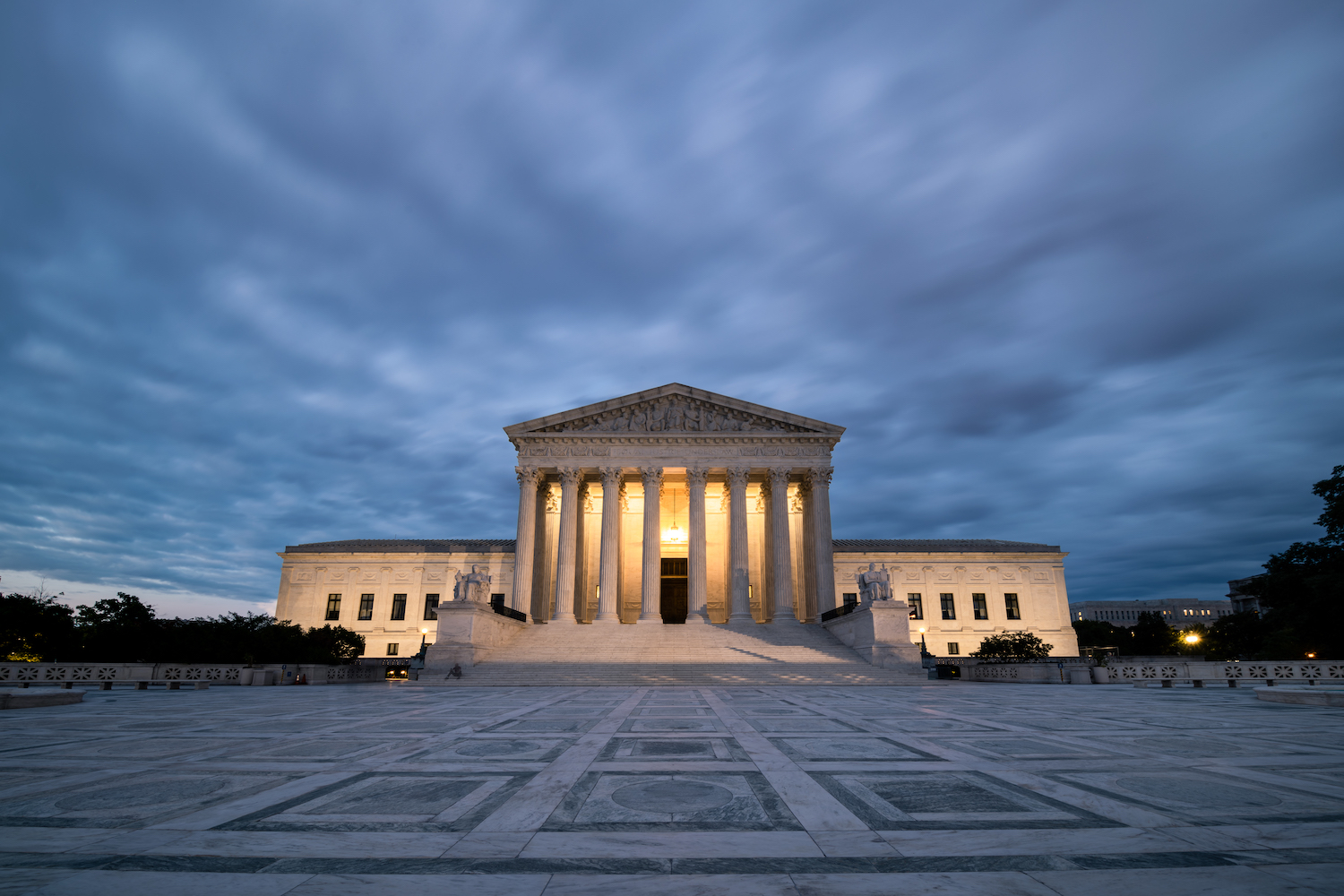 Just when you thought 2020 could not bring anymore unfortunate circumstances, a notification popped up on your phone during a global pandemic that Supreme Court Justice Ruth Bader Ginsburg died. Now, there’s an open seat on the Supreme Court with a White House and Senate controlled by Republicans. This is not a dystopian science fiction novel, this is reality.

Ginsburg passed away on Sept. 18 from complications from pancreatic cancer. Most of the night Ginsburg died, I felt a heaviness in my chest and listened to The NPR Politics Podcast about Ginsburg. I also felt inspiration. It’s comforting and heartbreaking to know how much she touched the people she knew, but also how much she touched so many women she didn’t know, like me. She fought for women like me to have the same equality as any other man and showed that a woman’s place can be anywhere and everywhere.

The same NPR podcast referenced United States President Donald Trump’s response to Ruth Bader Ginsburg’s death: “She led an amazing life, what else can you say? She was an amazing woman—whether you agreed or not—she was an amazing woman who led an amazing life.” Soon after this, there was an immediate push to fill Ginsburg’s seat. Trump’s response to the loss of Justice Ginsburg was to immediately find someone to replace her. Trump promised that his nominee would be a woman, Amy Coney Barrett, a judge who graduated from Notre Dame and is currently serving the U.S. Court of Appeals for the Seventh Circuit. Trump going through with the nomination, however, still disrespects Ginsburg’s dying wish: “My most fervent wish is that I will not be replaced until a new president is installed.” Ginsburg’s dying wish is being denied by the Trump administration for gains for their own political party, rather than honoring Ginsburg and waiting until the election to decide on a potential nominee.

With Ginsburg’s passing, there is a looming open seat on the Supreme Court that the Trump Administration is taking steps to fill. Senate Majority Leader Mitch McConnell is contradicting his previous statements from 2016 near the end of Obama’s presidential term when a seat on the court was also vacant—McConnell pleaded that the Obama administration should not fill the seat until the American people decided on who the next president would be. Now, McConnell is going back on his previous statement with a Republican administration, stating the Trump administration wants to fill the seat. This is a hypocritical move being made to lock in a conservative majority on the court. The Republican party has moved the nomination to being its main priority, instead of something of greater importance for the greater good for the people of the U.S., such as a coronavirus stimulus bill. The proceedings for the confirmation for a Supreme Court nominee can wait. Americans struggling and dying from coronavirus cannot.

Trump formally announced on Sept. 26 he would pick Barrett. According to The Guardian, she claimed her religion wouldn’t affect her judgement within the law, but also said careers in law should be meant “as a means to the end of serving God.” The point of law is to create laws to protect and serve the people, ensure equality and justice for others, to protect civil liberties and to keep people safe, not to serve God. There does not appear to be a separation between church and state for Barrett, which means there could be a religious bias for wanting to overturn Roe v. Wade. There may also be a bias that everything is up to God’s plan or seeking what the bible says for guidance to form and/or enforce law. America is not solely a country full of Catholics or believers in a Judeo-Christian God. This country has people from a variety of belief systems and different cultures, from Muslim to Buddhism and from Mexico to Albania. Decisions made at such a high level of government cannot afford to be made from personal opinions solely based on religious belief systems.

What is at stake by putting another conservative on the court? What does it all mean for future generations? This would lock in a conservative majority at 6-3 on the court. Abortion rights will be threatened with the possibility of Roe v. Wade being overturned, and the Affordable Care Act could be repealed, which would take away coverage for people with preexisting conditions. Abortion rights would become extremely vulnerable if Roe v. Wade is overturned. This might be the worst time possible to have health coverage taken away.

Barrett could be making decisions on the court for decades to come. This is about the future as well as the present.

Democrats will be trying to do everything they can to slow Barrett’s Supreme Court confirmation process. One way, while not completely in the Democrats’ power, is for four GOP senators to speak out and vote against the confirmation of Barrett. Susan Collins (R-Maine) and Lisa Murkowski (R-Alaska) have spoken out against replacing Ginsburg’s seat. Collins, who is up for reelection, announced she would vote no on the confirmation due to the approaching election and Republicans flipping their tune on confirming a new judge when they refused to do so for Obama’s nominee.

Other GOP senators that could holdout the nomination, such as Charles E. Grassley (R-Iowa) and Cory Gardner (R-Colorado). Grassley blocked confirmation hearings in 2016 for Obama’s candidate, Merrick Garland, where he cited the “Biden Rule” as causation to hold confirmation during an election year and thought the decision should be made by whoever is elected as president. The Biden Rule isn’t even an actual rule, but rather is an excuse to use one Democrat’s words against the entire Democratic party from a statement from 1992.

Mitch McConnell claimed he has the 51 votes needed to confirm Barrett. There is hope if Biden wins the election, Democrats could take back the Senate and there could be an expansion of the Supreme Court. In the constitution, there is no mandate on how many seats there can be on the Supreme Court. During the rollercoaster of the first 2020 presidential debate, both Biden and Trump spoke about the Supreme Court vacancy. Trump stated since the Republican party won the election, has control of the Senate and has control of the White House, it makes it okay to fill the seat, even during an election year. However, Trump has not been reelected yet. A decision to confirm a Supreme Court nominee just roughly a month away from an election is an abuse of power. He stated during the presidential debate if the Democrats were hypothetically in his shoes, they would do the same thing. However, when Obama tried to confirm Merrick Garland during an election year, McConnell blocked it due to it being an election year. The irony of this did not push through to Trump in the debate that McConnell and the Republican party are contradicting themselves in favor of their party. Trump and McConnell do not care if they are hypocrites. It is more about self-interest and what is good for the Republican party.

Another top item at stake with Barrett potentially being confirmed to the Supreme Court is the Affordable Care Act, which Trump referred to as socialist during the debate. Biden urged Americans to vote, as he recognized the push from Democrats to end filibustering and expand the Supreme Court if he is elected. However, Biden didn’t answer if he is in fact going to do so. In the 1940s, President Franklin Delano Roosevelt wanted to expand the Supreme Court because he believed there were too many conservatives, too many people that wouldn’t retire and the amount of conservatives were making it hard to pass the New Deal during the Great Depression. He received public backlash for wanting to expand it due to the Supreme Court being perceived as becoming partisan.

So, what can “we the people” do to ensure that there is a positive future ahead of us? Looking at all of the abuses of power and neglect of hypocrisy happening in the Trump administration, I wonder…what would Ruth Bader Ginsburg do?