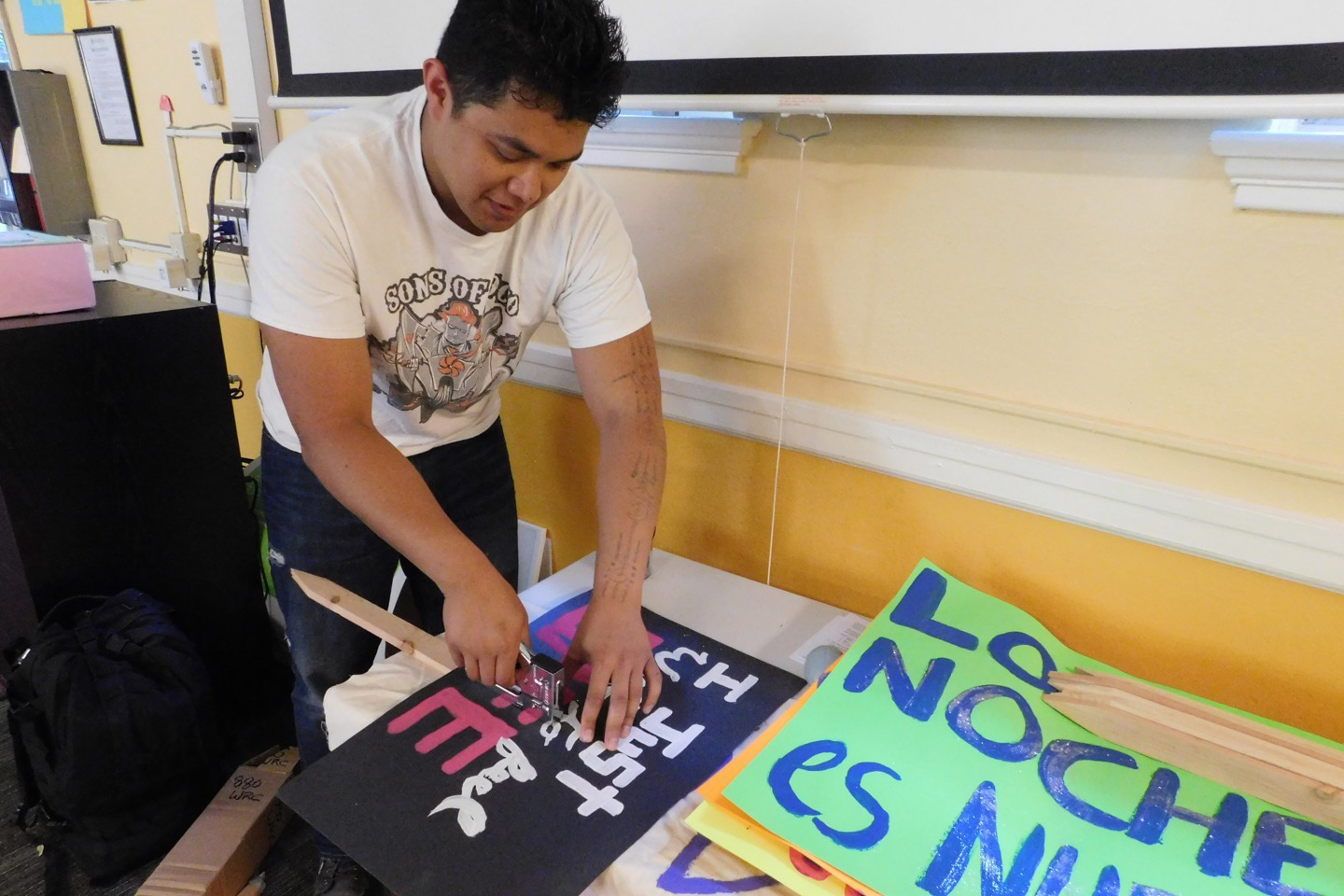 Portland State Women’s Resource Center is hosting the annual Take Back the Night on April 26, as well as various other events as part of Sexual Assault Awareness Month.

TBTN is an international event that works to end sexual, relationship and domestic violence. It began in the 1970s, when people marched in response to a series of violent crimes against women. The official TBTN organization formed in 2001, and the WRC has been sponsoring events annually since 2002.

This year, the event will be located at the Smith Memorial Student Union, where there will be workshops and activities throughout the day.

The Take Back the Day Symposium will occur from 8:30 a.m. to 4 p.m. This event is part of the 2016 Pacific Northwest Higher Education Best Practices Conference on Sexual Misconduct Prevention and Response.

According the the WRC website, “The focus of the symposium ​will be on anti-racist sexual violence prevention, response practices, and ​educational ​dialogue​.”

Dr. Treva Lindsey, assistant professor of Women’s, Gender, and Sexuality Studies at Ohio State University will be the keynote speaker. Her speech, will be about how intersectionality ties in with Title IX and sexual assault on campuses.

There will also be student-led workshops by the University of Oregon Sexual Wellness Advocacy Team. They will put on an “original performance on the intersections of oppression and identity with sexual violence” according to the event website.

TBTN will follow the symposium from 5:30-9 p.m. and will feature queer disabled femme writer and performance artist Leah Lakshmi Piepzna-Samarasinha as keynote.

“I’m looking forward to hearing Leah speak,” said Tayler Oakes, head of the Publicity and Social Media Team of the TBTN committee. “Just having that kind of character on campus would be really cool.”

Along with guest speakers, there will be student contributions as well, and participants will march around campus with signs.

“We have one of our committee members singing and she’s a student as well,” said Kimberly Becerra, TBTN Committee member and emcee for the event. “We’re trying to make it very student-led and [include] a lot of student contributions.”

The WRC hosted various other events to lead up to TBTN.

On Tuesday and Thursday last week, individuals gathered at the Women’s Resource Center for the sign-making event for the march.

“The signs are very inclusive,” Becerra said. “We have some signs in Spanish and chants as well.”

Oakes was in charge of the planning behind the poster-making event, and is in charge of distributing posters, getting out press releases and updating the PSU Take Back the Night Facebook page.

#PDXTBTN was also created so people can participate on social media during the event.

Other workshops included Survivor Speak Out on April 19, an event dedicated to sexual assault survivors in which they shared their stories and YWCA Sexual Assault Dynamics to understand the roots of sexual violence and how marginalized communities are more vulnerable than others.

Students participated in Giant Volleyball on April 21, where participants learned more about TBTN while enjoying a volleyball game with an oversized volleyball.

“There’s a lot of really cool workshops,” Becerra said. “I’ve been to a lot of marches, but I think going to symposiums and workshops is really important because you get other people’s’ experiences and knowledge and get to participate in that.”

They also held fundraisers, such as the Zumbathon and bake sales. Proceeds help the WRC provide safe shelter for women fleeing domestic violence.

TBTN committee had weekly meetings to plan the events.

“[At the meetings] we addressed every new item we should add,” Becerra said. “The hashtag just happened last week, so it’s really cool that we can keep up with each other even though we have so many different committee positions.”

The TKTN Committee encourages both students and non-students to come and participate.

Center for Disease Control and Prevention

US Department of Justice: Bureau of Justice Statistics

If you are someone you know is a victim of sexual violence, there are multiple resources both on and off campus that are available.

Students can visit the WRC, a facility inclusive of all backgrounds.

The WRC mission statement says: “The Portland State University Women’s Resource Center advocates for the best educational and campus experience for all members of our community. We accomplish this by advancing social justice, ensuring access to personal empowerment for women, and by working toward a safe and healthy campus.”

The WRC is open 9:00-5:00pm Monday through Friday. The WRC provides a safe space where students can study, eat and meet, as well as connect students to other resources and organizations.

The Center for Student Health and Counseling provides health, counseling and testing services for students.

Fully incorporated into SHAC, the Sexual Assault Nurse Examiner program supports student survivors of sexual misconduct. A police report does not have to be made to receive SANE services.

This site features numerous resources for getting help, reporting and recieving medical attention in times of crisis. It also lists faculty and staff resources, which includes faculty and staff conduct and reporting obligations, employee and community resource list and a printable contact list for students. Furthermore, it overviews victim’s rights and highlights the Campus Safety Module—a learning module required for all students to take to create a safer campus.

RAINN, the largest anti-sexual violence organization in the nation, constitutes of connecting victims to services, educating the public on the visibility of sexual violence, improving public policy and providing consultation to other institutions. RAINN serves millions a year across the US, using media and other forms of outreach.