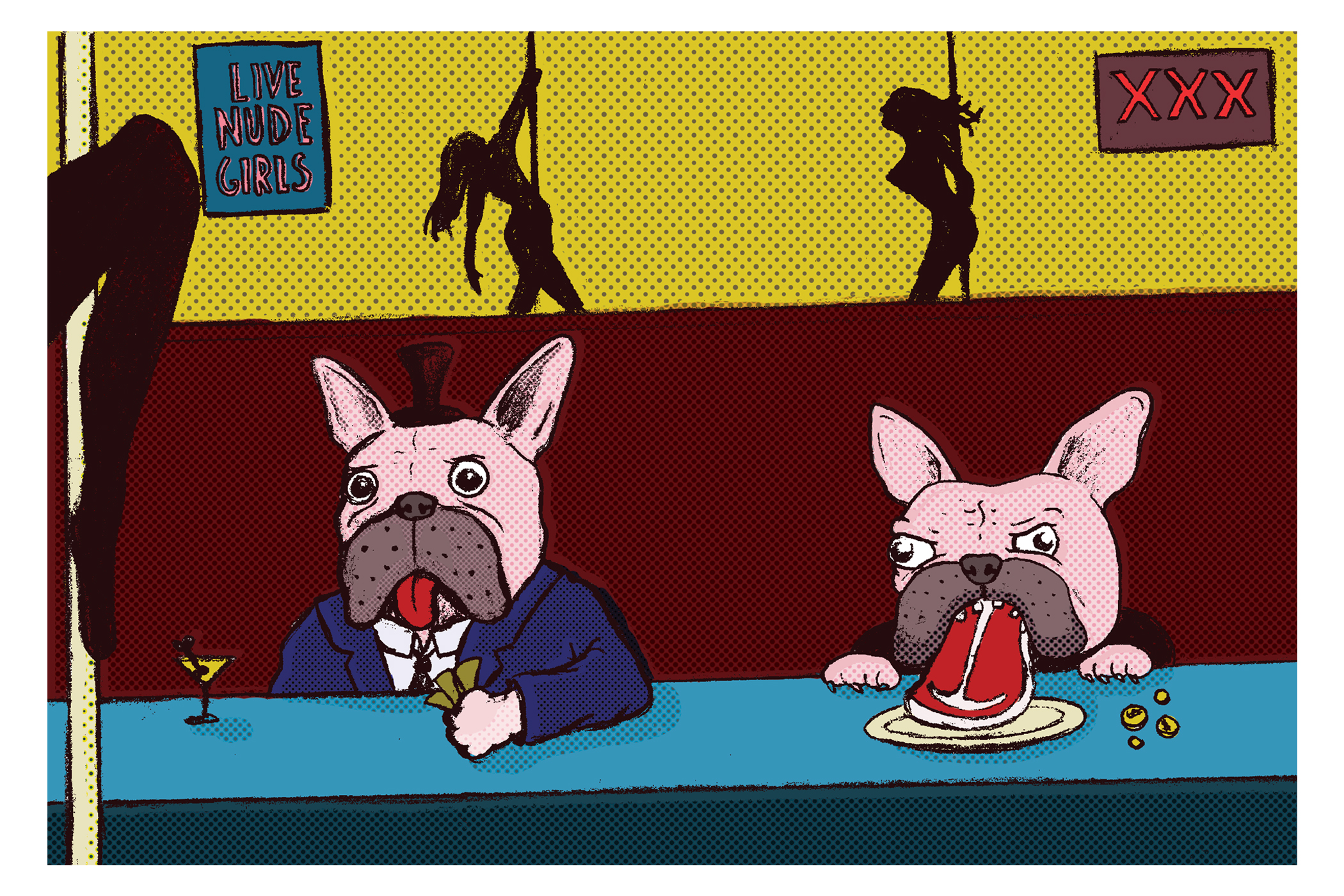 Strip clubs are unique businesses whose cultures vary from state to state, city to city, even zip code to zip code. We here in the City of Most Strip Clubs per Capita are truly spoiled by the volume and variety of strip clubs in Portland. Our downtown district has more strip clubs than are present in whole cities, all of which cater to distinct cultures, clients and tastes.

If you’ve never been to a strip club before, they can seem daunting. But they’re not all what you see in cinema: exotic dancing is (rarely) a lazy cover for prostitution, almost all dancers have high self-esteem and self-value, and many dancers are not just “stripping their way through school,” but rather consider their work an essential, highly lucrative career.

Consent is Sexy (and Required)

New patrons of strip clubs often struggle with how to interact with dancers. What is okay to look at, what is okay to touch, and how exactly do I pay you? All strip clubs have rules posted at their entries that you should always read over before entering. If you’re sitting at the rack (main stage of a club), asking dancers if you can slide crisp dollar bills into their underwear is always preferred (NEVER throw wadded up bills like garbage), which will then lead you to ask a dancer how you can interact with them from there. If you’re not sitting at the rack, “making it rain” (i.e. throwing dollars on stage and watching them fall on the dancers) is always a respectable, time-honored baller move.

Time is Money: Know Why You’re There

Clubs have a rule about how often you should tip (general rule is $1-2 per song), and will enforce said rule as they see fit. Some clubs have a dedicated staff member that will go around the club collecting dollars if they don’t see patrons tipping at the rack. Multiple dancers recommended going to a regular bar if you plan on spending less than $50 on dancers. Their advice is rooted in club economics: clubs can charge dancers a fee between $35 to 10 percent of their night’s revenue, while expecting dancers to pay for staff members like DJs. Clubs like Union Jacks, Mary’s Club, Devil’s Point, Lucky Devil Lounge, Casa Diablo and Sassy’s charge dancers fees in this price range.

Be honest with yourself about what you’re expecting when you enter a club, either by yourself or as a member of a group party. I’ve heard complaints from a lot of boys about not being into strip clubs because they can’t take the dancers home. Those boys completely miss the point of strip clubs. If you want to look at pretty performers or have a performer dance on you and/or a friend, be honest with yourself and honest with your dancer. If you really don’t want a lap dance, don’t pay for one or ask for one. If you just want to talk to someone, you can tip them for their time and/or buy them a drink (or mozzarella sticks).

Understand Why Your Entertainer Performs

Dancers do not work because they are trying to find new friends or romantic partners. Like any commission-based salesperson, dancers are looking to make the most money in an hour as possible. Birdie le Tramp of Kit Kat Club says many Portland female dancers are queer and not even faintly attracted to their patrons, yet act interested in customers because it’s what they want and expect. A dancer who identifies as Trouble of The Gold Club says it’s extremely inappropriate to call a dancer outside their name given to you at the club: Dancers use aliases to protect themselves from prying employers, family members, and patrons trying to violate their privacy. Some dancers are okay getting to know you, and some want to keep the experience impersonal. Each performer has their own boundaries. Find out what they are before violating them, and everyone will have a good time.

Do Not Eat at the Rack

Some clubs, like the Acropolis, Club Rouge and Spyce Gentlemen’s Club, are known for serving full meals at the club, usually a steak-based dinner. Apparently, it bears repeating that you should not take your dinner up to the rack. The rack is not your dinner table, it is another person’s work space. There is a huge difference between drink condensation bleeding through a napkin and carelessly spilled A1 Sauce, especially if this is on a surface where one spends most of their shift exposing their nude body and/or genitals. I’ve heard that nobody likes Worcestershire sauce in their vagina, and I can’t see anyone arguing a counterpoint.

Literally Nobody Likes a Homophobe

Signage at Silverado, Portland’s oldest male strip club, reads, “If you’re here, you’re queer,” and is sometimes translated as not being welcoming of heterosexual people; they have banned bachelorette parties since 2012. According to a Portland Mercury article, the idea behind these policies is to create an environment ideal for gay men, one which should keep homophobic admirers of male bodies outside the club. Meanwhile, Stag PDX (Portland’s other male strip club) does not have a similar policy, meaning straight people and bachelorette parties are welcome. Ryan Simsich, Stag PDX’s manager, says that there is a dress code in place barring gaudy decor like flashing penis crowns because they distract both dancers and patrons. Both clubs have different atmospheres, and it’s worth attending both to get a feeling for those differences.

Birdie says some of her patrons voice displeasure with the idea of men dancing for men. She and her coworkers are not interested in listening to these opinions and will judge people with these opinions accordingly. Don’t be the person strippers mock backstage using an annoying voice. It’s so easy to not be that person.

Where Can I Use All This Advice?

In addition to all of the clubs mentioned in this article (the majority of which have been extensively covered in local and national press), try visiting one of Portland’s unsung treasures, like Club 205, DV8, Rose City Strip, Dancin’ Bare, Safari, Golden Dragon and the Scarlet Lounge (a.k.a. The Pitiful Princess until 2016).