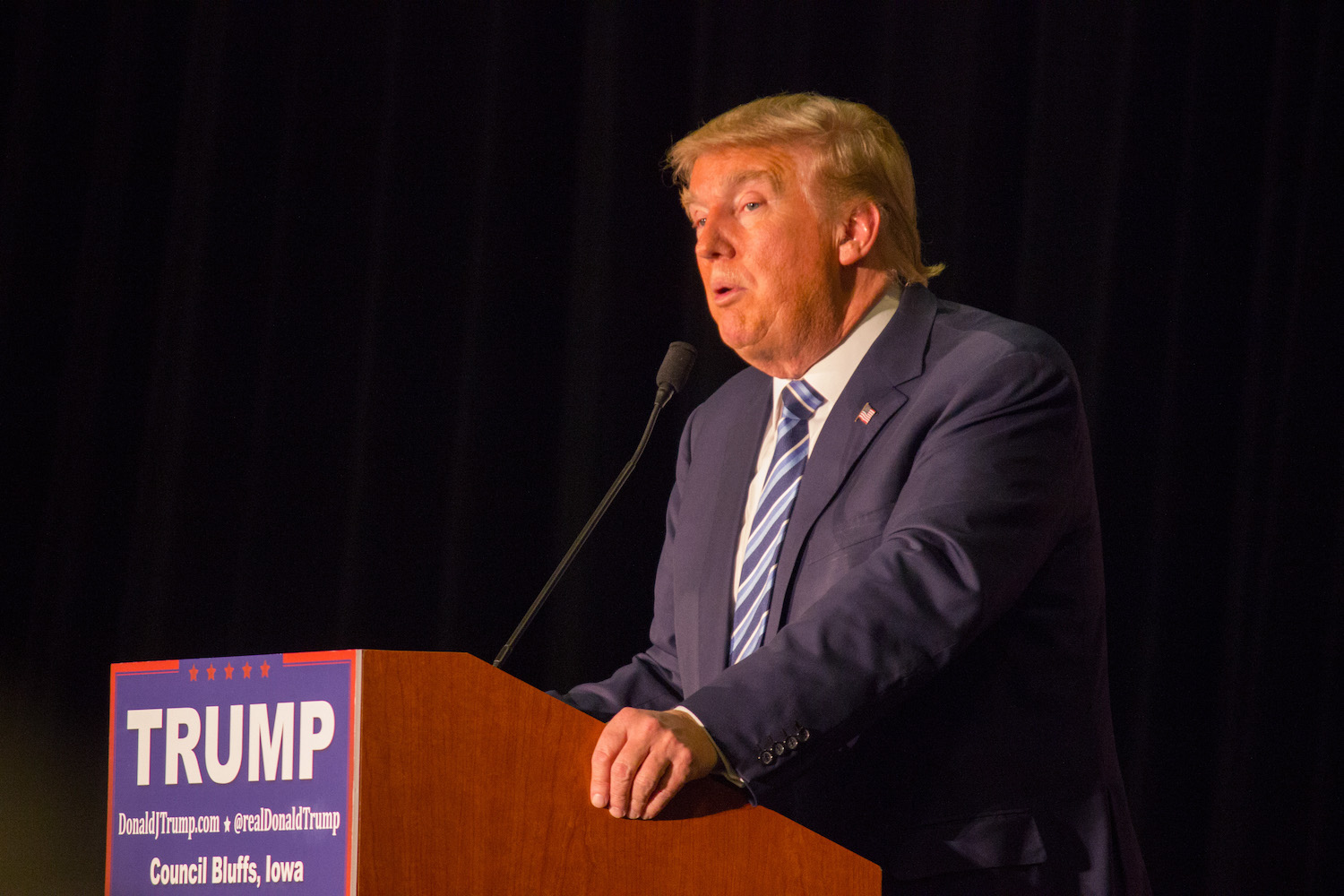 The presidency of Donald Trump is over, despite active denial from some supporters of the former executive of the United States. Nevertheless, pundits, academics and political aficionados have slowly begun to ask the question: How does one objectively define this former President and his political ideologies and practices?

American citizens, politically active or otherwise, often have a personal opinion of Trump and what took place during his presidency. The past few years have included instances from a transgender ban in the military and separating immigrant or refugee children from their parents, to a trillion-dollar tax break for the overwhelmingly wealthy and an alleged failure to address a global pandemic.

However, personal opinion is separate from an academic assessment of a political leader’s actions during their respective tenure.

Recently, several Portland State professors gave a brief, albeit informative, assessment of the 45th president’s activity while in office, within the sphere of their individual area of expertise and study.

This is by no means an exhaustive analysis of Trump’s time while leading the nation. This is a brief elucidation of how one could assess the policies and impacts, negative or positive, of the previous administration.

Professor David A. Horowitz, Ph.D., a prolific educator at PSU in the History department who focuses on U.S. cultural and political history—especially 20th century and populist expression—delineated quite clearly how Trump’s presidency could possibly be viewed.

“For historians who appreciate the 250-year-long span in which Americans have sought ‘a more perfect union,’ [Trump’s presidency] ranks as the nation’s most demoralizing chapter. It has made a mockery of the Founders’ aspiration that a coherent and rational government can rise above personal interest to act for the public welfare.

To build a political movement designed to tear apart the democratic fabric which voters assign leaders the responsibility to uphold is among the worst of crimes. It is only surpassed by those of a sadistic demagogue who has pandered to the very worst xenophobic and intolerant remnants of our national psyche.

To say that Trump is the worst president in American history suggests a comparison that elevates him far beyond his sorry and pathetic station. Beyond that, he will not be remembered.”

“The Trump presidency has already been skillfully characterized by academia. Readily, I can note just one example of the many that could be cited.

In her several books, Professor Ruth Beth-Ghiat of New York University has focused on the personalities associated with those seeking to construct authoritarian regimes. Her insights into Benito Mussolini and his switch from posing as a democratically elected leader after three years in power, to El Duce, a dictator espousing what he introduced to Italy and the world as ‘fascismo,’ is comparable to our recent president, who went into office with an election and over time endeavored to apply his powers towards transforming the presidency into an authority operating beyond the controls of the legislative and judicial branches of our federal government.”

Bruce Gilley, professor of political science, who focuses on urban and public affairs in the Mark O. Hatfield School of Government, stated:

“The academy has veered sharply to the Left since the 1960s, and since President Trump positioned himself unapologetically on the Right, the academy will classify him under all sorts of pejorative labels, as they did George W. Bush, Ronald Reagan, and Richard Nixon.

So, the academy’s judgement on Trump is not very interesting, other than a reflection of the extreme intellectual monoculture in the academy. The more interesting question is how the academy will classify the 74 million Americans who voted for President Trump in 2020.

While potentially aware of the arrogance and elitism of dismissing half the electorate as racists, deplorables, or idiots, the academy has so far indicated this is precisely how it will classify Trump voters in its assessments. Again, this speaks more to the crisis of intellectual integrity, objectivity and legitimacy in the academy than to anything else.”

“As an economist, my temptation is to stick to economics. However, doing so would ignore the elephant in the room: an armed insurrection in which participants were goaded by President Trump to intervene to undermine the democratic process.

So, I will not get into the weeds of individual policies enacted by President Trump, some of which I agree with. Rather, I would like your readers to think about why democracy which, of necessity, implies the peaceful transfer of power is important to the economic wellbeing of citizens.

One of the most famous economists, Amartya Sen, proposed that famines are the result of a lack of democracy rather than a lack of food. A government that is responsive to the people will ensure that the food supply is maintained. Daron Acemoglu of Massachusetts Institute of Technology has studied the link between democracy and economic growth and found that democracy promotes an substantial increase in economic well-being.

Lastly, riots and other types of disorder create an environment that increases business uncertainty. I believe that history will remember the insurrection and forget the specific economic policies that President Trump enacted.”

Each of those categories speaks less about the individual in office and more about the political circumstances and coalitions that led them to power. Many scholars have classified Trump as a disjunctive president, one who comes to power at the end of a political era, representing the final gasp of a previously dominant split between the political parties.

Others, though, have characterized Trump as a reconstructive president—one who fundamentally changes and resets the divisions between the political parties, creating new electoral coalitions that will last well into the future.

Which is true? We don’t know.

The lesson from this is that it is almost impossible to make this characterization in the moment. We need to see what happens in the years that follow to truly understand the impact of his presidency on the underlying political landscape.”

Joshua Eastin, Ph.D., an associate professor of political science in the Hatfield School of Government, said:

“If the question is ‘where will [Trump] rate on the best/worst president scale,’ then I don’t think it’s a stretch to predict that he will vie with James Buchanan for the bottom spot. What is harder to predict is whether his presidency will be viewed as an aberration of ‘business as usual’ in U.S. politics, or as the embodiment of and impetus for a new anti-democratic socio-political movement, one rooted in deference to a charismatic leader and exclusion of non-believers rather than some unifying ideology.

The answer will hinge on the success of Trump’s elite followers—Gaetz, Hawley, Nunez, Jordan, Taylor-Greene, for example—at harnessing disinformation to build on and exploit the outrage of Trump’s core base of support; their ability to draw on the levers of power to disenfranchise political opposition and their canniness at maintaining what could be a key foundational myth—that of a stolen election.

It will also depend on the willingness of non-Trumpist Republicans to confront and counteract these efforts, as any Trumpist attempt to form a new political party is likely to fail.

The sentiments Trump drew upon to attain the presidency—racial and class-based animus, demonization of outsiders and retreat from international alliances and entanglements—have always existed in U.S. politics and always will. So has the willingness to use disinformation—the deliberate dissemination false information—to attain (or maintain) power.

The difference is that we had yet to witness all these forces manifest so fully and completely in the Office of the President. I am heartened by the resilience of our democratic institutions in thwarting Trump’s attempts to stay in office. At the same time, I am horrified at the willingness of so many in the Republican party to assist him in doing so or to simply look away, especially because the continuing durability of our institutions rests on a shared commitment to maintaining them.