This is my sixth consecutive “back to school,” at least in terms of college. Officially, I am on the five-year plan. You may think I’ve failed math, which indeed I have, twice. Some of those back to schools were abortive. I had to leave school for a family emergency one year, along with a few term long vacations, as well as a string of failed courses.

Statistically, I’m normal. It’s taking more and more time to finish college (probably because of things like exorbitant costs and University Studies). I’ve officially changed my major three times and my career goals countless times. Currently, my plan is to impose myself on the legal world. I need some way to pay off five years of school.

When I started college at the University of Oregon in 1996 I was totally idealistic. I bought every book for all of my classes before class started and I went to every class every day. That includes my 8 a.m. writing 121 class. Of course, by the time spring term rolled around, I got wise and learned to selectively attend my classes. I failed Conceptual Physics.

Back to school was fun the first few years. It held the same sort of excitement as back to school in high school, new clothes, new people, new parties and new boys. Freshman year held the excitement (and sometimes horrified disbelief) of sorority rush and just being out of Klamath Falls and away from my parents in my very own apartment. I’m too good for dorms.

At any rate, once I had pledged a sorority, my social calendar was filled for me and I was saved the agony of trying to find some normal people in that stinky, hippie-filled haven. My fall was filled with barn dances, fraternity parties, football games and all the traditional crap you associate with the typical white-bread college experience.

Freshman year turned out to be my most halcyon time in college. I yearn for the simplicity of those days.

My first sophomore year was not a long one. It started out well enough, being on the other end of sorority rush. That was weird. Leaning out of our front door, screaming “I wanna be a D-D-Delta girl, I wanna be a D-D-Delta girl…” in the hopes we’d impress frightened rushees. We sophomores learned to serve endless glasses of water to the rushees (“with lemon or without?”) and sit with our legs folded femininely underneath us on the floor as we tried to figure out whether or not this rushee belonged here.

Rush was a hellish whirl of five days. Each day you had to wear an outfit proscribed by the Panhellenic Rush Committee. All the sororities dressed alike for each of the days. The first two days were khaki shorts with the crappy rush t-shirts, all of which I still own. The third and fourth days you wore jean shorts with your letter shirt.

Letter shirts were t-shirts with our sorority letters sewn on in big, four-inch letters. We large breasted members were a bit self-conscious of having made the Deltas on our shirt three dimensional. The middle Delta was lost in our cleavage and the outside Deltas proclaimed themselves uncomfortably, as we showed the rushees our enormous, beautiful house.

The last day was Preference Night. This was the last night for us and the rushees. We were glad, the rushees were nervous and scared. We had to dress up in black dresses and nylons since they were required. We stood at the French doors and held candles and sang to the rushees as they came to the doors. We only let the good singers sit in the front. Sitting in the front was dangerous, because sometimes the girls standing behind you would slop candle wax down the back of your dress, or worse, singe your hair. We’d feed the rushees a little snack and tell them why we loved being Tri Deltas. In all honesty, it was my favorite night because it gave me a little reminder of why I was there.

Then we’d spend a long time arguing over which rushees would be invited to join. I won’t detail that here because it’s a secret, and a boring one at that.

The next day was Bid Day where all the girls we’d invited to join came and we had a barbecue and sisterhood activities. We’d give them Bid Day shirts (all of which I still have) and we’d take them out to have fun. Boys and Booze were strictly forbidden on Bid Day.

That was the extent of the excitement my sophomore year. I got elected to be the Panhellenic Judicial Chair and then I got teargassed at the annual Halloween riot. Then one day someone called me and told me my mom was going to die. I decided to leave school at Thanksgiving.

I was out of school until the next school year. I wasn’t really ready to come back to school, but I couldn’t stay at home either. My dad and sister were driving me nuts.

For my second try at a sophomore year, I went through another round of rush and got a Little Sister. A Little Sister is someone you take through initiation and sort of mentor through her college years. My Little Sister is now one of my best friends.

My academic performance was on a very serious decline. I failed nearly everything except Chem Lab. The Scholarship Chair in my sorority was riding my ass most unkindly. I had to tell her to fuck off more than once. Winter term was a repeat performance of fall term. I was tired of the U of O by then, because I was having trouble with the financial aid and registrar’s office. They were having a hard time believing my mom was dead. Like I’d make that up for fun.

And so I came to Portland State. It was nice to go somewhere where I didn’t know anyone, no one cared which sorority I was in or any of that crap. I didn’t know what I was going to do with myself socially, but at that point I was so glad not to be at U of O, I was content to sit at home nights and watch TV.

I started writing for the Vanguard over the summer. I applied after I saw they had published a large picture of a scrotum on the front page. I wrote a smart-assed application and never expected to hear back. Obviously, I heard back.

My grades got better, and I became a more normal person. I actually got a report card last year with all A minuses on it. The only C was in my last name.

But as I get older, the first day of school is, more or less, a non-event for me. This being my last year, I’m approaching it with more anxiety and relief (paradoxically) than anything else. I am close to finishing, and then there’s a big, yawning gap called The Future, after I finish. Of course I have a Plan, but I am not sure I want to implement The Plan right after graduation. I do want to go to Law School, but I am not sure I want to do it right away. I feel the need to obtain a passport and flee to East Asia to teach English and hide from most of my responsibilities for a while.

If you see a girl with big hair vomiting in the ladies room the first day of school, it is not because I’m a freshperson afraid of the big scary seniors, it’s because I AM a senior and that’s the scariest thing in the world. 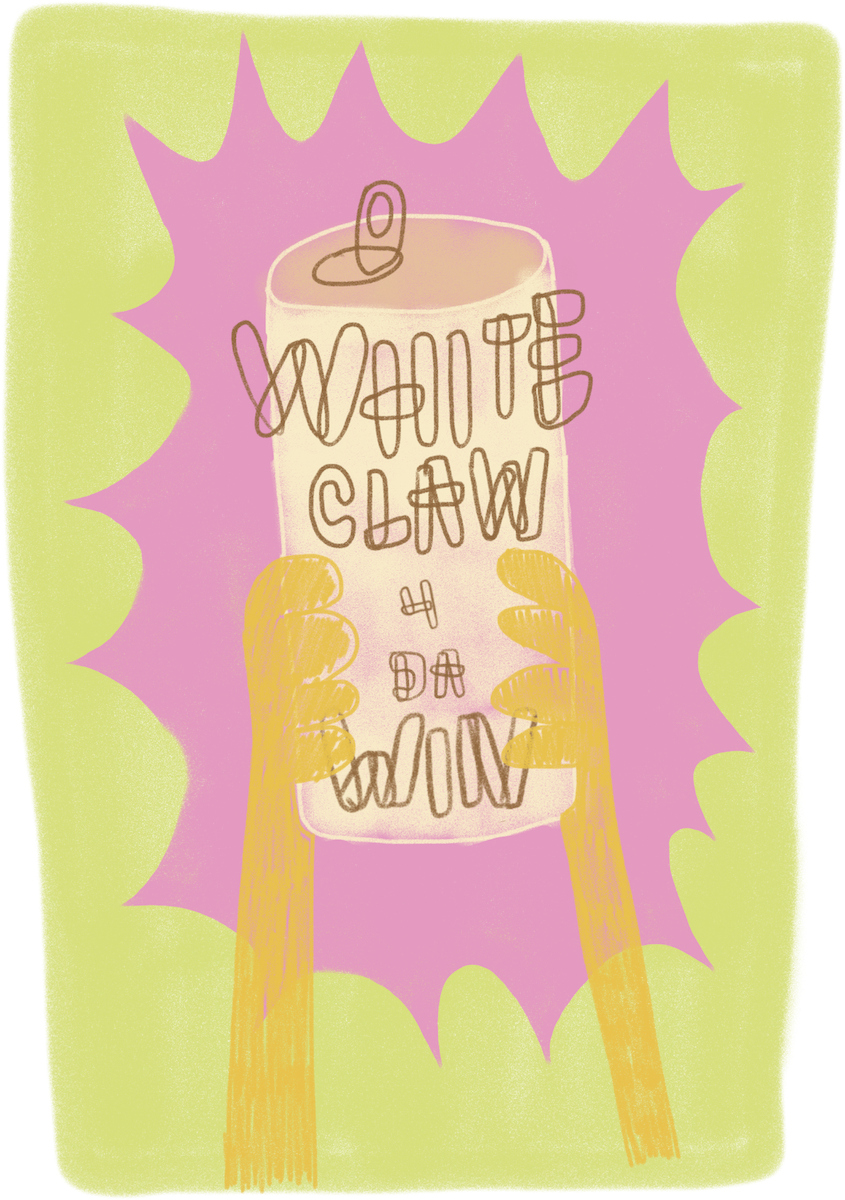