Portland State will unveil the latest step in its high-tech development with the dedication of the Electron Microscopy Facility this Friday, February 13th, at 10 a.m. in Science Building 1. The centerpiece of the facility is a $1.5 million transmission electron microscope capable of viewing images at the atomic level.

The effort to create the facility was spearheaded by Dr. Jun Jiao, PSU physics professor, and sponsored by the PSU physics department, the College of Liberal Arts & Sciences and the College of Engineering & Computer Science. The TEM was purchased last year from FEI Company, based in Hillsboro, a worldwide company that specializes in electron microscopes with applications in the semiconductor, data storage and biology industries.

A TEM works similar to a slide projector, but on a much smaller scale. In a slide projector, light is beamed through a slide and only some of the light goes through – other parts are blocked by the image itself. An enlarged slide image is eventually projected onto a screen.

A TEM works the same way, but instead of light there are beams of electrons, and instead of slides of vacation pictures there are samples of atoms. Electrons are projected onto a special kind of screen, called a phosphor image screen, which generates light based on how many electrons hit it. A darker area would indicate where more electrons were able to pass through the sample, indicating it’s less dense, whereas a lighter area would mean that area of the sample was thicker and didn’t allow as many electrons to pass through.

TEMs can give scientists lots of information about a sample, including how the surface looks, what it’s composed of, and how atoms are arranged inside it. Light-based microscopes are limited in the amount they can magnify images. TEMs and scanning electron microscopes (SEMs) can enlarge samples enough to see the detail inside cells.

Physicists use TEMs in a wide variety of research topics, including semiconductor development, crystallography and metallurgy. TEMs are also used as diagnostic tools in hospital labs since they can “see” on a cellular level.

The dedication ceremony is Friday at 10 a.m. in Science Building 1 Room 107, and tours of the facility will follow. A technical symposium is scheduled for the afternoon in Shattuck Hall. For more information on the Electron Microscopy Facility, visit the Physics department at www.physics.pdx.edu or call 503-725-3812. 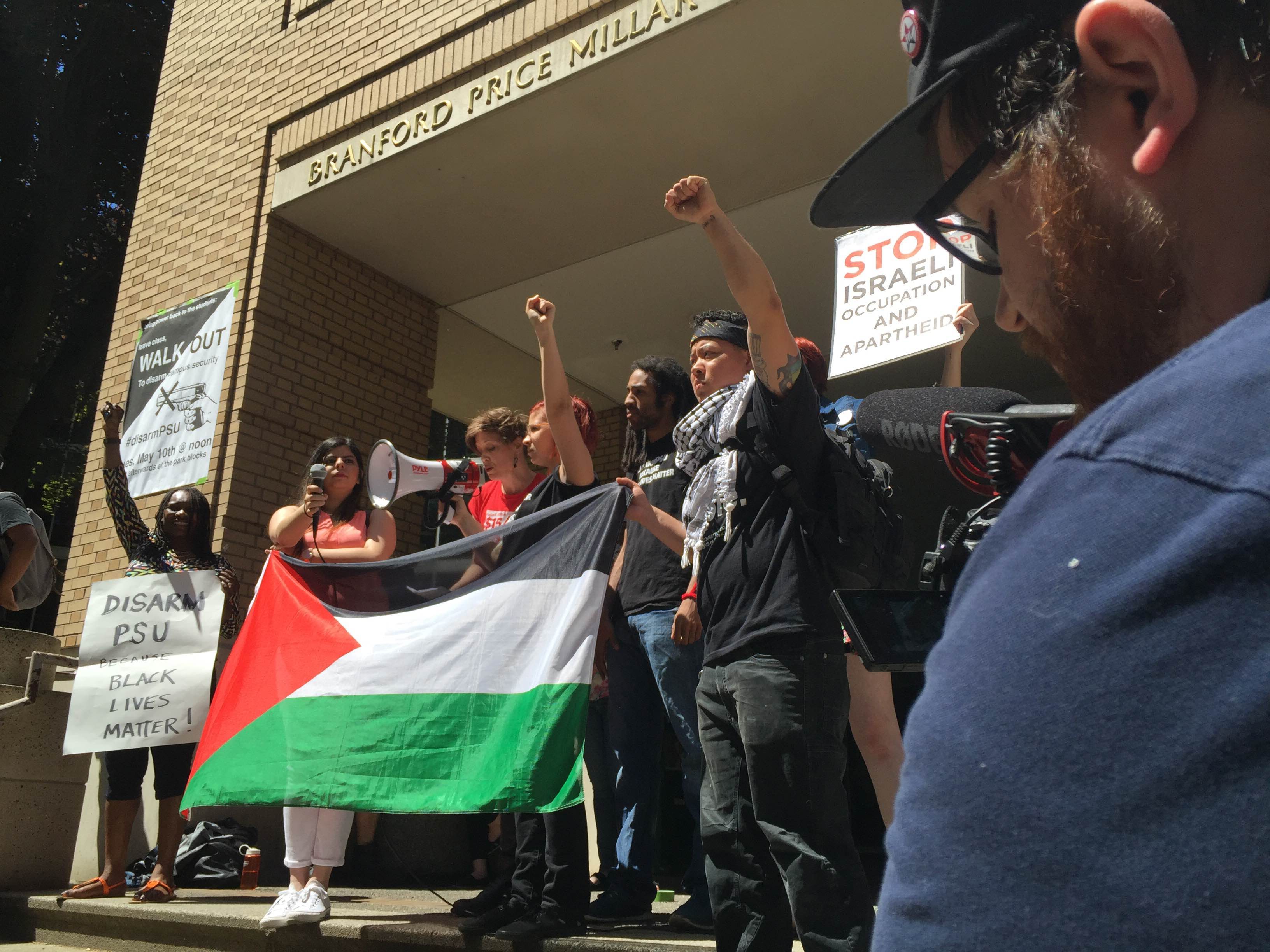