The Portland City Council stated in a letter to the city’s bureau directors Monday the I-5 Rose Quarter Project was “no longer aligned with the city’s values,” ordering a halt to all operations by city staff in relation to the project, according to OPB. “This includes attending meetings, providing technical support or responding to project emails. Any resumption of City staff services will be at the direction of the Portland City Council,” the letter stated. The project, intended to expand the stretch of I-5 between interstates 84 and 405, lost the support of many local leaders in recent weeks, notably the Albina Vision Trust representing Portland’s largest Black neighborhood, according to Portland Tribune. City Commissioner Chloe Eudaly, who oversees transportation in Portland, stated, “ODOT did not seem to grasp the concept of restorative justice, and we were unlikely to achieve the outcomes we were seeking,” according to Willamette Week.

The Oregon Court of Appeals held on Wednesday that Eugene resident Jones Hollister had a right to apply for a legal change of sex to nonbinary, reversing a decision by a Lane County Circuit Court judge last year, according to AP News. Hollister said of the decision, “I’m thrilled for not just myself but for all nonbinary Oregonians. When I saw that the Court of Appeals had reversed the decision to refuse me a nonbinary marker, I honestly cried,” The Oregonian reported. The ruling requires all circuit court judges in Oregon to grant a nonbinary legal gender marker if a person has followed the legal process to make a that gender change, according to OPB.

AP News reported the Oregon Court of Appeals affirmed Thursday a Portland law requiring landlords to pay tenants’ relocation fees if they are evicted without cause or if their rent increases at least 10%. Presiding Judge Darleen Ortega affirmed the ordinance did not violate state law or the state constitution, and referred the case back to the lower court to issue a judgment in the city’s favor, according to The Oregonian. The circuit court had previously dismissed the lawsuit, brought by landlords Michael Feves and Phillip Owen, according to The Skanner.

After President Trump released an order to prevent what he called “violent mayhem” in cities across the country, the Department of Homeland Security has deployed officers from more than a half-dozen federal law enforcement agencies to Portland, armed with tactical gear to prevent “violence and vandalism” during protests, AP News reported. According to Willamette Week, Deputy Chief Chris Davis of the Portland Police Bureau said in a Wednesday news conference, “That wasn’t something that we asked for. I don’t have authority to order federal officers to do things…we’re in charge of our assets, and they’re in charge of theirs.” He noted that PPB does not coordinate with federal agencies. 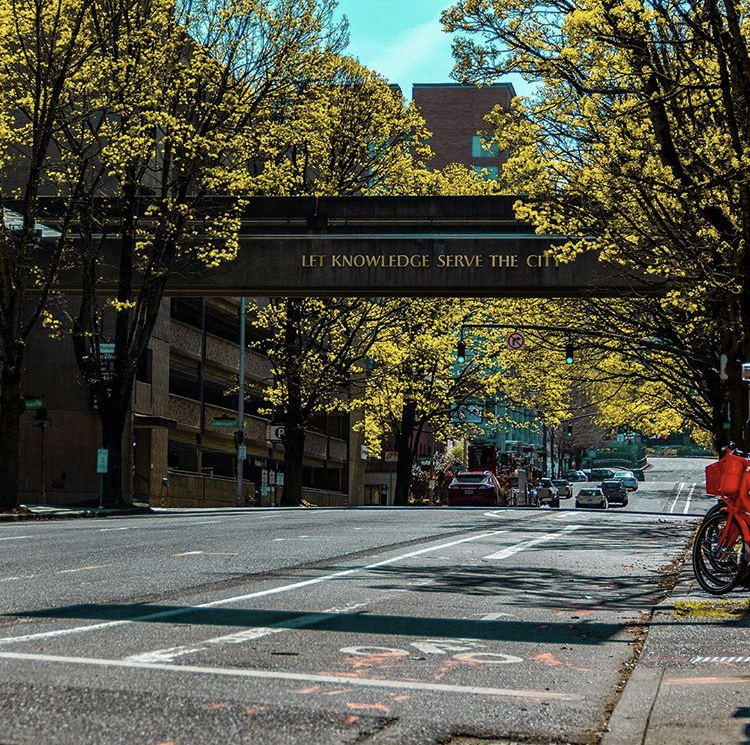