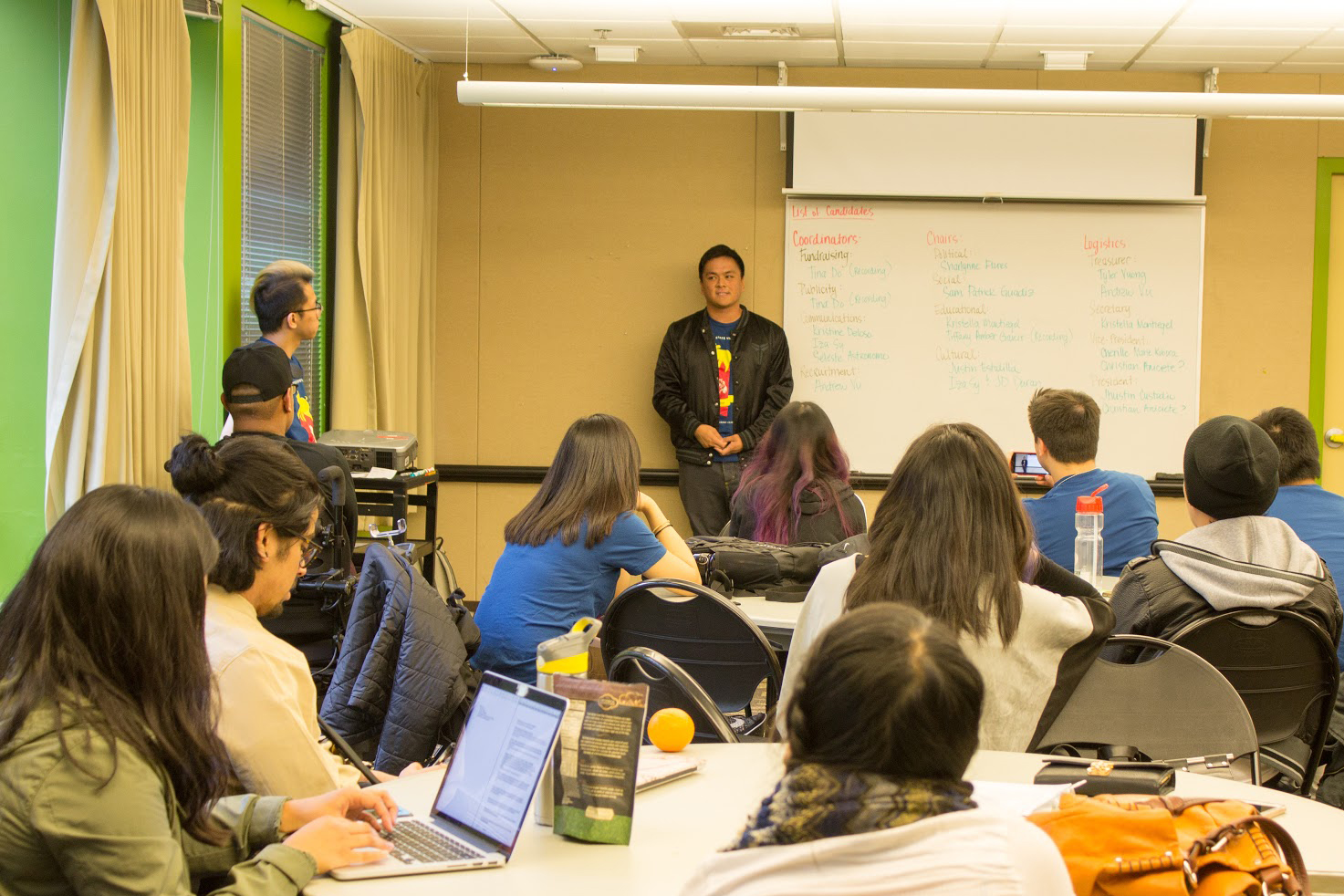 Filipino American Student Association Kaibigan held a discussion in the Smith Memorial Student Union on May 26 to elect next year’s executive board for the organization.

During the meeting, the nominees answered questions regarding why they are running as well as what they hope to bring to the organization if elected.

Patrick Guile, who is the current president of Kaibigan, lead the discussion.

“I have been a student leader with this club for three years now, and I think it is safe to assume that I have had my fair share of ups and downs, but I had a really good time,” Guillen said. “I found a second home with these folks. I’ve built up great relationships and great friendships.”

Guillen also shared why he believes student organizations such as Kaibigan are so important.

“I just want the greater PSU community to know how influential and how important the student organizations are,” Guillen said. “I think student organizations like this should be better represented within PSU, because if you think about it these are students that give up their time, their sweat, their tears [and] their hard work to put up events for their fellow students. It’s an honor to be a student leader because we get to help out those who are not represented. We get to be the voices for those who may not have a voice.”

Izabella Sy, who is running for co-cultural chair with John David Duran, is an international student from the Philippines. She spoke about why she is a member of Kaibigan.

“To me it’s very comforting being around people that share the same culture as I do, especially because I am far away from home,” she said.

Her partner in the elections explained what they hope to achieve if elected.

“I really want the organization to grow,” Duran said. “I remember a few years ago Kaibigan was the student organization of the year for PSU, and I would really like to bring that back. There is always room for improvement, and that’s my goal for Kaibigan.”

“Growing up within this community has really empowered me as a Filipino American; I am able to talk to my parents and share culture with them. I am learning about the situations that they faced, and what the people of the Philippines still face today,” Roboca said.

The last speaker was Jhustin Custodio who is running for president of Kaibigan. He expressed his personal experiences and the importance of knowing where he’s from.

“Aspects of Filipino culture weren’t really emphasized in my family, it was a difficult topic, and so being involved with Kaibigan has really helped to connect me with my roots,” Custodio said. “I feel like I am a representative of someone that has really felt that unification and empowerment as a Filipino American. And I want to make the biggest impact I can as president, to make sure that Filipino American students on campus can also feel that unification and empowerment that I felt.”

The results of the election will be made public on June 9.