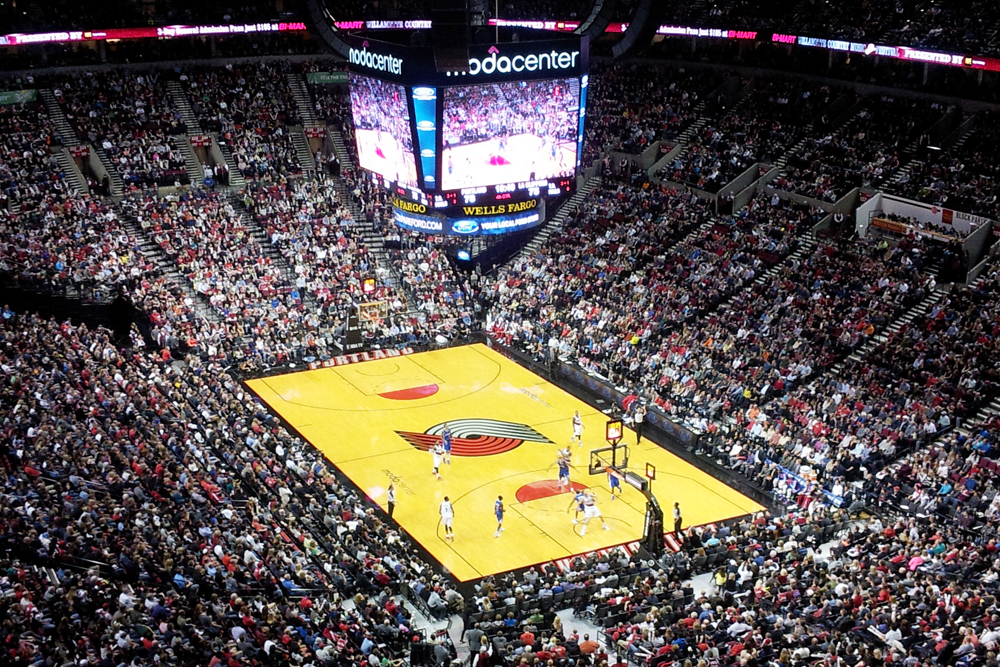 After a season where the Portland Trail Blazers won 54 games and broke a 10-year curse by advancing past the first round of the playoffs, it’s staggering that this incredible performance near the midpoint of the 2014 season has been a surprise to fans and analysts alike.

Blazers fans, year after year, resemble a fan of Breaking Bad who stops watching after the third season, not wanting to risk it on what they assume will be the show’s eventual fall from grace. We have become so accustomed to letdown that it sometimes feels like the entire town is holding their breath, until Portland’s basketball team drops some games and, eventually, in the standings.

This feeling isn’t entirely without merit, as we had the to be the firsthand witnesses to one of the biggest busts in professional sports—when we drafted Greg Oden number-one overall ahead of recent MVP Kevin Durant in the 2007 draft. Going into the 2008 season, Blazers fans were hanging their hats on what was expected to be years of playoff appearances fueled by former Rookie of the Year Brandon Roy and Greg Oden.

Fast forward four years to the 2011 season and expectations for a promising Blazers team are scarce. The fan base continually let down due to four failed knees and a baker’s dozen of arthroscopic surgeries. Oden played just a total of one full season during his tenure with the Blazers. While fan favorite Roy announced his first retirement due to nagging knee problems.

The 2012 season marked a drastic drop off for already dashed hopes. LaMarcus Aldridge rose to team leader, but the experiment of renting Jamal Crawford failed to produce results. Raymond Felton was in the worst shape of his career, and Gerald Wallace painfully struggled to find his fit with the team. Fan hopes sank to a 10-year low.

The Blazers heat up

Team management altered media campaigns and officially moved into rebuilding mode by shipping off assets for future draft picks. One of these moves may eventually be regarded as one of the most lopsided deals in the modern era, as Gerald Wallace was traded to the just-rebranded Brooklyn Nets for the sixth overall pick in the 2012 NBA draft.

Casual NBA fans responded with a resounding, indifference. Being the only college senior selected within the top 10 since 2006, Brandon Roy, it’s easy to see why Lillard was relatively unknown.

Coming from Weber State, a school not known for professional talent, many had questions about the level of play Lillard faced, pointing to issues with his assist to turnover ratio. Either way, the Blazers decided to gamble on what was described as a “shaky guard who would rather score than get his teammates going,” and the rest is history.

Most Portlanders know of the unanimous Rookie of the Year award, All-Star and All-NBA selections that followed.
Within six short years, fan and team hopes have fluctuated from playoff highs to lows of Western conference bottom feeders, and now back up to possible Western Conference Champions and a chance at the NBA championship.

Keep your eye on the lineup and win a prize: a little much needed hope in the Blazers

Damian Lillard and LaMarcus Aldridge have been instrumental in leading the team to match, now surpassing the blistering start from last season on to top 10 rankings to both offensive and defensive ratings. We must question whether this is a team being carried by a fearless point guard (who commonly takes 29-foot pull-up threes) and a forward (who takes the second most long two point shots in the game, only behind Kobe Bryant). Blazers fans have lamented for years that our best players don’t get the recognition they deserve, yet we continually fail to recognize the impact of the players we have.

Frenchman Nicolas Batum was drafted at the back end of the first round, where selections are most commonly assumed to be contributors off the bench. In his six years with the team, he has become a proven starter at small forward capable of contributing to every section of the stat sheet. In fact, Batum commonly rivals Lillard for the most assists on any given night and flourishes when involving his teammates. Though some will claim a dip in productivity this season, Batum has actually increased as of late and looks to play some of his best basketball in the backend of the season.

In the years following the collapse of the vaulted Oden, Blazers coaches struggled to fill out the center position. Lineups fluctuated between aging veterans or attempts to run Aldridge at the five, a position he has detested for years.

Enter Robin Lopez, a player that has always showed promise, but rarely given consistent minutes to prove the impact he can have for a team. RoLo, as he has been affectionately dubbed, by an adoring crowd was traded to the Blazers before the 2013 season to round out a strong frontcourt as a banger down low that could create second-chance opportunities for the other four Blazers.

In his first season, RoLo broke the Blazers’ single season record for offensive boards and allowed Aldridge to play his true position of power forward. Fans look forward to his return this month from a fractured hand that has kept him out since Dec. 16.

Being the most consistent Blazer, Aldridge was drafted second overall in 2006 (the same year as Roy) and has certainly performed up to the draft position. Though Aldridge may be the only Blazer who, at face value, had top-shelf expectations, he receives little national attention due to his style of play based on 11-foot jumpers and a solid post-up game. Aldridge had emerged as one of the top three power forwards in the NBA, with three consecutive All-Star appearances and his first All-NBA team selection. The team looks forward to holding close to Aldridge for the remainder of his prime.

The underground stars to keep an eye on

Finally, the most surprising Blazer of all: Wesley Matthews. Entering the league in 2009 after going undrafted from Marquette University, he was signed to one-year deal with the Utah Jazz. Rarely, if ever, do undrafted players make an NBA roster, let alone become a starting piece. Wesley signed with the Blazers in 2010 and quickly became one of the best SG/SF defenders in the NBA with the ability to lock up legends like Kevin Durant, Kobe Bryant, and Lebron James.

Though the likes of Klay Thompson and Steph Curry in Oakland, John Wall and Bradley Beal in D.C., and Jimmy Butler and D. Rose in Chicago get all the attention, Dame and Wesley here in Portland cannot be overlooked as one of the best current NBA backcourts. In fact, the Blazers’ two guards, Wesley and Damian, are currently one and three in total three pointers made this season, respectively. They are outshining even the fabled “Splash Brothers” of Golden State.

This is a team that isn’t simply carried by possibly the clutchest player in the game (Lillard) or arguably the best PF currently playing (Aldridge). The Blazers have turned around  their fortunes, thanks to the unsung players that they’ve amassed. They have found talent in the unlikeliest of places, whether it be the bigs that other teams were glad to let walk, guys that were undrafted or even the scraps from other teams (Thomas Robinson, Chris Kaman, or another round with Steve Blake). There is reason to again root night after night for our Blazers, a team that is receiving little national attention (even when they lead the league with 30 wins!).

Time to stop holding your breath, Portland. These Blazers are worth rooting for. 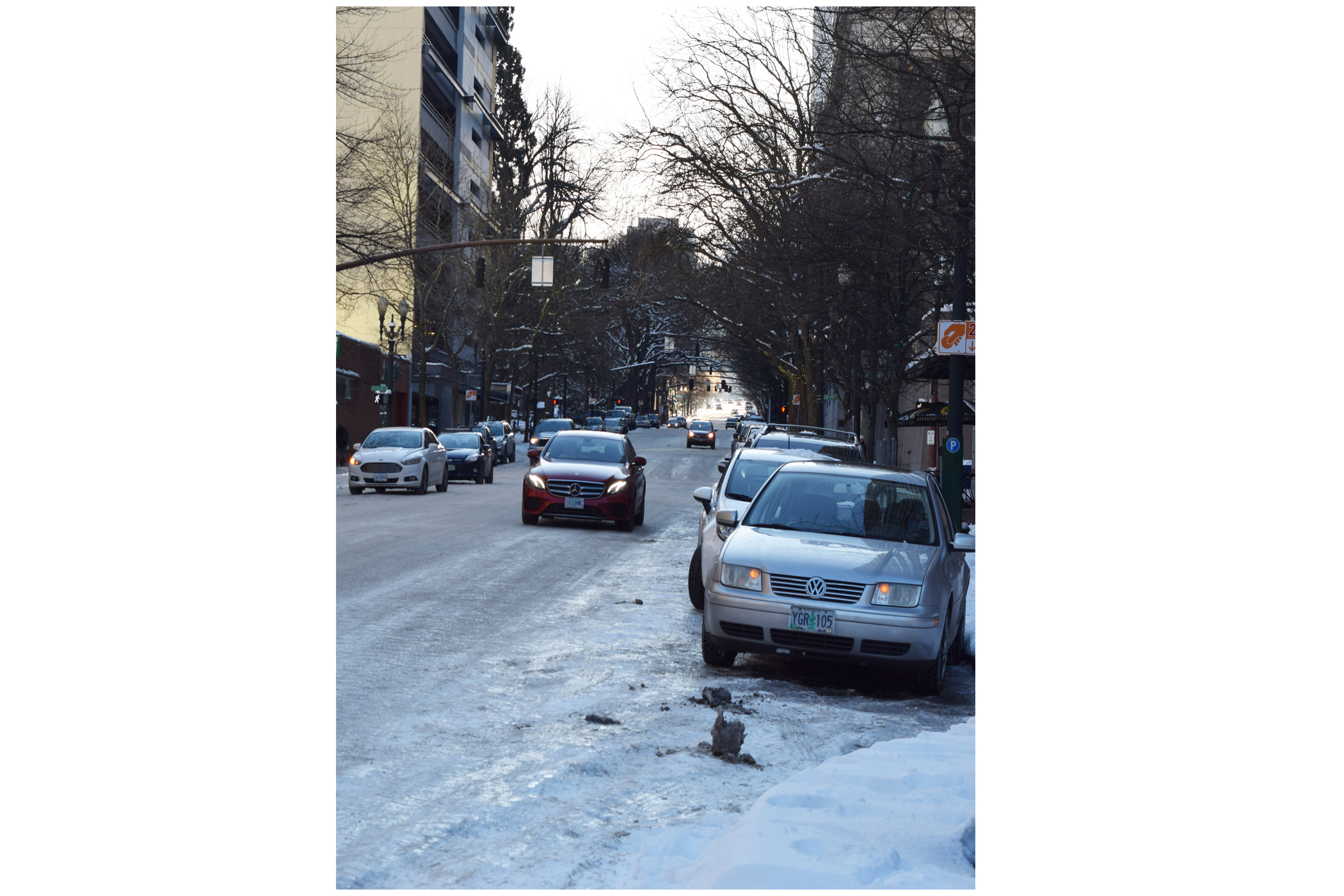 Driving in Portland: Are you wasting money?