Although it’s a single errant nipple that seems to be rocking the major media outlets across America, there’s plenty of real rocking going on as well. The music world cannot be overshadowed by one miniscule areola, and artists worldwide have happily ignored the ridiculous spectacle that threatens to surpass every other event in the nation. America’s children saw a breast? Oh no! They sure didn’t suck on one for the first few years of their life! And over half of them definitely aren’t going to grow up and have two of them attached to their chests! Anyway, aren’t breasts wholesome? I thought they were, being the source of babies’ sustenance and all. In any case, much has happened in the music sector in the past couple of weeks, regardless of any miscreant mammary mishaps.

– It turns out that Janet Jackson’s breast isn’t the only thing under attack by the FCC. The group’s ringleader, Michael Powell, is seeking to reverse a decision made by the FCC last year that absolved U2 singer Bono of blame for an on-air utterance of “fuck” in 2002, declaring profanity use “…abhorrent and irresponsible.” Several conservative politicians have rallied behind him and are calling for a tenfold increase in fines for broadcasters who violate guidelines. Something about this seems a little abhorrent and irresponsible and, surprisingly, it’s not Bono.

– My Bloody Valentine is rumored to be working on two box sets and a DVD, aiming for a late 2005 or 2006 release. The first will include remastered early EPs and an expansive live compilation covering 1984-1997. The second set consists of outtakes and alternate versions, including material from 1990’s unreleased EP, Glider, plus more remastered EPs and a three-disc live compilation. The DVD would feature all of the band’s music videos, live footage, interviews and home camcorder footage. Don’t get too exited; none of this is official. Even so, it’s still worth a little bit of hoopla.

– The already amazing lineup for the Coachella Festival this May has swelled even more with the addition of The Rapture, Belle and Sebastian, Le Tigre, Mogwai, Desert Sessions and Q and Not U. This makes Coachella the music event of the year in our part of the world, since it already boasts the reunited Pixies. Even though it’s expensive, the cost of seeing all the great bands in the festival individually could bankrupt Halliburton, so, if you look at the big picture, it’s not really so bad.

-’60s pop/psych group The Zombies may be no more, but Colin Blunstone and Rod Argent, two of the founding members and principal songwriters, will be reuniting and touring the US and England. Although the nearest they come to Portland is San Francisco, some of you who are kicking yourselves for missing them when they played at Dante’s a while back might consider a little road trip to the Bay Area worthwhile.

– Even though Dave Grohl’s metal project, Probot, has been gathering more attention and press than all of his other musical activities (and with good reason – it’s pretty wicked), Queens of the Stone Age have been weathering some turbulence. (Grohl stepped in as drummer on their third album, Songs for the Deaf, and toured with them after its release.) Bassist Nick Oliveri has left the group over “a number of incidents,” as the band’s management puts it. Sometimes-singer Mark Lanegan has called it quits with the group as well, citing the need to work on his own album Bubblegum, which will be released late this spring.

– In other metal-related news, Ozzy Osbourne has been awarded the Godlike Genius (?!) award at the NME awards presented by British publication New Musical Express. Ozzy was too sick to accept his award in person, however, and gave his acceptance speech by video. Unfortunately, the award failed to specify that some of Ozzy’s material was better characterized by the phrase Godlike Sucking. Other award winners included Radiohead, whose Hail To The Thief received Best Album, and Dizzee Rascal, who won the Fuck Me! Award for Innovation.

– Bob Dylan will be the subject of a new biographical picture, which should feature his music and an actor lip-synching along with it. Unfortunately, the movie will be made by Hollywood giant Paramount. The working title for film is “I’m Not There: Suppositions On A Film Concerning Dylan,” and it is not expected to star the musician. The final picture will likely be titled “Steven Seagal is: Like A Rolling Stone” and will concentrate on Dylan’s stint as a member of the elite anti-terror squad Team Apache.

– So you painstakingly wrote out an essay to Beck, detailing why you should be the caretaker of his bunny Rocket? Unfortunately for you, the contest offering Rocket (who appeared in the music video “Lonesome Tears”) to the author of the best essay has been canceled due to “technicalities,” a statement on Beck’s official website said. Apparently, an obscure section of California law prohibits the awarding of live animals as prizes in a competition. As such, Beck has decided to hand over Rocket to the Pasadena Humane Society to coincide with the ASPCA’s “Adopt A Rescued Rabbit Month.” Some animal lovers had also expressed concern about the rabbit’s safety with the winner of the contest, since there would be no way to verify the conditions under under which Rocket would live. “I wanted to apologize to everyone who had either taken part in or been upset by our recent efforts to find the best possible home for Rocket,” Beck’s statement read. “We thought we had made every precaution and secured every necessary clearance and authorization, but it’s better not to take chances and just give Rocket up to an appropriate and certified rescue organization.” As sad as this is, the animal lovers were probably right. Who knows what kind of person Rocket would have ended up with? 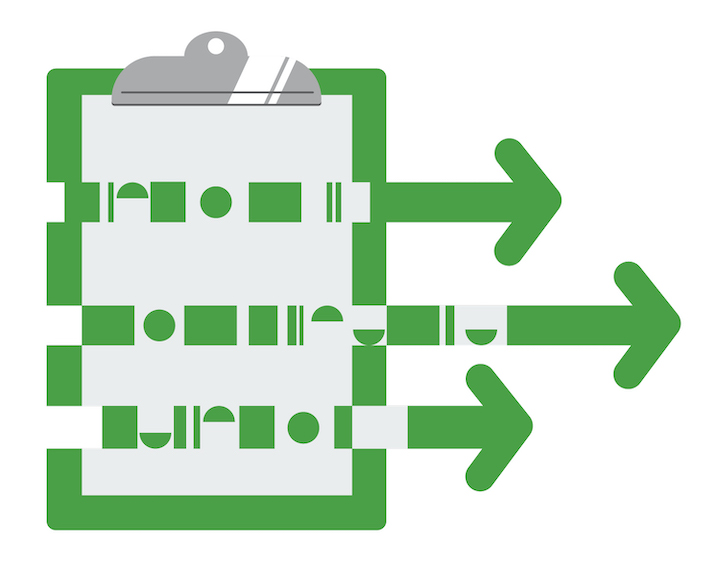 Artists collaborate for two nights of creativity at 5th Avenue