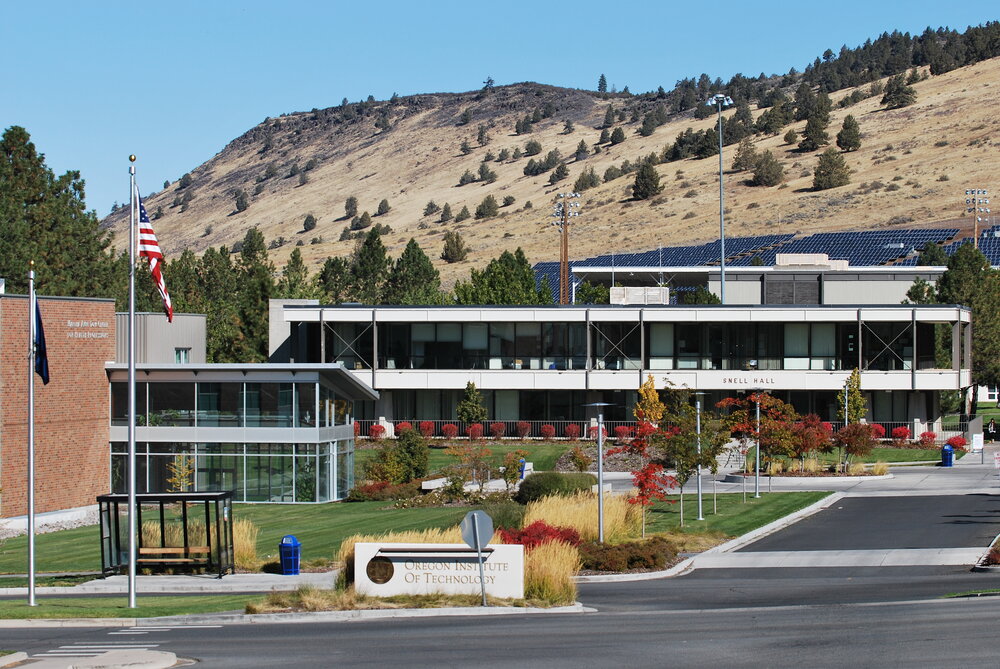 Update: As of Tuesday, April 4, OT-AAUP reached an agreement with the administration to negotiate a union contract, ending the Oregon Tech strike.

Faculty at the Oregon Institute of Technology (OIT) went on strike on April 26, marking the first faculty-wide strike in Oregon higher-education history. OIT faculty organized through the American Association of University Professors (AAUP) in 2018, making all four-year public universities in Oregon union represented.

The OIT faculty on strike are demanding fair wages, secure benefits and reasonable and clearly-defined workloads, according to a press release.

“We organized our union in record time and we’re the first faculty ever to go on strike in Oregon,” stated Mark Clark, professor of history and past OT-AAUP president, in a press release. “I hope Oregon Tech’s senior administration is prepared to negotiate a similarly historic contract.”

Negotiations for the first contract between OT-AAUP and OIT administration began in the fall of 2019 and continued for over 500 days. The administration declared an impasse on March 10. An impasse ceases bargaining between the parties; during an impasse, both sides present a final offer, and then a mandatory 30-day cooling off period is observed. After 30 days, management can unilaterally implement their offer, and the union is allowed to strike, according to OT-AAUP spokesperson Franny Howes.

At OIT, that 30-day period ended on April 17 but was extended to 6 a.m. on April 26. After a long night of negotiations and no agreement, OT-AAUP held a strike authorization vote which passed overwhelmingly, with 92% of voters in favor of the strike, according to a press release.

“We negotiated all night, up until 6 a.m. on Monday, and [OIT administration] were not able to meet us at a suitable offer, so we went on strike,” Howes said. “We have huge participation, and we will be on strike until we reach a contract.”

Faculty held pickets at the OIT campuses in Klamath Falls and Wilsonville throughout the week. As of April 29, no agreement has been reached. Erin Foley, Dean of Students at OIT, told Klamath Falls’ Herald and News classes will be covered by other instructors brought in from outside the university system, part-time faculty and full-time faculty not on strike. Both OT-AAUP and OIT administration are currently raising questions about the legality of the others’ actions.

“We are asking for a reasonable and clearly defined workload, not a lighter workload,” Howes explained. “We want to have a clear definition of how much work we are supposed to be doing for the compensation we’re getting, and to be protected from overwork.”

According to Howes, workload requirements in regard to teaching are well-defined; it’s the non-teaching work, such as leadership committee work and research and advising, that needs to be more clearly defined.

Howes, who is also an associate professor in the Communications Department at OIT and a student in Portland State’s Social Innovation and Social Entrepreneurship program, said at one point during the fall 2019, she went partially blind due to a stress-related migraine which she attributes to being overworked as a faculty member at OIT.

“I temporarily lost 50% of my field of vision, and it was terrifying,” Howes said. “We shouldn’t be asked to sacrifice our health to keep the university running.”

“What I understand is that [OIT administration] wants to put language into their contract that would allow them to unilaterally change the health benefits package of members,” said PSU-AAUP Vice President for Communications and Public Relations Emily Ford.

Ford also mentioned one of the perks of faculty positions at Oregon’s public universities is the quality benefits package provided by the Public Employee Benefit Board.

“That’s a huge problem that [OIT] would put in language their contract would enable them to change that,” said Ford.

“Faculty being fairly compensated for their labor translates into the success of students in the classroom,” Ford stated. “Faculty working conditions are student’s learning conditions.”

Kerns also said faculty well-being is essential to the success of a university.

“When faculty are treated well, the morale is better at the university, and [faculty] can focus their attention on doing their work as educators, and not on being overworked or working for wages that aren’t even close to market or on their health insurance,” Kerns said.

“Don’t see this as a callous act on behalf of the OIT faculty and think that they’re not considering students—they are,” Kerns continued. “They just were backed into a corner by [OIT administration], and they had to make that decision [to strike]. Hopefully OIT’s administration will resolve this so that faculty can get back into the classroom and serve the students.”

According to faculty union officials, Oregon is currently experiencing a crisis of leadership in higher education which is directly impacting the work of educators across the state.

“Faculty, public universities and the state of Oregon care deeply about the success of their students, and it’s not that people take going on strike lightly at all,” Ford said. “It’s a very serious issue, but it is a right that we have, especially when we are faced with leadership in higher education that is facing a major crisis.”

“We have this enormous crisis of leadership in higher education in the state of Oregon,” Ford said. “I think this strike that’s happening [at OIT] is very much related to that crisis, and that division between administration not understanding the day to day realities of the people in the ranks who are doing the actual work of teaching and serving students and all of the student needs.”

Howes said the fact that so many issues in Oregon higher education leadership are occurring at once suggests there’s a problem.

Kerns also noted the crisis of leadership in higher education in Oregon, mentioning the importance of showing up in solidarity for Oregon’s other public university unions, because “a good contract and a respectful relationship between management and faculty is important to set the stage for other universities for them to have similar, respectful relationships.”

The OIT administration filed a petition last week asking the Employment Relations Board to declare the faculty strike unlawful. The board dismissed the petition on April 29, according to a press release.

“We feel that the amount of public resources spent on litigation and replacement workers could easily have gone toward uplifting Oregon Tech faculty and their service to students,” said Christopher Syrnyk, an Associate Professor at OIT, in a press release. “Senior administration could end the strike today if they were willing and ready.”

Negotiations will continue on April 30. 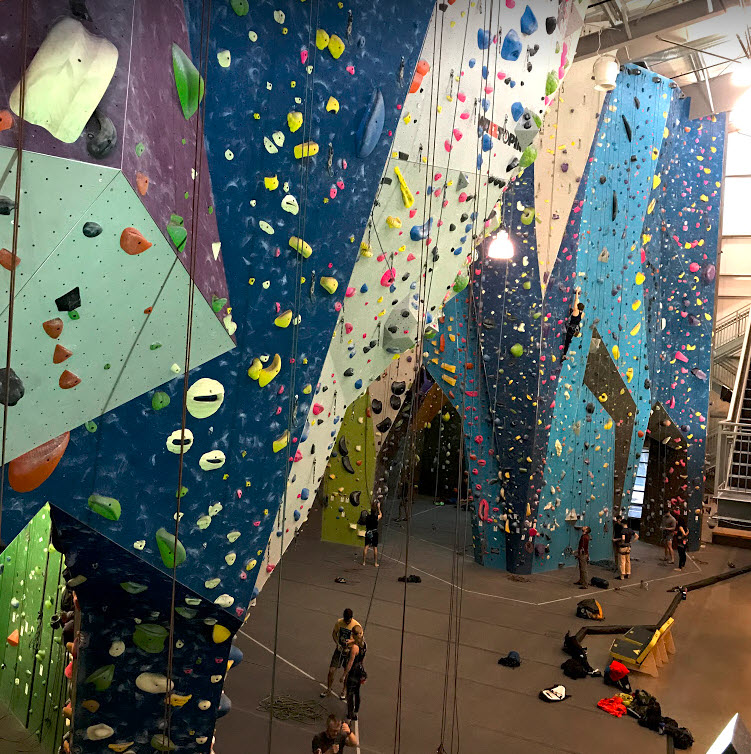 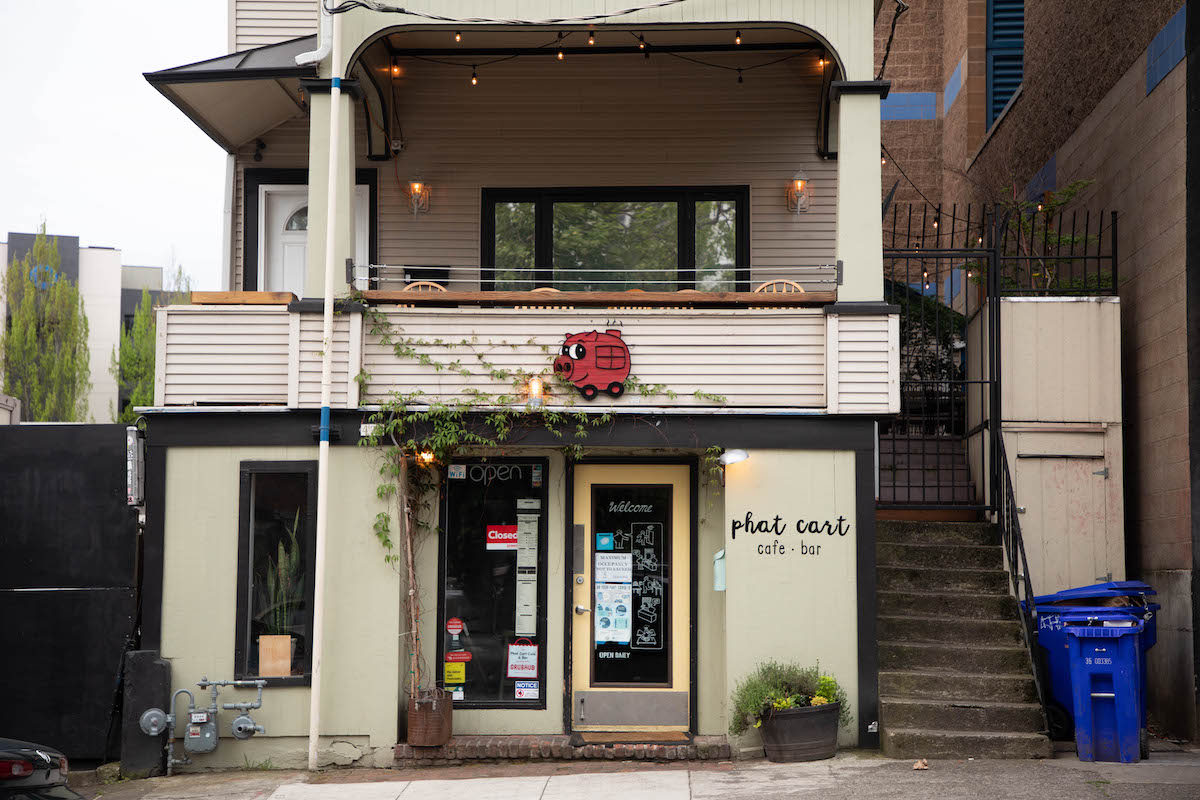 Standing up for academic freedom