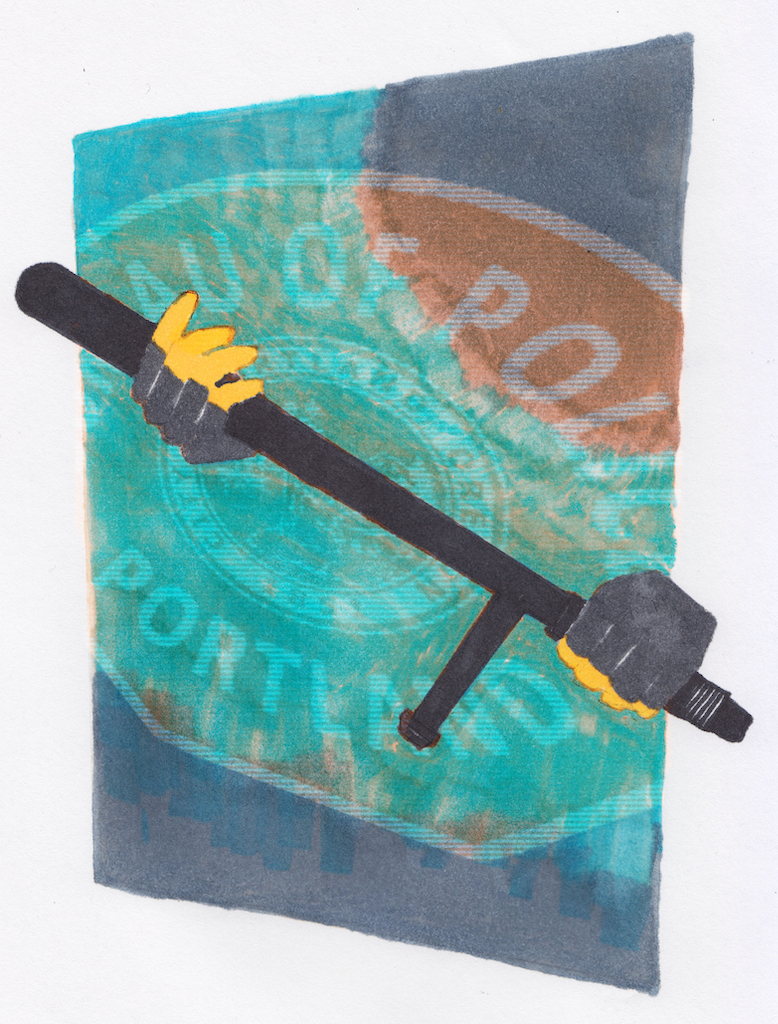 Portland Police is out of control and needs to start taking community policing seriously.

Increased violence against Portland’s marginalized communities, indifference to community engagement and an aversion to adopt policy recommendations are some of the examples of how Portland Police is failing our communities.

The most recent example of police violence took place on Friday, Sept. 20, when students in Portland—and around the world—participated in one of the largest climate strikes in history. Portland police still managed to steal the spotlight after video footage emerged on Twitter showing police officers mowing through a human wall of teens in order to arrest a Black teen for disorderly conduct.

Portland City Commissioner Jo Ann Hardesty, in a Twitter post, lambasted Portland police actions during the climate strike. “Every encounter with the public is an opportunity to show community trust, yet this is how these officers chose to interact with children peacefully engaging in direct action,” Hardesty wrote.

Portland police arrested the teen after he and another Black teen refused to step down from the metal railings on the Hawthorne Bridge, separating the lane designated for protesters and vehicles. Video footage of the incident shows two officers yanked both Black teens from the railing, but a group of protesters pulled the two Black teens away from the officers.

In a press release regarding the incident, Portland Police Bureau stated that “officers were concerned about the extremely unsafe circumstance and saw arrest as the only option.

If the officers were concerned about the teens’ safety, the decision to pull them into the vehicle lane to administer an arrest seemed…odd. The officers then followed the marchers across the river to complete the arrest leading to the events captured in the viral video.

“Safety is of utmost importance to Portland police, and it is a common tactic to delay arrest to a time when it is safer,” Portland Police stated. “It’s an attempt to avoid a flashpoint and avoid the risk of having to use force.”

In a stroke of irony, the “flashpoint” and “use of force” Portland police attempted to avoid occurred in an incendiary fashion, enflaming protesters’ indignation as officers plowed through a crowd of young people and pinned two teens to the ground.

Again, if the initial arrest attempt happened in order to maintain the safety of the teens, arresting them after they stopped standing on the metal railing made no sense. It is more likely that the officers needed to make an example of one of the teens in a misguided attempt to reaffirm their authority over these children that dared to march for environmental justice. On a day intended to unite all against climate change, the repression of minority youth by the state is emblematic of the devastating effects policing has on communities of color in Portland and around the world.

Portland police behavior is not particularly surprising for a police department that is continually under scrutiny for excessive use of force. In a 2017 report by a citizen advocacy group, Empower Portland, author and community organizer Nate Cohen highlighted injuries protesters received from stinger grenades, “flash-bang” grenades and “other grenade-type weapons” during a 2017 counter protest of the right-leaning group Patriot Prayer.

The report, which was endorsed by the American Civil Liberties Union of Oregon, recommended banning these devices, along with adopting certain reforms, including forcing Portland police to report all use of chemicals and devices to local emergency rooms, clinics and any other emergency medical service organizations. Portland Police largely ignored the report.

Cohen stated in a message to Vanguard that the devices are “designed to affect large groups indiscriminately, so even if we were to assume the officer’s deploying them responsibly, there is still very little way for them to control who is impacted by their use.”

After a Patriot Prayer Rally in 2018, in which more protesters suffered injuries from these grenade-like devices, Portland Police Chief Danielle Outlaw placed a temporary ban on them. One of the injured protesters, Michelle Fawcett, suffered third-degree chemical burns and, in August, filed a $250,000 lawsuit with the ACLU of Oregon against the city of Portland.

“By firing flashbangs directly at the crowd of protesters, rather than overhead as intended, Portland police officers demonstrated an alarming lack of concern for the safety of Portland citizens,” the lawsuit wrote.

Portland Police failed to be proactive and take policy recommendations seriously leading to several more injuries and a $250,000 lawsuit.

“The injuries Michelle and others suffered at that event are proof that the bureau’s use of advanced weaponry in response to first-amendment protected events is an active danger to public safety and need to be significantly altered,” Cohen stated.

If Portland Police believed in community policing, they would understand their city is one of the most civically engaged cities in the United States, and they would prioritize the safety and security of all protests and demonstrations. Instead, Portland Police’s inaction on the grenade-like devices led to unnecessary violence against protesters, widening the already prominent deficit of trust that has permeated in Portland.

A community outreach report conducted on behalf of Portland Police found that 70% of respondents felt Portland Police’s policies were not fair and effective, and 73% believed officers consider race and ethnicity when enforcing the law. These numbers jump to 85% and 81% respectively in the African American community.

This distrust of Portland Police stems from a history of officers using deadly and excessive force against members of its community. In the city of Portland’s 2018 quarterly use-of-force reports, Portland Police reported that 28% of use-of-force incidents involved a member of the African-American community. However, the African-American population in Portland sits just shy of 5.7%, according to the U.S. Census Bureau.

Despite the numerous objections by community groups, Portland Police continues to ignore policy recommendations related to Portland police’s excessive use of force; this is best exemplified by the now-defunct Community Oversight Advisory Board established as part of an agreement between the city of Portland and the Department of Justice after a 2012 report concluded that Portland Police used “unnecessary or unreasonable force against people with actual or perceived mental illness…using more force than necessary to effectuate arrests for low-level offenses.”

The COAB was disbanded in 2017 with no meaningful policy adopted by Portland Police and replaced by another committee.

This is the underlying issue with the Portland Police: They pay lip service to community-engagement and policing through the bureaucratic motions that look good on paper, but have displayed persistent negligence when offered an alternate avenue by members of the community.

The community has spoken on several occasions, it is not enough just to listen. We need action against police violence now. 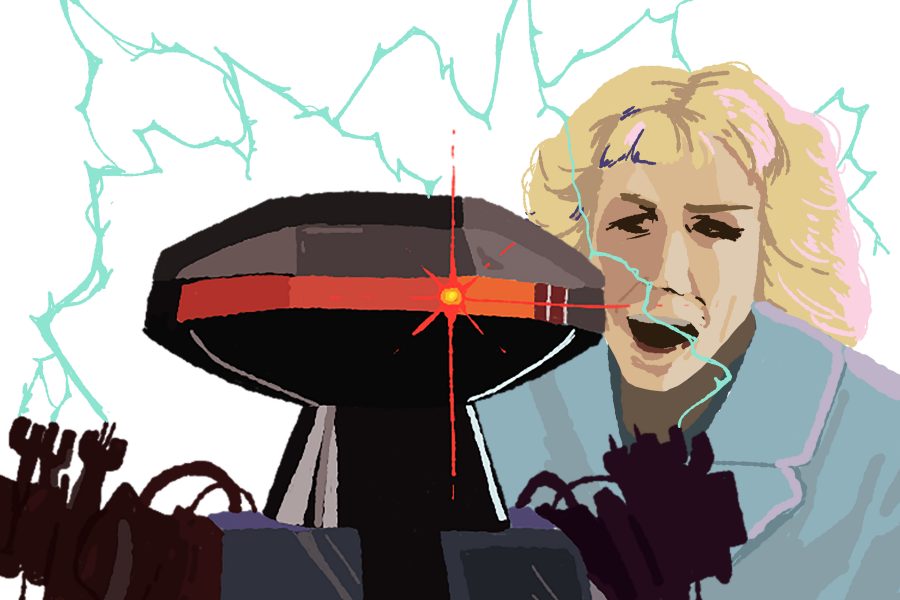 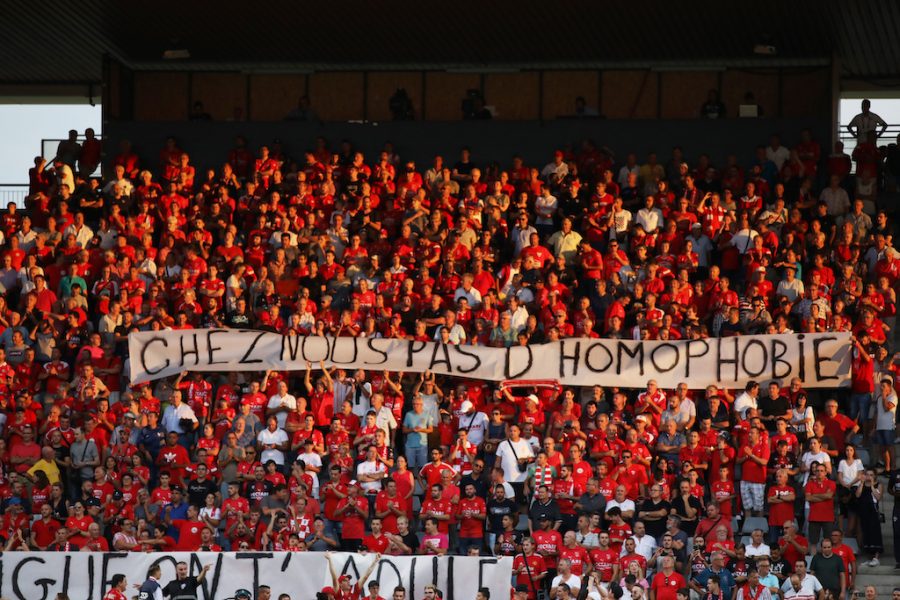