To say that the political relationships between Republicans and Democrats across the country have become severely divided is an understatement. The movement of Oregon counties to consider joining Idaho—while a small and relatively fringe initiative—only goes to show that the political divisions between the Republicans and Democrats are still quite apparent in one of the most historically blue states in the nation.

However, what makes this political situation unusual is that the poll predictions for Oregon leadership in the upcoming election—with a particular focus on the gubernatorial race—shows an unusually marginal lead for Tina Kotek, with Republican candidate Christine Drazen still being a robust contender for the gubernatorial win in November.

In an interview with The Vanguard, Chairperson of the Oregon Democratic Party Carla “KC” Hanson expressed doubts about the polling numbers. “I think it’s a sign of a lot of money going into advertising [for Republicans]—which is a lot of false advertising,” she said. “This is mostly a result of a three-way race with gubernatorial candidate Betsy Johnson… She is a spoiler with a lot of funding and a lot of push… this throws a lot of political norms out of the window.”

Hanson pointed out how young voters between ages 18–25 represent an extremely important group of voters in Oregon for the upcoming election and explained that young voters need to be active. Sadly, historical elections have shown that young voters do not tend to vote as frequently, which Hanson herself shared her experience with. “In college I may have been an occasional voter too… but I didn’t get involved with the Democratic Party until I recognized the Democratic Party was in line with my view,” she said. “I think young people get involved first because they see an issue and they expand beyond that and then they get involved in voting. Of course most people who get involved with an issue already recognize the necessity of voting first, but prior to that most [college students] people are just trying to get their tests done and figure out how to make their rent payment… What college students face nowadays with costs and tuition rates are out of control… education is a right… The Democrats want to bring that back to balance. There’s no question in my mind on which political party is better for the students.”

When asked if Hanson thought the Oregon Republican Party holds the same values in the importance of education and college, Hanson was quick to respond. “I don’t think they [Republicans] care much,” she said. “I haven’t seen them do anything to help with spiraling education costs… I don’t see any effort to support students when I see the Oregon Republican legislature vote against tenant protection or voting against minimum wage. Tina Kotek, for one, has been a champion of those things… it’s easy enough to say that these things are a right, but when asked how they’re going to make it happen? The Republicans don’t have answers.”

Hanson also stressed her party’s platform on reproductive rights. “What we hear when we are trying to talk to Oregonians, when we knock on their door or call them on the phone, is that women are worried about their personal freedom—and while Oregon is safe for now, women are about to lose that reproductive freedom,” she said. “If Congress and the Presidency loses to the Republicans in the next two years and there’s an abortion ban, we can look at what is happening to other states. Republicans say they are for state rights, but it is only messaging that gets them to the next step that can get them to make decisions at the door… When I talk to women they are terrified, especially child-bearing aged women. It’s something that maybe folks only begin to think about when they have to think about it, such as when contraception fails or a woman is victimized by rape or incest.”

Most of the Republican activity that Hanson mentioned happens at the federal level of the United States. When asked if the Oregon Republican Party is any different from the views or behavior from Republicans on the federal level, Hanson immediately replied that there isn’t a difference. “Remember that most of the funding they’re getting is from out-of-state,” she said. “They are trying to look different but they do not act differently.”

Hanson also stressed the importance of voters taking an interest in their legislators as strongly as the federal legislators, and in the state governor as much as the president. “Frankly, if this gubernatorial election wasn’t a three-way race, this race would’ve already been a landslide,” Hanson said. 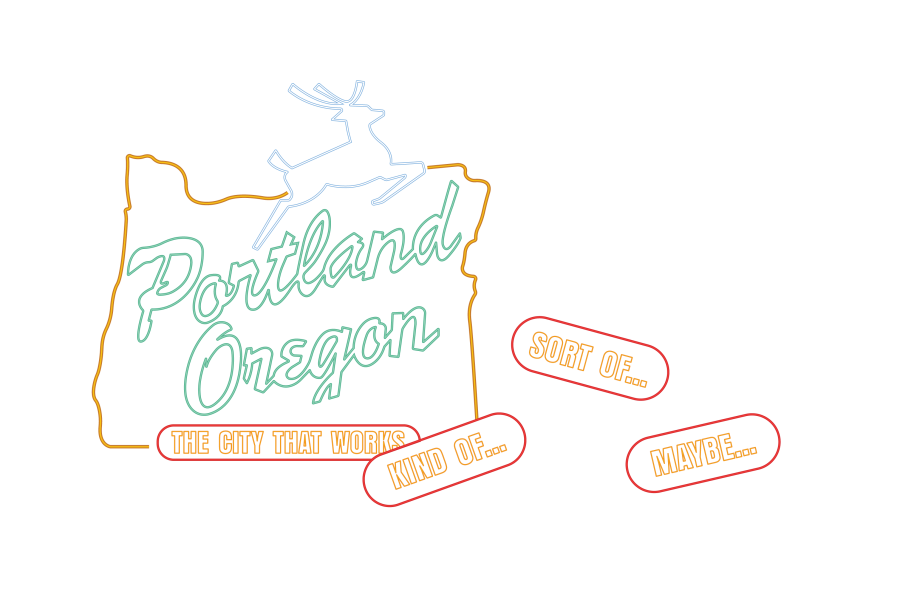