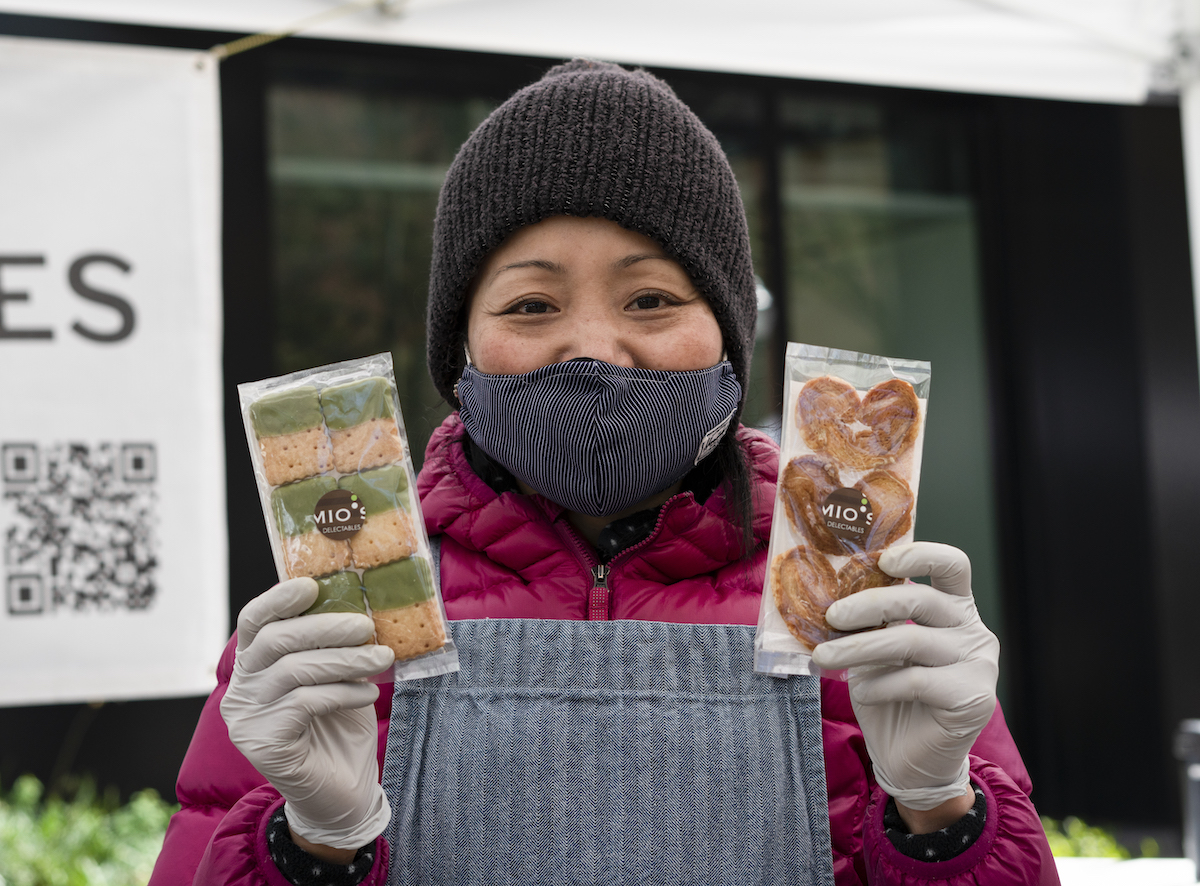 Located in the park blocks on campus at Portland State University, the Portland State Farmers Market is a Saturday tradition that attracts the students, as well as nearby families and residents—rain or shine. But how has the recent ending of the statewide mask mandate affected the market?

Tracy also said that more vendors and customers have come back as certain products have become available once again, and he enjoys seeing people’s smiles return. While the vendor believed that the mask mandate being lifted was a factor in people’s willingness to come to the market, he cited the sunnier spring weather as well.

“Part of it is because of the mask mandate,” he said. “More of it is a product of seasonality.”

A spice vendor nearby agreed that the spring weather has played a role in attracting more people to the market. Ali, a long-time saffron seller at the market, said he was returning to the event after taking a few months off due to the cold. He said he didn’t think that masks were a large factor in people’s return to the farmers market.

For some participants, the recently lifted mask mandate is still a cause for concern.

In another corner of the market, a couple of bakery employees shared their trepidation about the mask mandate.

“I think it’s too soon,” one of them said. “I’m comfortable as long as I, myself, am wearing a mask, but I think it’s a little early for the indoor mask mandate to lift.”

Ryan, a PSU student who has worked with an apple vendor for the past year at the market, shared the same opinion.

“I don’t think the mask mandate should be lifted,” he said. “But I don’t feel quite as bad because we’re outside.”

Wearing a mask while working at the market, Ryan cited a sense of social responsibility in his choice to continue wearing one at work.

“Until COVID gets less serious and there’s less compromised people at risk, I don’t want to