The people of South Africa celebrated Freedom Day on April 27, which honors the 25th anniversary of the dissolution of the apartheid, a legislative system that enforced racial segregation in many aspects of life, including living areas, public facilities and romantic relationships.

Freedom Day is “the commemoration of the first democratic elections held in South Africa,” according to the country’s government. Many of those who celebrated Freedom Day wore the colors of the ANC to honor Nelson Mandela, who “played a crucial role in the struggle that ended the brutal system of racial discrimination” before he died in 2013, according to AP News. Some 3,500 people danced and sang in Kwa-Thema, a small township east of Johannesburg.

Mandela, leader of the African National Congress political party, was officially the country’s first democratically elected leader on April 27, 1994. The 1994 elections were the first elections in South Africa in which everyone over the age of 18 was legally allowed to vote regardless of race. Previous to this election, only the white population was allowed to vote.

“On this day 25 years ago, we founded a new country defined by the principles of equality, unity, non-racialism and non-sexism,” President of South Africa Cyril Ramaphosa said at a rally. “Despite the passage of time, it is a day we remember vividly—the exhilaration of seeing nearly 20 million South Africans of all races waiting patiently at polling stations around the country to cast their ballots.”

Despite the celebration of freedom and equality, Quartz Africa reports South Africa as “one of the most consistently unequal countries in the world.” With a 27% unemployment rate, more than half of the population lives in poverty. The number of people in poverty, despite decreasing for several years, suddenly increased in 2015, according to Statistics South Africa.

According to SSA, children under 18 have the highest poverty levels. “Growing up in poverty is one of the greatest threats to healthy childhood development,” the report stated.“Unfortunately, in 2015 this was a reality for over 13 million children living in South Africa.”

With presidential elections happening May 8, several political parties including the ANC took advantage of Freedom Day to reflect on current issues in the country while highlighting the concerns of the electorate.

“There are great divisions between rich and poor, between urban and rural, between men and women, between those with jobs and those who are unemployed, between those who own land and those who were deprived of it,” Ramaphosa, an ANC member, continued at his Freedom Day rally. “As we celebrate 25 years of democracy, we need to focus all our attention and efforts on ensuring that all South Africans can equally experience the economic and social benefits of freedom.” 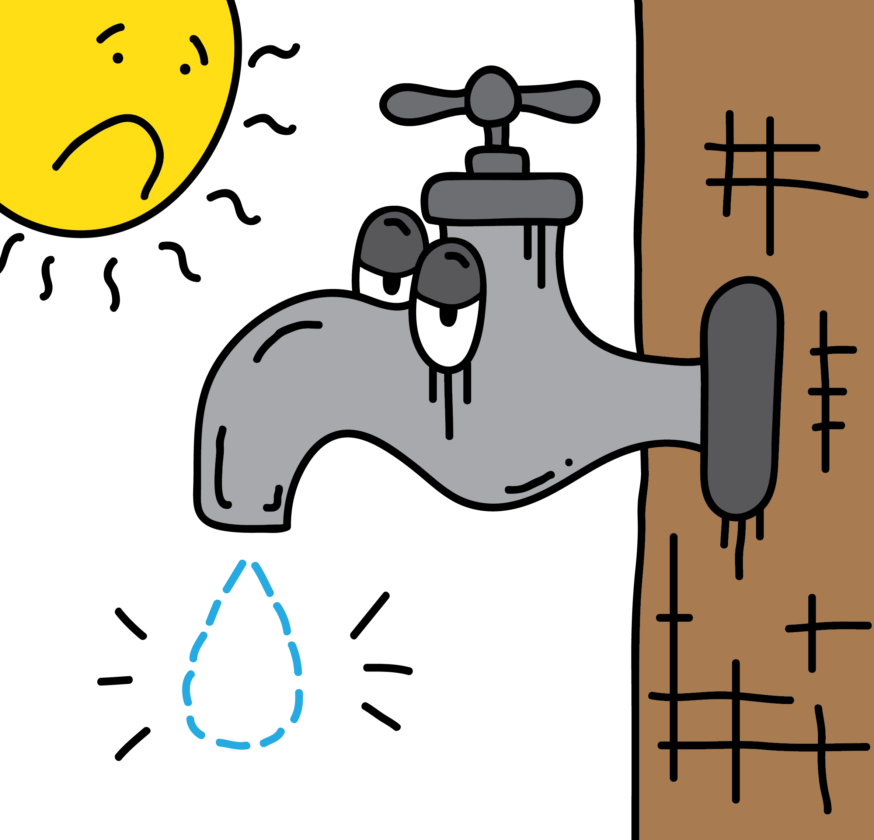 The Cape in catastrophe