There is a growing sense of urgency for public opinion to settle either in favor of, or against, the proposed war on Iraq since the passing of a resolution by the U.S. Senate this week to authorize military force against Iraq if necessary.

Lauren McCartney, 19, a sophomore anthropology major at Portland State University, participated in the anti-war rally and march that took place on Oct. 5 in downtown Portland.

McCartney believes the proposed war against Iraq is rushed and without real basis.

“To say that Saddam Hussein is bad is not good enough,” she said. “Our government isn’t exactly great.”

Talk of the possibility of attacking Iraq arose hot on the heels of failed attempts to ferret out Osama bin Laden after the Sept. 11 attacks on America. McCartney expressed sympathy for the families of the victims but wondered if perhaps the attacks weren’t a response to U.S. foreign policy.

“There’s a lot of people pissed off at America,” she said. “We terrorize other countries, within our definition of terror. Much more than we’ve been terrorized.”

She said that, as far as she knows, there is no more of a threat to the United States now than before the attacks.

“There is always the threat that people want to kill you,” she said.

Shahriyar Smith, 21, a double major in political science and philosophy at PSU, supports the Bush administration’s proposal to attack Iraq.

“Saddam Hussein is a clear threat,” he said.

Smith described Hussein as a “madman” and a “totalitarian” who has deceived the U.S. and failed to comply with the provisions stated in the United Nations Security Council Resolution 687.

U.N. Resolution 687 explicitly forbids Iraq to use, develop, construct or acquire any nuclear, biological or chemical weapons, as well as missiles with a range greater than 150 kilometers.

While Smith admitted there might not be much evidence that Iraq has weapons, he believes Hussein’s hesitation to agree to immediate and unconditional inspection is proof enough he has them. His understanding is that Hussein at first denied requests to inspect, and then later agreed, with the conditions that the palaces remain off limits to inspectors and two weeks be given between the time of agreement and the date of inspection.

Smith feels the goal of pre-emptive military action is to separate Hussein from Iraq so the U.S. can build a relationship with a more humane leader.

Smith also stated the U.S. has an obligation to protect its allies. He believes if Hussein is not confronted, he will use weapons against neighboring countries such as Israel and Saudi Arabia.

McCartney believes the real threat is to civil liberties. She is suspicious of the recent arrests made by the FBI and the Homeland Security Task Force, and asserted they were made on suspicion and without evidence.

McCartney pointed out the U.S. doesn’t seem to involve itself in disputes unless it has something to gain. In the case of Iraq, she said, the U.S. would gain access to and control of oil.

Instead of spending more money on the military or war, McCartney feels the U.S. should concentrate its resources on making the world a better place by promoting education, nutrition, the environment and peace.

McCartney admits that it sounds idealistic, but she believes peace is possible.

“It’s the easy way out to say that peace can’t happen,” she said. “People just need to get involved in what they believe in.”

What does McCartney think the U.S. should do instead of going to war against Iraq?

“That’s a hard one,” she said. “I don’t know what we should do. We depend on domination in order to survive.”

She suggested that alternative solutions to war should be presented by government officials.

“That’s what they’re hired to do,” she said.

Smith feels war is the only viable solution that has been presented to deal with the threat from Iraq. He said that the solutions suggested by advocates for peace have either been impractical or have already been tried, without the desired results.

If the U.S. does not act now, Smith fears greater disaster and casualties will arise from Hussein’s actions than the war against Iraq would create.

“The danger of not acting is the drive for war,” he said. “What are the risks if we don’t act? [Hussein] will kill hundreds of thousands of innocent people. We need to eliminate the threat before it becomes worse.”

Smith said the actions against Iraq would be best taken with U.N. backing, but it shouldn’t be a prerequisite.

“If Europe is not with us, we can act alone,” he said.

Smith said he would be willing to serve in a war if he were called on. He admitted he would be scared and the experience wouldn’t be pleasant, but he feels the weight of his obligations to his country.

He added that he thinks the people who are against war may not have an understanding of what America is.

“America has done bad things, but we also have liberties and blessings.”

Many people are confused by the conflicting viewpoints and aren’t sure where they stand. Lori Berger, 32, a post-baccalaureate student at Portland State University, is one of these.

Although she wouldn’t be pleased if her husband were called off to fight, Berger feels she doesn’t have enough information to take a side. This is due, in part, to a lack of vested interest in the issue. She said she has never been directly affected by war, and that makes it easier to ignore the discussion.

“A lot of people in Oregon don’t want to address the issues, myself included. We keep going on about our daily lives,” she said.

Kaysinger sets her sights on coaching 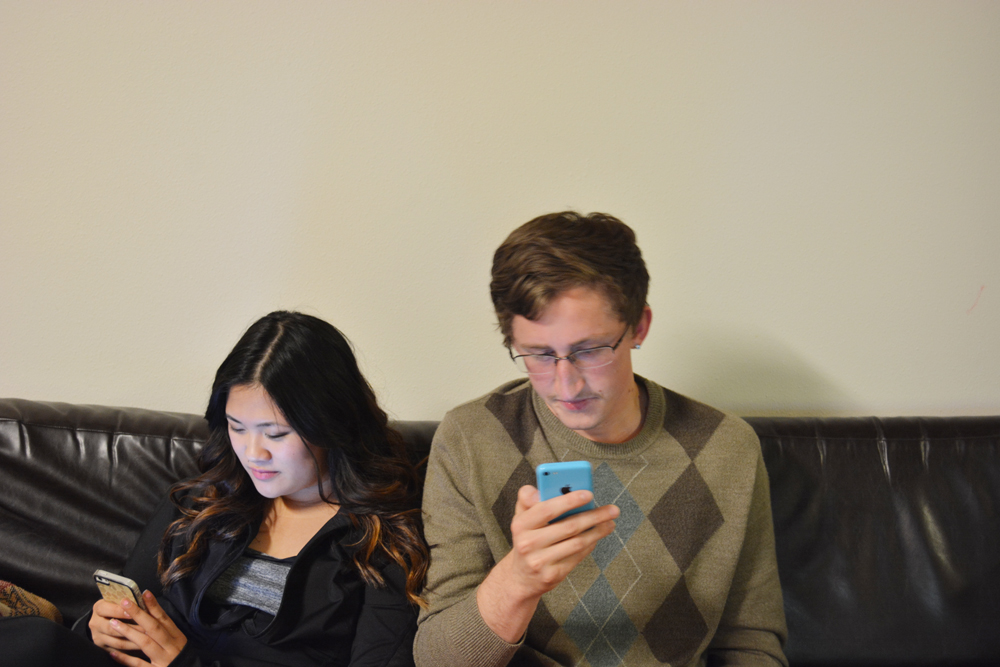