That is the essence of advice from Dan Fortmiller, director of the Information and Academic Support Center.

He listed three critical areas in finals success: Ongoing review of course material, serious consideration of what the test is likely to be on, and prior conversations with the teacher as to what to expect.

“Hopefully, students have engaged in an ongoing review process,” he says. He advises continual review of class notes throughout the term to keep the material fresh in mind.

“If, in the 10th week of class, students haven’t reviewed the first couple of weeks. They’re going to have a retention problem,” he said.

“That would be a lot like going in for a job interview without researching the company you’re applying to,” Fortfmiller said. The student should think of what possible questions may be asked and how they should be answered.

His third piece of advice is to go to the professor’s office and talk to the professor on what types of questions will be asked, what areas of the course will be emphasized.

“Nothing ventured, nothing gained,” Fortmiller says of these student-professor encounters.

When it comes to essay exams, he advises the student to treat the exam as the same as writing a paper, except under time pressure. In this approach, the student is well advised to consider an outline.

“What are the five points I need to cover in this essay?” he says. “What should be the conclusion? Think of an outline before you write.”

If the test is multiple-choice, it is crucial not to spend too much time on the first question.

He advises a somewhat philosophical approach to the entire spectrum of final exams, pointing out that the teacher fills an important obligation in the process.

“A good test is not only a measure of how well you’ve been taught, it rests on how well you have been able to store that information.”

It’s important, he says, to maintain good physical condition prior to finals.

He reminds that he conducts test-taking workshops at the beginning of each term.

His final advice is, “This is the key to test-taking. You cannot do in one week what you were supposed to do in 10.” 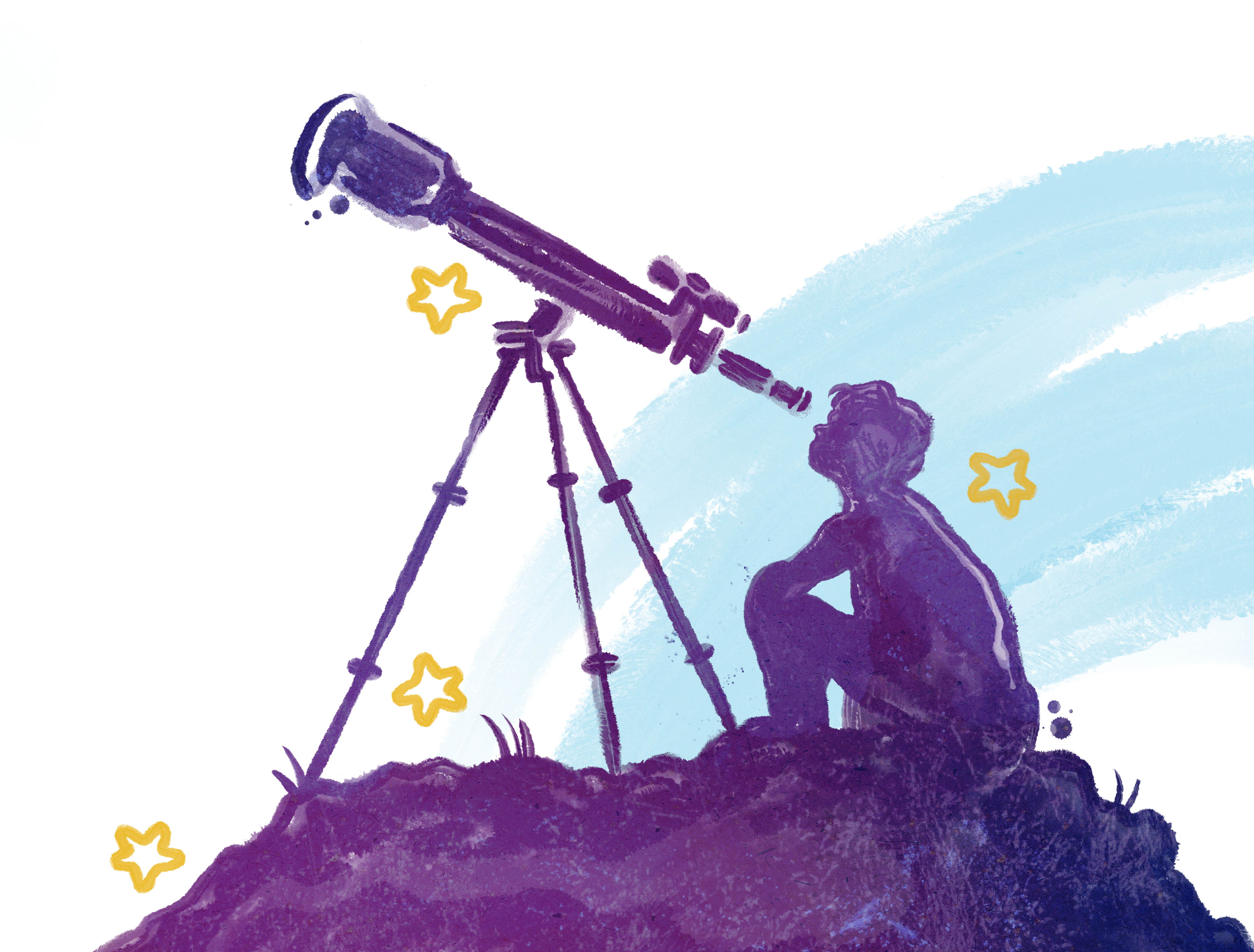 With backyard astronomy, the sky’s the distance