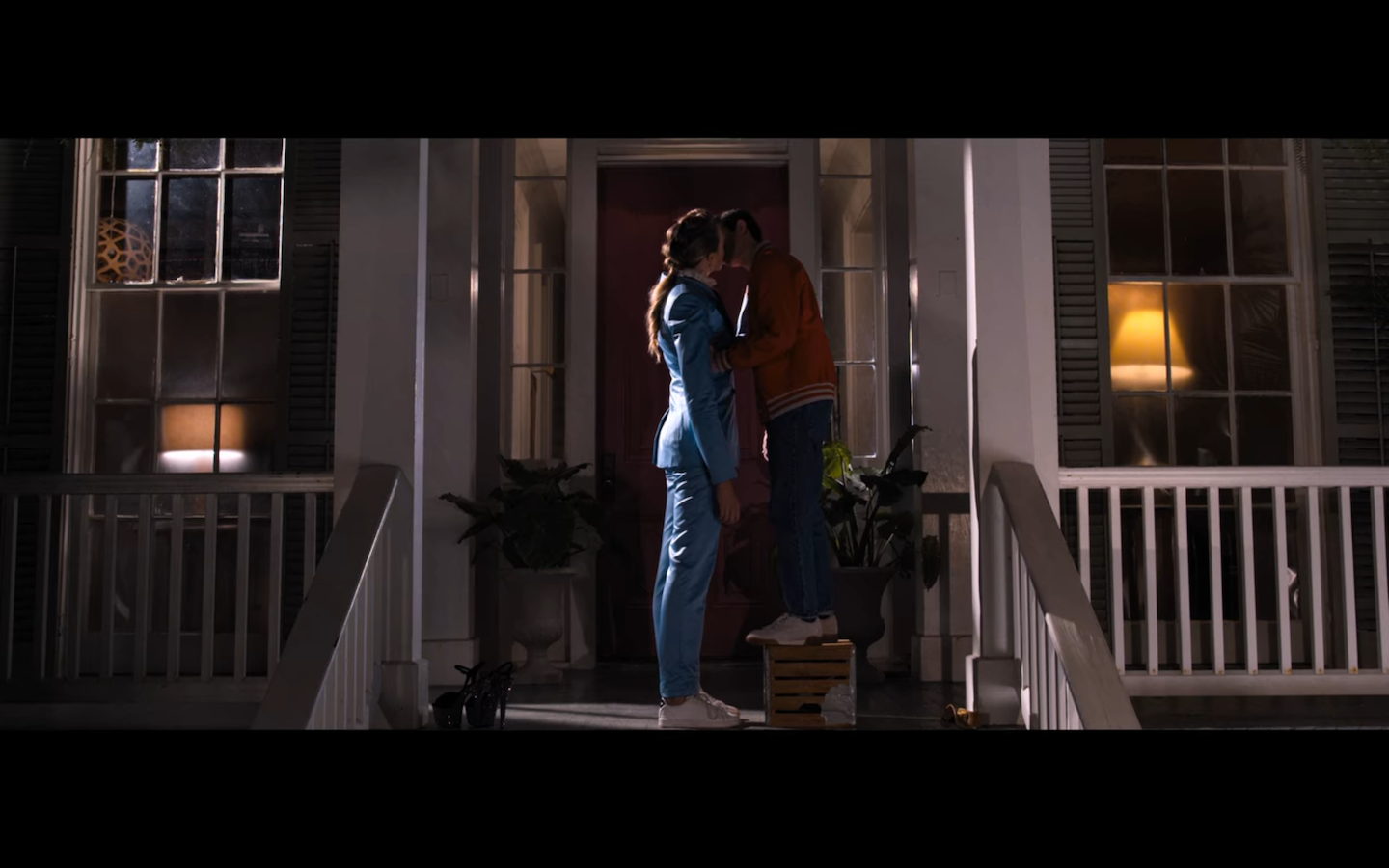 Quarantine can get pretty boring. Sometimes, after I’ve exhausted the entertainment of the day, I find myself diving into the shadowy depths of the most baffling, terrifying things I can think of: Netflix originals.

Some are good. Some even reach the levels of greatness—think Stranger Things, or The Irishman. Many are terrible. Horrible. No good, very bad, absurd movies and television shows that often require nothing but a soulless, money-grubbing producer, a rich guy with a shitty idea and time on his hands, and writers who have become cogs of a churning machine that sucks the creative drive out of their bodies and pumps it into profit-producing husks of what used to be art.

If you can’t tell, I hate them.

You’ve seen them before. They have “posters” that are just a zoomed-in picture of some B-list actor’s face, with some saccharine title like “Always Be My Maybe” or “When We First Met.” They have tags like “quirky” or “witty.” They are neither. They somehow always include Adam DeVine, Adam Sandler or David Spade. Do yourself a favor and search “comedy” or “romance” in the Netflix search bar and see what comes up. Actually, no, don’t do that. Have some self respect.

But out of my obligations as a journalist, and for the sake of the readers of this newspaper, I took time out of my ever-shortening life to watch some of these Netflix originals. It was difficult. I don’t think I’ll ever be the same. May this be a warning to all who wander in the halls of Netflix original productions: turn back! There is nothing here but misery and heartbreak.

“Why was this made?” That’s the question I asked myself the whole time I was watching this godforsaken film. I could predict the plot within the first 10 minutes based on the tagline alone: “Disaster strikes when a man invites his dream girl to an island resort—but a previous blind date shows up instead.” I mean, that’s literally the whole movie. David Spade—I can’t remember the character’s name and I don’t care—realizes he doesn’t need the supermodel dream girl to be happy, and ends up with the crazy blind date by the end of the movie. They go off happily ever after. The end.

The majority of the “humor” in this movie is basically potty humor that sounds like it was written by a 12-year-old who just typed “boobies” into Google for the first time. I have absolutely no emotional attachment to any character in this movie. The girl—the eponymous Missy—is an infantile, sex-crazed maniac who obviously has some unadressed mental health problems. By my count, she rapes David Spade a total of two times in the film, both of which are played off for laughs. Any rational person would have said, “Hey, I accidentally texted the wrong person, sorry,” and sent her on her way. Instead, David Spade puts up with all the horrible things she does, because the plot demands it.

Things just happen in this movie. There really isn’t any plot to speak of, unless by “plot” you mean “a series of random events happening with no sense of cause and effect.” Netflix has long been plagued by the idea that if they just pump out enough content, they’ll look like one of the “big guys” with a fully-formed movie catalog. This film was, unfortunately, a casualty of that effort.

This movie is about a girl who’s 6’ 1½’’. That’s the main conflict of the movie. I’m not joking. She’s literally just…tall.

The real story is a love triangle, I guess? The tall girl, Jodi, falls in love with a Swedish exchange student named Stig. Stig lives with Dunkleman, a short boy who’s been in love with Jodi for years. He also carries around a milk crate with him all the time, so he can stand up on it and eventually kiss Jodi. Yup.

I mean, it’s a classic love triangle teen-movie plot. I honestly couldn’t care less about the love plot—I’m more concerned with the whole premise of the movie. I mean, she’s just 6’1”! That’s not even that tall! It’s literally just a movie called Tall Girl about a girl who’s kind of tall!

The rest of the plot doesn’t matter. It’s the laziest movie I’ve ever seen. I mean, the title is Tall Girl, because it’s about a tall girl. I just…I can’t. I can’t finish this.

The main actors, Sandler and Jennifer Aniston, both look supremely bored with their roles. Neither of them want to be here. The plot is…confusing, to say the least. The movie plays out like a toddler’s version of Clue. I literally had to check the Wikipedia page to brush up on the plot, and I’m still just as lost.

Sandler plays an NYPD detective, Nick Spitz, who’s not really a detective. He and his wife end up on some billionaire stranger’s yacht (don’t ask me how), the family patriarch is murdered and an investigation ensues. Thus the Murder Mystery title. Clever. The cops believe that the Spitzes are guilty—they’re not—more people die, yadda yadda yadda, they find the real killer, who is some other woman on the yacht. I wish I could go into more detail, I really do. I just don’t have the investment or the energy to care very much about this movie’s story. If you googled “murder mystery story template,” I’m pretty sure the screenplay for this movie would come up. Like The Wrong Missy, things just happen in this movie. The internal logic makes little to no sense. I just couldn’t bring myself to watch any more after the first 45 minutes.

I would have written about more films, but in order to preserve my own mental health, I had to stop. The process of watching just these three took at least 10 years from my life. This is not meant to attack Netflix original productions as a whole. Some of them are legitimately amazing. Netflix has created a wonderful platform for independent creators to express themselves, when they would have been turned down by larger, more established publishers. Animation especially has benefited from Netflix—I’m thinking of series like Castlevania, Bojack Horseman or Big Mouth, which almost certainly would have been refused by another platform. But where Netflix originals fail is when they become a vehicle for a lazy facsimile of art, created just to make a quick buck and cash in on some demographic trend. Platforms like Netflix should be taking risks on indie artists with new ideas, not handing out greenlights to every Adam Sandler and David Spade that walks in the door. They have the ability to do so much more. 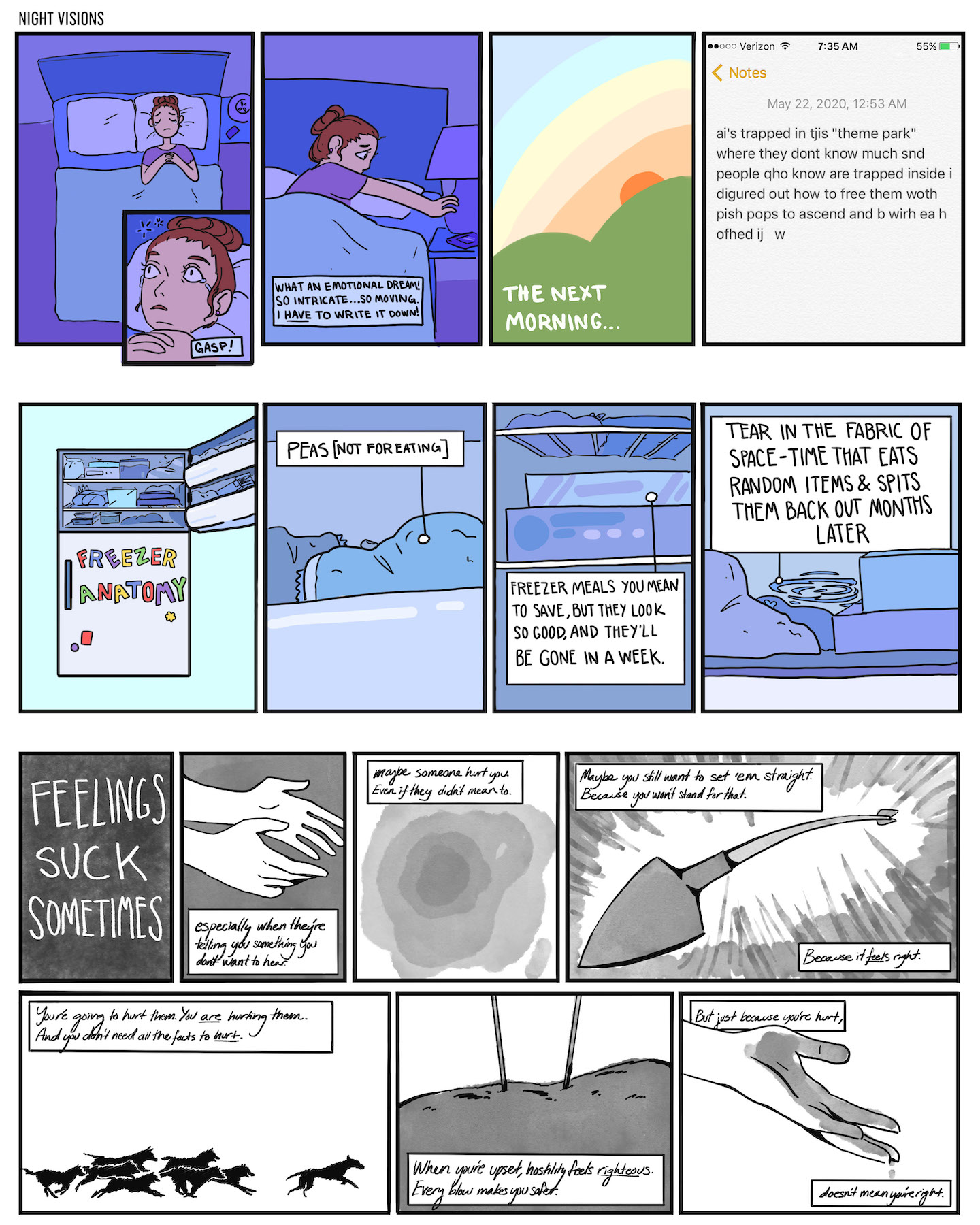 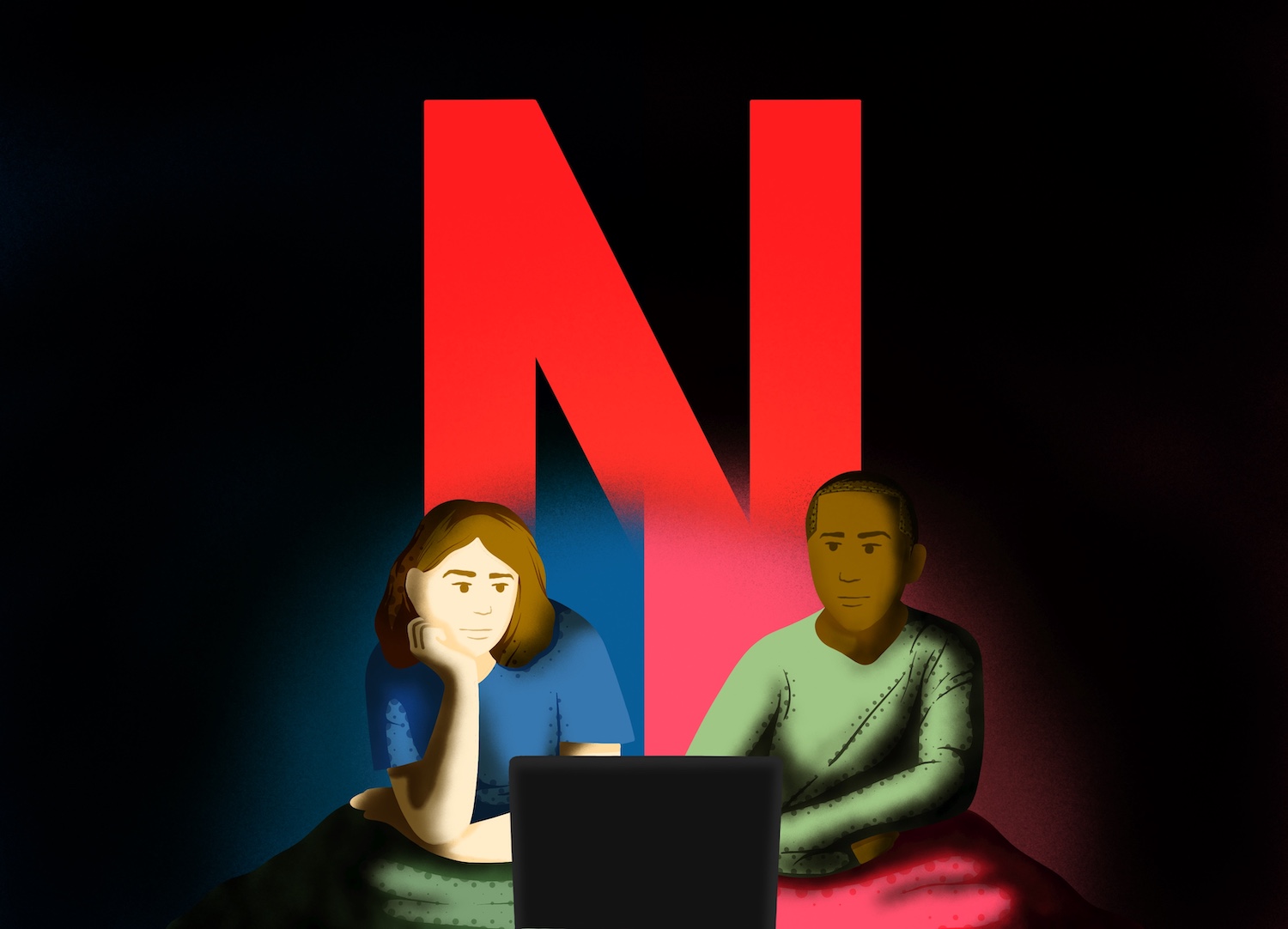 Teleparty to the rescue

Paranormal will make you sleep with the light on