In 1984, a disaster of Orwellian proportions was averted by the Supreme Court when it ruled that home taping of television programs for later viewing constituted fair use. Universal Studios and the Walt Disney Company filed suit against Sony eight years earlier over the copyright implications of the Betamax VCR.

“Were it not for the fair use doctrine,” Fred Von Lohmann, senior intellectual property attorney of the Electronic Frontier Foundation said, “whistling a tune while walking down the street, cutting out a New Yorker cartoon and posting it on your office door or quoting a line from The Simpsons in an email to a coworker would be infringing.”

Title 17, Chapter 1, Section 107 of the U.S. Copyright Act outlines a four-factor test to determine whether utilization of another’s copyrighted idea is “fair use.” Affectionately called “F.U.” by its proponents, its ambiguous, case-by-case nature is both its means for dynamic application and its greatest weakness.

“A wide variety of activities depend upon fair use for legitimacy,” Lohmann said.

Lohmann asserted that when the public is permitted to use copyrighted works freely, a powerful incentive arises to develop new technologies that help the public get the most out of media content. “It has served as a catalyst for innovation and buttress for competition. In the absence of fair use, even industry-endorsed products and services like MP3 jukeboxes and Internet radio would infringe copyright.”

“It would be curious if an idea, the fugitive fermentation of an individual brain, could, of natural right, be claimed in exclusive and stable property,” Thomas Jefferson wrote on the subject. “If nature has made any one thing less susceptible than all others of exclusive property, it is the action of the thinking power called an idea, which an individual may exclusively possess as long as he keeps it to himself; but the moment it is divulged, it forces itself into the possession of every one, and the receiver cannot dispossess himself of it.”

Creative Commons is an organization that believes the founding fathers’ notions of intellectual property are being despoiled by new legislation that restricts the flow of works into the public domain. Patents expire and, if not renewed, others can manufacture derivative adaptations of the original design, potentially allowing millions of songs, texts, films and dances to be used for content or inspiration.

As the winner of Creative Commons’ film contest puts it, “Creativity always builds on the past. Copyright law restricts your access to the past and restricts other people’s access to your work.”

“Even the idea of a Creative Commons is very much on the periphery of mainstream culture, but will become more and more relevant as artists continue to produce more of their art in the digital, networked realm,” Adams said.

“The idea needs legitimacy outside of the computer and academic worlds,” Adams said, “and that will happen naturally as we move toward this environment of complete digital production and distribution.”

Amendments to copyright law have produced confusing results. For example, since 1978, authors do not need to inform readers that they are copyrighted. Prior to 1978, copyright notice, or the “circle c” logo, (c), and registration with the Library of Congress were required for copyright protection. This, along with the seemingly arbitrary extension of copyright terms from 50 to 70 years (via the Sonny Bono Act, AKA Fairness in Music Act of 1998), have produced Catch 22s of maybe-maybe not exclusions.

Creative Commons raises the point that since “it can be easy when you skip the intermediaries – couldn’t it be easier still?” By introducing dynamic, specific licensing for every conceivable circumstance, they have broadened horizons for those who’d take no offense at seeing their ideas remixed, whether a song or software application.

Creative Commons’ first project, in December 2002, was the release of a set of free copyright licenses for public use. Taking inspiration in part from the Free Software Foundation’s GNU General Public License (GPL), they developed a Web application that helps people dedicate their creative works to the public domain – or retain their copyright while licensing them as free for certain uses, on certain conditions.

Of course, civilian licensing and enforcement agencies like the American Society of Composers, Authors and Publishers (ASCAP), Broadcast Music Inc. (BMI), and the Society of European Stage Authors and Composers (SESAC) have sought to protect creative rights for decades. But their thinly-guised partnerships with organizations like the Recording Industry Association of America (RIAA), which joined forces with the FBI to unveil an anti-piracy warning seal Feb. 19, seem more intent on protecting corporate capital than artist’s ideas – as evidenced by the formation of the Artist Empowerment Coalition (AEC).

“The ideas of copy-left, or of a more liberal regime of copyright, are receiving wider and wider support,” said Debora L. Spar, a professor at Harvard Business School recently to the New York Times. “It’s no longer a wacky idea cloistered in the ivory tower; it’s become a more mainstream idea that we need a different kind of copyright regime to support the wide range of activities in cyberspace.”

“That ideas should freely spread from one to another over the globe, for the moral and mutual instruction of man, and improvement of his condition, seems to have been peculiarly and benevolently designed by nature, when she made them, like fire, incapable of confinement or exclusive appropriation,” Jefferson wrote. “Inventions then cannot, in nature, be a subject of property.” 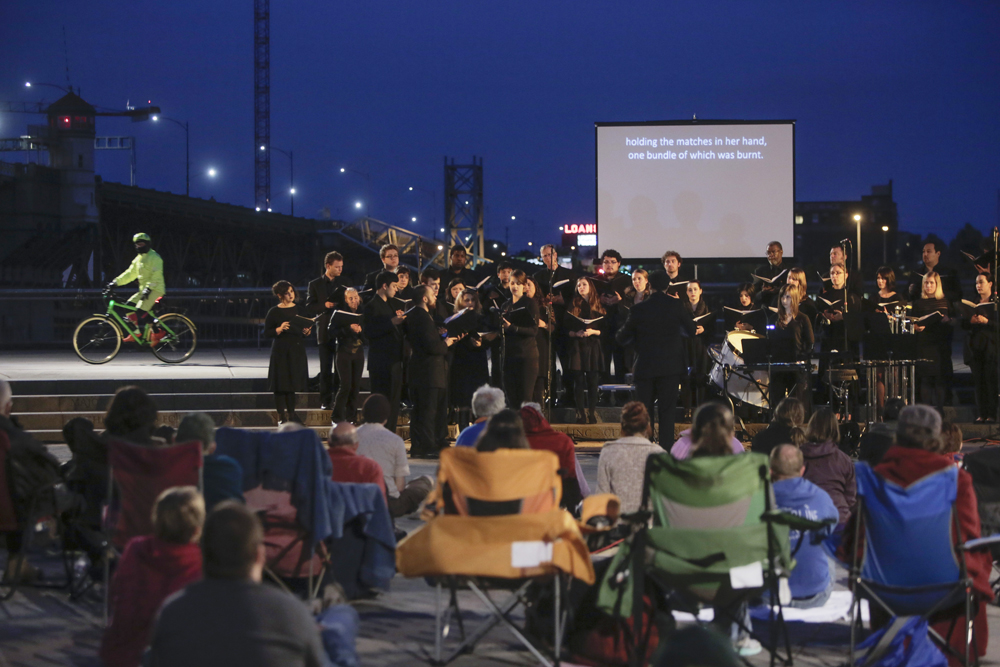