In an all day workshop Saturday, April 6, approximately 30 people worked together, cried together and tried to understand themselves better to help address the topic of racism.

The workshop “Healing the hurts of racism: The role of white people” was from 8:30 a.m. until 6 p.m.

The people in attendance for the workshop included students from Portland State as well as other universities. Faculty members and outside community members were also there.

Nanci Luna Jimenez, trainer and consultant, was the facilitator for the workshop.

“My role as a facilitator is to create enough safety to be uncomfortable,” Jimenez said.

Cameron Hubbe, a graduate student of the graduate school of social work, said Nanci has done a lot of work dealing with the damage of racism.

“She has been a model for me. She has made the decision not to accept limitations,” Hubbe said.

The workshop covered a multitude of topics including: communication skills, shifting frames of reference, the nature of human beings, understanding institutional oppression and becoming an effective ally.

According to the flier for the event, the goal of the workshop is to initiate a support network for people involved in eliminating racism at Portland State University.

“Racism, as of yet, is not over,” Jimenez said.

However, Jimenez reiterated throughout the day that she believed that racism would be eliminated within her lifetime.

Jimenez illustrated throughout the day that people are not bad or evil, their patterns are what are wrong.

She said that all patterns are negative; people develop patterns of behavior as ways to cope. Jimenez said that people have to separate the person from the behavior.

She stresses that this theory is not used to excuse someone else’s behavior but instead is used to explain that behavior.

“Racism is a pattern of behavior. That is all it is and that is what it is,” Jimenez said.

The workshop involved people working through feelings, their own emotional and intellectual journeys.

“Assume where you are, is exactly where you need to be,” Jimenez said.

Jimenez let people have the opportunity to examine topics such as racism, classism and sexism at their own pace.

Jimenez discussed oppression and how it is created through the dominant group of people in power. Jimenez defined oppression as anything that hurts others. She said that racism is a hurt, a mistreatment.

Jimenez noted that the term “dominant culture” does not necessarily describe a numerical majority.

She said there cannot be “reversed oppression” because it would be initiated by people who are not in power.

Jimenez talked extensively, openly and honestly about her own background. She discussed how institutional internalized racism shaped and affected her own academic career.

Jimenez continued her education still trying to find a way to prove her intelligence.

“It’s [graduate school] not set up to develop people, it’s set up to weed people out,” Jimenez said.

Jimenez ended up leaving during her final part of graduate school because of her lack of confidence in her intelligence. Jimenez has a goal to go back and finish her education.

The entire workshop was filled with that kind of honesty. People in attendance were able to open up and share with one another in a unique way.

“Knowing one other person is a revolutionary act,” Jimenez said.

The workshop was made possible through a grant from the Diversity Action Council at Portland State University.

“The school of social work is largely responsible for this event,” said Miriam Caldron, co-coordinator of the workshop.

Calderon said the planning for this workshop began in fall term, the deadline for the grant was December 2001 and funding was approved in January.

The graduate students of social work, Oregon Uniting and the Committee to Advance Cultural Diversity sponsored the event.

@sidebar:For mistreatment to be an oppression, it must have three components

1.) It is in the national consciousness of the dominant culture.

2.) It is reinforced through the institutions of the society.

3.) There is an imbalance of social and economic power.

Kucinich: Changing the face of America 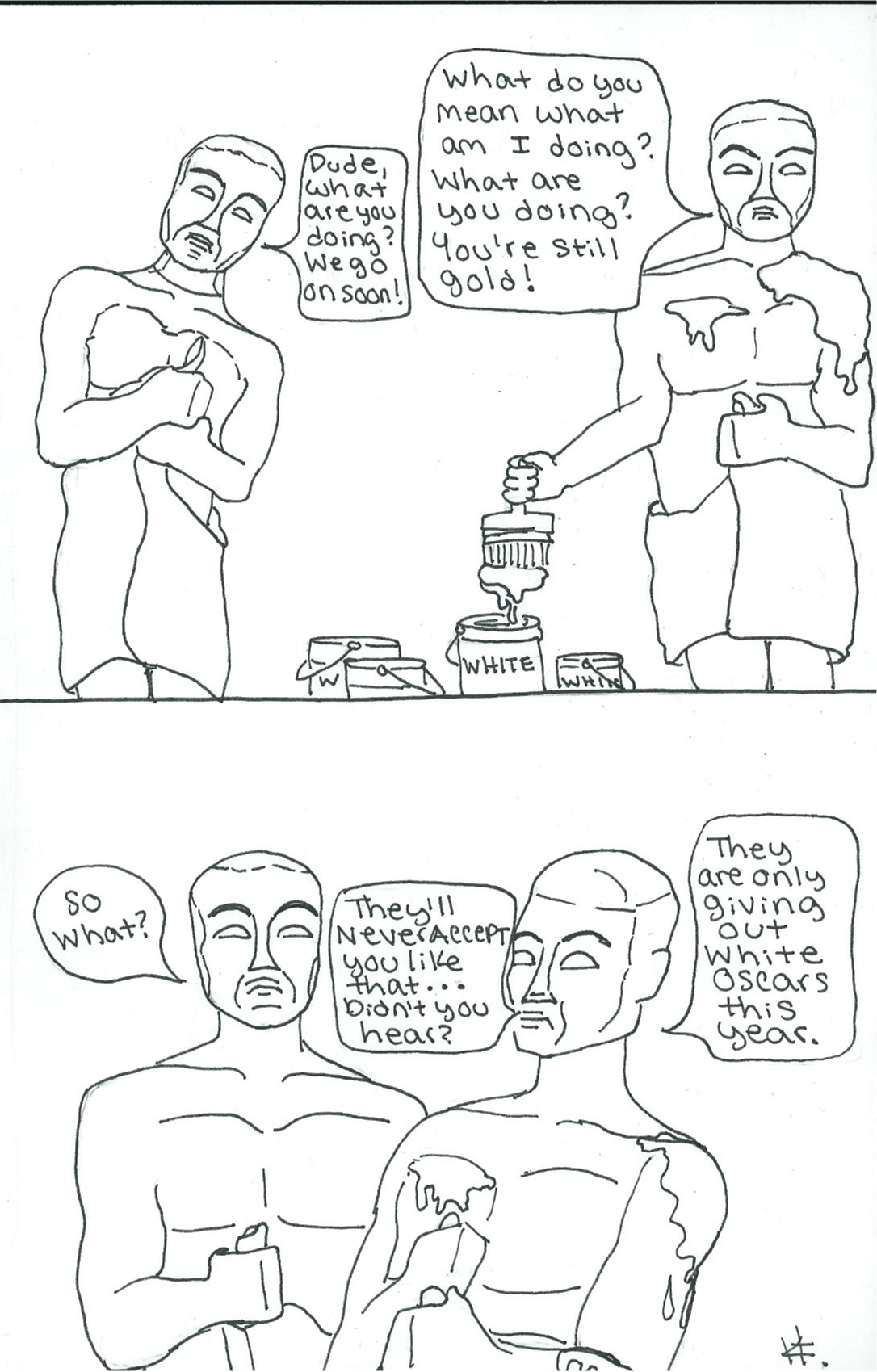