Christmas is so traditional, so cozy, it seems like it has always existed. The Christ child, the manger, the holiday spirit, the shopping, Santa Claus, the decorated tree, the carols, the holiday, the mistletoe – aren’t they things people have always looked forward to?

Well, no. The Yuletide hasn’t always been considered this warm and fuzzy. Christmas has survived through an up and down history, and took much of two centuries to catch on in this country. A celebration which now seems comfortably familiar has been at times labeled strange, devilish, and has even been condemned and outlawed.

Strangely, images of historical Christmas characters other than Santa focus on Scrooge, Tiny Tim and other Victorian English images. Why do we see Pilgrims celebrating Thanksgiving but never Christmas? Why don’t we have scenes of George Washington enjoying Christmas?

The explanation: The Pilgrims and George and his buddies did not celebrate Christmas, unless possibly to go to church. George took Christmas as the ideal time to launch an attack against Hessian mercenaries in the Revolutionary War. Those mercenaries were drinking it up at Yuletide and in poor condition for a fight.

B.K. Swartz Jr., an archeology professor at Ball State University, has published online historical research he compiled into an annual Christmas lecture. At one time, 17th-century colonial Boston had an ordinance forbidding the celebration of Christmas. In 1659 the Massachusetts Bay colony passed a law forbidding Christmas celebrations and the law was not repealed until 1681. The celebration of Christmas was condemned by Cotton Mather, a cranky New England parson. The first recorded New England celebration after repeal of the Christmas ordinance came in 1686. There is evidence that the southern colonies celebrated Christmas as early at 1607. Those southern gentlemen and ladies always did relish a good time.

The United States as a whole showed reluctance to take up Christmas as a holiday. Contrary to common belief, Christmas is not a national holiday. There is no such thing as a “national” holiday. The power to declare holidays is reserved to the states. The first state to declare Christmas a holiday was Louisiana in 1837. Easy to understand, for a state that revels in its Mardi Gras hoopla.

Not until 1885 did the stodgy U.S. Congress pass a law giving federal employees the day off. The last state to declare Christmas a holiday was Oklahoma, in 1907. Historians generally agree that encouragement from the commercial sector helped bring about the wide acceptance of Christmas celebrations, especially the gift-giving.

Some sources say the celebration at Christmas time dates back 4,000 years to Mesopotamian festivities honoring their favorite god, Marduk.

The word Christmas came from Criste maesse, an early English phrase that means Mass of Christ. Our accepted story of Christmas comes from the Gospels of Luke and Matthew in the New Testament. Students of that era say it is unlikely that Jesus was born in a stable or in an outdoor manger. In that period, homes often included attached structures for the housing of family animals.

Most historians today agree that December 25 could not have been the date of Jesus’ birth. The first official mention of that date came about 336 AD in the Roman calendar. More scholarly guesses range around January, February or March as the more likely time. The date of December 25 was more comfortable for the non-Jewish world to accept since it coincided with traditional Roman celebrations. The most popular religion at that time was Mithraism and Mithra was said to have been born on December 25. It was also the time of the Saturnalia, a popular year-end pagan celebration which could easily morph into the Christian Christmas.

Also, geographers have pointed out that the traditional shepherds watching their flocks by night at the time of Jesus’ birth wouldn’t have been out there on December 25. The weather then is much too awful.

It is now generally accepted that Santa Claus originated from St. Nicholas, an early-day Christian bishop. He was said to be actively involved in opposing Arianism, the great church controversy over the trinity which was squelched by the church in 325 A.D. St. Nick’s death was observed with a feast on December 6 until the time of Martin Luther, who opposed the veneration of saints. A lot of Europeans ignored Luther and celebrated the day anyway.

St. Nick was a favorite of the Netherlands Dutch but there is disagreement as to whether or not the Dutch immigrants in New York introduced a Sinter Claes in 1626. By 1773 some New Yorkers of English extraction were observing a St. Claus at Christmas time.

By 1804, Santa Claus became revived in the U.S. as a Dutch tradition of the gift bringer. In that year, he was declared the patron saint of the New York Historical Society. In 1870, Santa became the roly-poly laughing visitor from the North Pole in a drawing by Thomas Nast, cartoonist for Harper’s Weekly.

Hard to accept perhaps, but the bowl-full-of-jelly, apple-cheeked, ho-ho-ho of the Santa Claus was created by Coca Cola. He was painted in his present traditional form in 1931 by Haddon Sundblom, an artist for Coke, as the feature of a holiday promotion. If that isn’t commercial enough to gag you, recall that Rudolf the Red-Nosed Reindeer was invented by a staff advertising copywriter for Montgomery Ward.

In 1969 the Roman church removed the St. Nicholas feast from its calendar, in effect de-sainting St. Nick. Furthermore, to completely debunk the current illusion of Santa and his sleigh, be advised that there are no reindeer at the North Pole.

The World Book encyclopedia states that the first Christmas trees in the United States were used in the early 1800s by German settlers in Pennsylvania. The tree can be traced back to a medieval custom known as the Paradise Tree, an evergreen decorated with apples. It wasn’t until the mid-19th century that the custom spread around the world. As late as the 1840s Christmas trees were seen as pagan symbols by Americans and not widely accepted in the United States.

The social acceptance of the Christmas tree gained momentum in 1846 when England’s Queen Victoria and Prince Albert were sketched standing with their children around a tree. Franklin Pierce was the first president to install a Christmas tree in the White House, in 1856. The first national Christmas tree lighting on the White House lawn didn’t occur until 1923 when President Calvin Coolidge threw the switch.

The tradition of caroling came from a Greek dance called the choraulein. Originally it featured flute music. The French, with their passion for tinkering, turned it into a singalong. Originally trilled at various times of the year, the carol became focused on Christmas by the 1600s. Wassailing, which involved singing door to door with accompanying tippling, was condemned by the early New Englanders as a cause of public disorder, which it likely was.

Holly wreaths were used by the Romans when they celebrated Saturnalia, since it was the sacred plant of Saturn. The resourceful early Christians, mindful of the dangers of persecution, decorated their homes with Saturnalia holly as protective camouflage.

Mistletoe was an old Druid favorite designed to bring good luck and ward off evil spirits. Kissing under the mistletoe developed in the Victorian era, permitting a type of familiarity not usually considered proper in Victorian society. Some say the Romans had a similar kissing good time. Kiss, but don’t eat the white berries -they are considered poisonous.

The first Christmas cards were printed in London in 1843. The first mailings in the United States were traced to 1846, a year probably cursed ever since by postal letter carriers.

The most common complaints about Christmas are the emphasis on gift-giving and the use of “Xmas.” But gift-giving has been associated with festivals since ancient times. The Bible has the magi bringing gifts to the baby Jesus. As for Xmas, it has been common and considered appropriate since the 16th century and some authorities say even earlier. The spelling found particular favor among the Greek Christians, who have been celebrating in their own style since the ancient heyday of Constantinople. 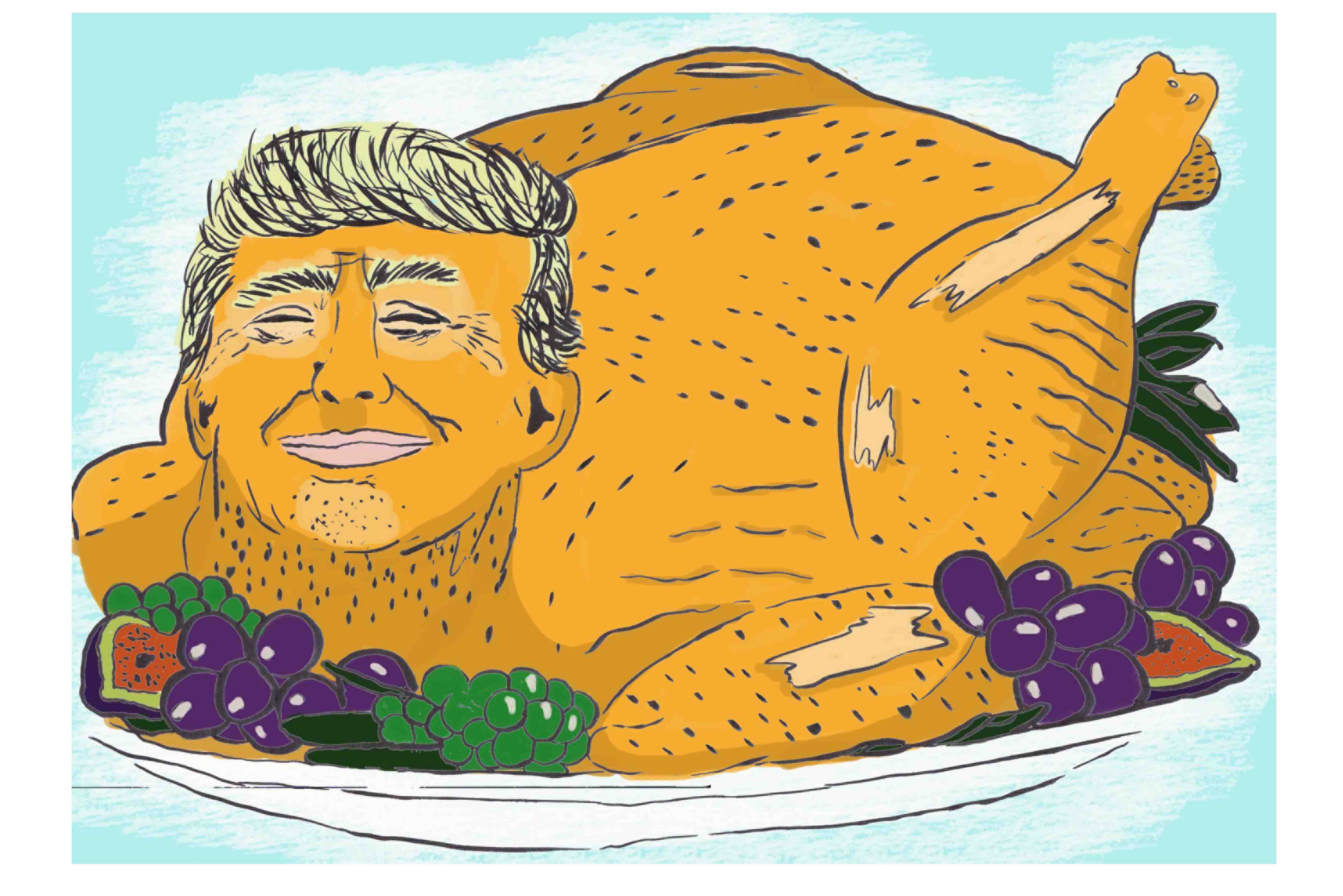